Whether you’re an equal-opportunity jewelry lover with a penchant for natural gems or a card-carrying crystal collector, you’ve probably noticed: moss agate is the stone of the moment. Cementing its place in our hearts and jewelry boxes, this increasingly sought-after sparkler is composed of a milky quartz flecked with mesmerizing emerald wisps that resemble carpets of moss and fern fronds along the forest floor. With its beautiful earthy vibe, moss agate is as elegant as it is evocative, making it an excellent choice for outdoorsy folks with an ever-growing lineup of house plants, as well as those who just want to add a touch of greenery to their wardrobe.

Moss agate may be enjoying a present-day popularity boost, but the stunning semi-precious stone has been turning heads for centuries. Believing that it would bring a bountiful harvest, Victorian European farmers hung moss agate on the horns of their cattle and tree branches as a good luck talisman, and in other cultures, moss agate has been traditionally associated with emotional tranquility, new beginnings, and abundance. Sold? Us too—and we've taken the liberty of rounding up a few of our favorite pieces. From gorgeous green gemmed necklaces to radiant rings, read on to discover moss agate jewelry designed to dazzle. 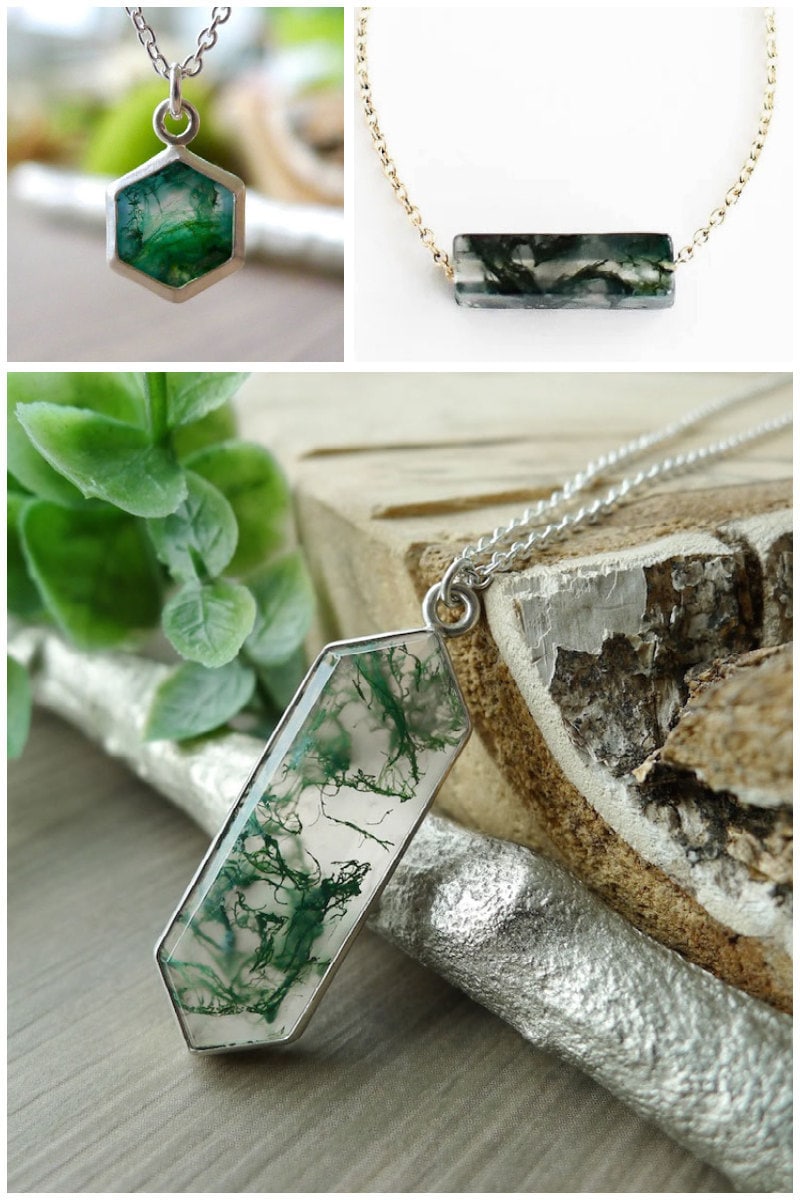 These simple pendant necklaces show off the vast array of colors and textures moss agate has to offer, and they’re ready to be worn on repeat. Layer with topaz, tiger’s eye, or ruby to hone that jewel-toned glow, or go full forest-fantasy with an emerald crushed velvet dress and a set of leafy earrings. 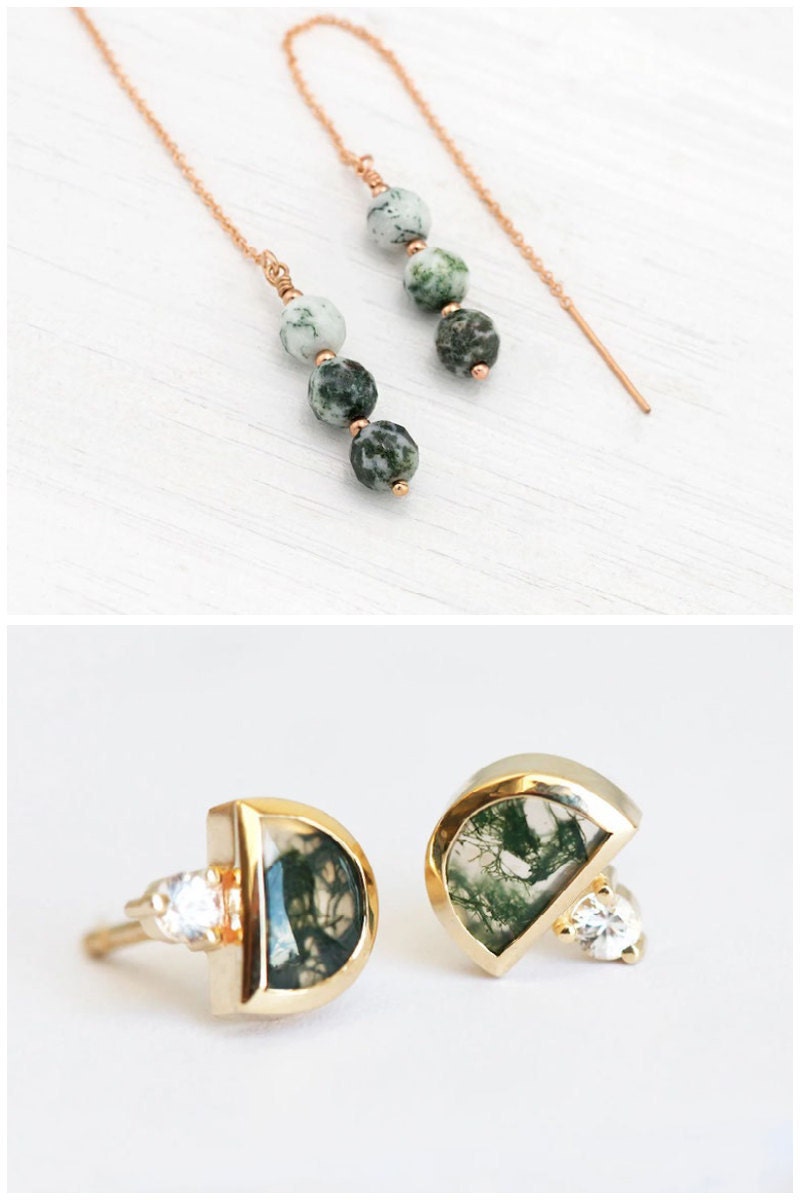 Whether you’re a dangle earring darling or strictly wear studs, these super-special moss agate earrings work equally well as the finishing touch for an upscale cocktail party ensemble, or paired with jeans and a tee as you dash to the café for your morning cup. If you’re lucky enough to have multiple piercings in your lovely lobes, curate a maximalist masterpiece by adding in huggies and ear cuffs for an ear party that’s sure to stand out. 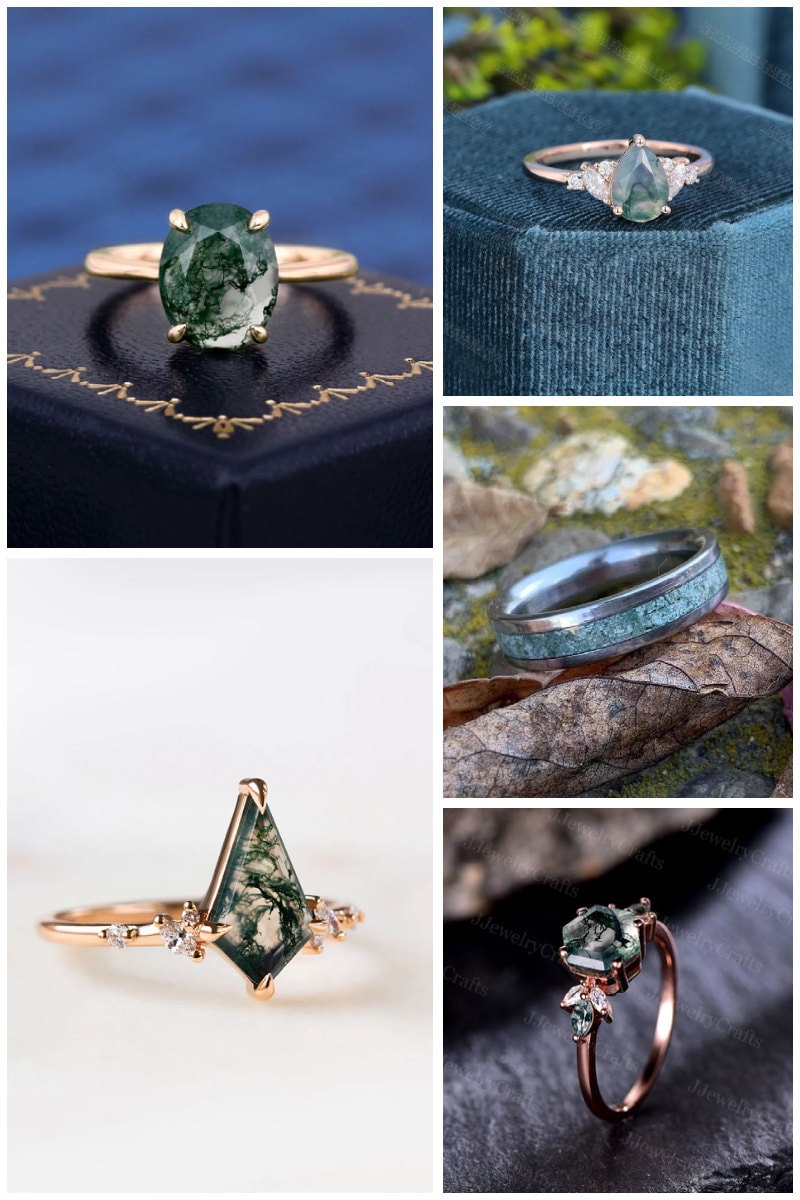 Moss agate may look dainty and delicate, but don't be fooled—this stone is tough. Formed largely from weathered volcanic rocks, moss agate ranks at about a seven on the Mohs hardness scale, so it can stand up to daily wear—and would even make a brilliant nontraditional engagement ring! These rings hold their own as the stars of the show, but also pair beautifully stacked with other gemstones like moonstone, amethyst, and carnelian.

Plus, our other favorite woodland-inspired trend: enchanted forest decor 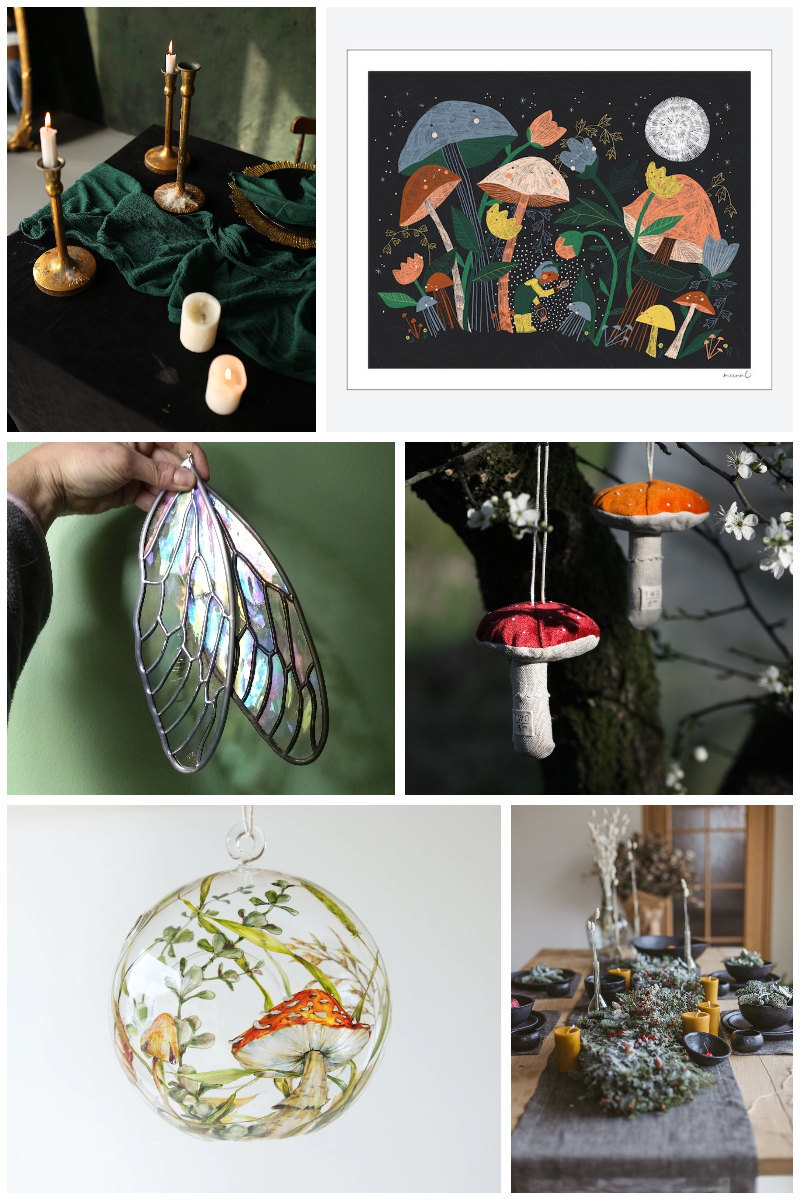 Now that you’re rocking earthy elements in your jewelry game, why not add a few to your home? Combine rich, nature-inspired tones like emerald green and midnight blue with shimmery touches inspired by the iridescent wings of luna moths and beetles to turn your space into a festive fairytale forest that’s sure to keep you grounded year-round. 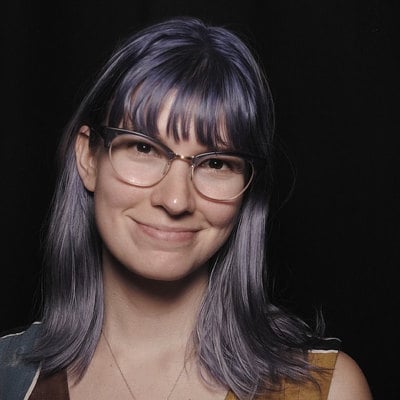 Mary Kinney is a writer, teaching artist, and professional tired person living in Portland, Oregon, by way of NYC. Follow her on Instagram and TikTok. 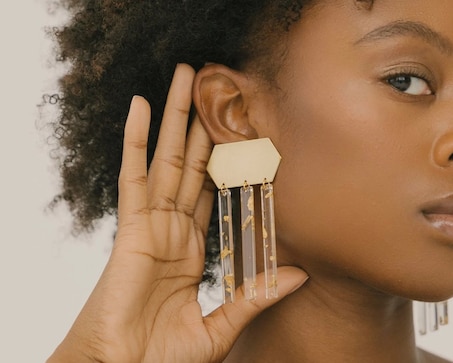 Looking for some holiday outfit inspo? Channel old Hollywood glitz and glam for an extra-special shimmery season—just in time for New Year’s Eve. The Best White Elephant Gifts for Your Next Holiday Party

These delightful Yankee Swap gifts are under $30 and over-the-top when it comes to craftsmanship and creativity for your next white elephant exchange. Pearlcore Picks: The Timeless Gemstone Gets a Modern Makeover

When it comes to comeback classics, the pearlcore trend is here to stay. Here’s how to style this timeless gem throughout your wardrobe and home.