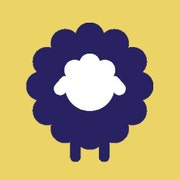 Announcement    More mittens coming SOON!
I've been busy filling retail orders and am now working on new mittens for the shop. Thanks!

More mittens coming SOON!
I've been busy filling retail orders and am now working on new mittens for the shop. Thanks!

I've been knitting since 2001, when I was taught on the set of a movie I was working on as an actor. My learn-to-knit project was a pair of mittens on four needles. I didn't know enough about knitting to realize that this was an advanced project, so I just dove right in and fell in love. I've had a special place in my heart for mittens ever since.

My love of knitting, mittens and sewing all came together perfectly when I started making mittens out of upcycled sweaters in 2015 as gifts for friends and family. Then people started asking to buy them and, lo and behold, in 2017 Yarn + Kind was born. I now sell at several retail shops as well as craft shows and via social media.

Since I started making mittens, I have made more than 200 pairs (and counting!) and have adjusted and refined my mitten pattern until it was exactly what I wanted. They fit well without being too snug, but also not too floppy. The fleece liners are made from only fine, thin microfleece, which adds warmth without bulk. And I hand sew the edge of the cuff to the mitten, so there are no gaps or sagging and the mittens look professionally finished.

Along with designing and creating products for Yarn + Kind, I teach knitting to absolute beginners as well as advanced knitters wanting to learn new techniques. I offer classes privately and also at The Lunenburg Makery and The Mariner's Daughter yarn shop, both in beautiful Lunenburg, Nova Scotia where I live with my family and a menagerie of furry friends. I also do custom handknitting and dabble in pattern design.