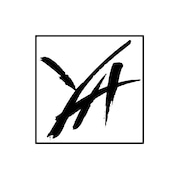 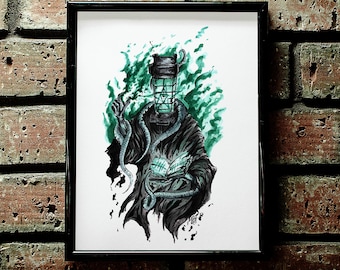 Made to Order Prints, Micholash the Eldritch 2020, Gamers Walldecor, Gifts for Him 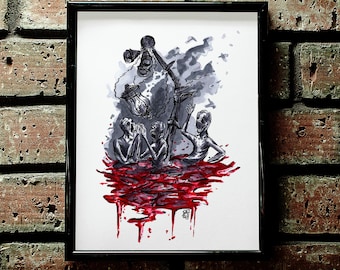 Made to Order Prints, Bloody Lantern 2020, Gamers Walldecor, Gifts for Him, Insert 2020 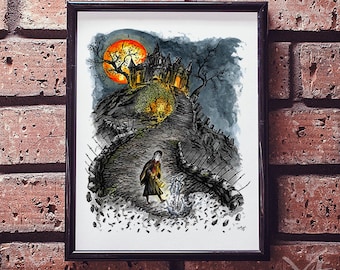 A Modern and Innovative take of the Inking Brush.

Known for His Evocative Brushwork. His subjects come to life, and has a certain look.
Fond of the Brush both western and eastern, yutacustoms is an artist that relies on minimalist approaches in the right places. Though for sure, his style is quite eastern he has looked into the western culture and other contemporary cartoonists for inspiration and honing his ongoing skill sets.

What’s his favourite subjects? He actually has broad interests, ranging from the Old, Dark days of the middle ages, to the Dystopian Nea Future of cyberpunk, he does try to push his knowledge, boundaries of his subjects genre wise. However, his aesthetics, are a rather stark contrast to what he has been doing lately.

Using the Brushpen an ever popular tool of choice for many artists, and cartoonists on social media, has been a standard tool for him in the last year or so. Depicting Industrial Machines wheather used for land development or warfare. It’s notable that the bold brushstrokes showcases a less tight aspect and focuses on the essence of the subject if you will.

Channeling the notable aspects of the vehicles and emphasizing the dry brush technique he uses to develop that gritty and muddy texture his used vehicles poses.

It's done all via Canada Post, and tracking numbers are an upgrade, check the shipping option to buy one.

Just send a message if YutaCustoms himself managed to miss a spot or the prints somehow looks shoddy. He will fix or refund the issue ASAP.

They aren't as perfect nor pristine as the Prints, the prints are actually digitally scanned and cleaned up, along with color/vibrancy 'upped. However, the originals do have their merits, larger, better details, very subtle stuff you can pick up.

Delayed Time or Not Arriving

Usually, nothing too severe happens, but give it. 1-2 weeks more time.
If not, He will Send another batch in for free, or a full refund.

*current package is a layered print with a cardboard backing wrapped in a simple letter. a bubble wrapped mailer for further protection and impact resistance from during transport.
Since the policies of the post office states that letter mail is the cheapest method for single order types.

Usually the prints especially the 6x8 or 8x10 inches types are send via letter mail style, so it's not considered a "package". It's for economical and weight reasons. Usually they tend to be quite good at handling these issues.

Countries or Regions where Prints have been sent numerous times

*update, due to climate issues shipping of the products will either be delayed or straight up be lost depending on your local postal's ability to do their jobs.

*Buy my products with at your own risk, especially in the shipping aspect.

Do the Prints come in frames?

No, the frames are there just for mock-ups, it's more economical and safer to send the prints in these ultra-light flat packages.

yes, for most places I have sent to. But the catch is there is no Tracking included. Tracking can be bought as an upgrade with the product.