Magistrar: A strategy game for two. Get started quickly and easy to play!

Loading
Local taxes included (where applicable), plus shipping
Arrives by Dec 12-16 if you order today.
Dec 12-16

MAGISTRAR: The Game World
Excitement in the magical land "Magistrar"! The best magicians meet in the arena for the Magicus Pugna, a magical competition. No magician knows beforehand whether he will compete against the dark or the light energy. But he has to adapt his spells to his opponent.

MAGISTRAR is a new duel game for 2 people with a fast start, short playing time and several game variants. It can be played both tactically and casually in between. In the magical land of Magistrar, the best magicians meet in a huge arena. As two of these magicians, the players compete against each other in five duels. For every duel won, there are points – as well as for collecting as many tiles of an energy type as possible. "MAGISTRAR" is played out as an exciting majority battle over game figures with three different values. The number of characters is limited, so the use of the figures must be well considered. Each game round is different because the energy in the arena is randomly composed and always presents players with new challenges! The "Duel of the Magicians" is suitable for players from 8 years and lasts 15min. Three enclosed game variants including the expansion "Duel Cards" as well as extensive game material ensure that the mage fight is never boring.

After you place your order, SpielDasVerlag will take 1-2 business days to prepare it for shipment.

SpielDasVerlag puts your order in the mail.

Message SpielDas Verlag
SpielDasVerlag is considered a professional seller (known as a trader) in the EU. What’s this? 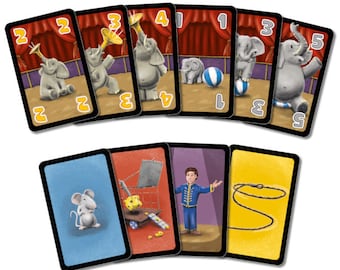 The Trötofanten Circus - the card game for the whole family. An ideal gift to bring fun to the table. 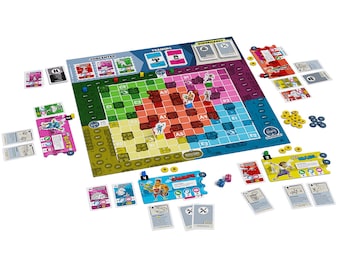 NEW HEROES ... Needs the country! Help grandma across the street and get fans. A charming, fun family game! 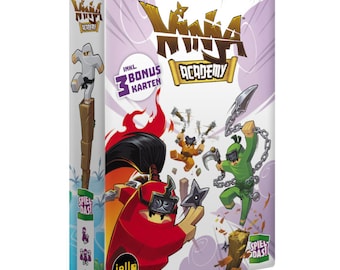 Ninja Academy: The German localization of the hit from France. A game of skill where you don't just have to show courage. 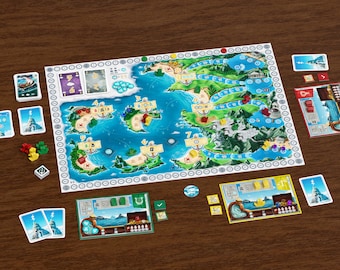