Local taxes included (where applicable)
Whoa! You can't buy your own item.

Message Anne
Translated by Microsoft
See in original language
Translate to English
Sorry, we could not translate this listing to English.

These two cotton velvet cushions offer you both the softness of velvet and its elegance. They also provide the comfort of a velvet made of natural fibres. These cushions in blue and white tones can form a beautiful set on a sofa within your living room or on a bed in your room, giving it a touch of luxury.
I chose the European Kingfisher for its beauty: I admire its metallic blue tones contrasting with its orange belly. Originally, I stylized the bird directly on silk by hand. Then I painted a landscape of marshes in watercolor to evoke its original environment. The design was then reworked to the computer.
I want to pay tribute to the beautiful birds of our lands and encourage them to better protect them.


Who is the Kingfisher of Europe?

The European King fisher (Alcedo atthis) frequents slow streams (rivers, rivers, canals, lakes and ponds). It is present in the Poitevin Marsh and despite its small size of about 16 cm, it does not go unnoticed. As soon as he spots a fish, he dives at lightning speed. It is nicknamed the "Blue Arrow": it has an acrobatic flight, fast and direct approaching 40-45 km/h. This beautiful bird often runs along rivers at the water's edge. When diving, his eyes are protected by transparent eyelids that allow him to see his prey. That's why my cushion-printed design depicts it in a swamp.

This bird is a good natural indicator of the quality of an aquatic environment: it needs pure, fishy water. The European King fisher has enjoyed full protection on French territory since the ministerial decree of 17 April 1981 on protected birds throughout the country. It is listed in Appendix I of the European Union Birds Directive. It is therefore forbidden to destroy, mutilate, capture or remove it, intentionally disturb it or naturalize it.

This species is on the Red List of IUCN (International Union for Conservation of Nature) Europe where it is considered vulnerable. Unfortunately, the European Kingfisher is still threatened with extinction because of the destruction of wetlands and the pollution of surface waters. 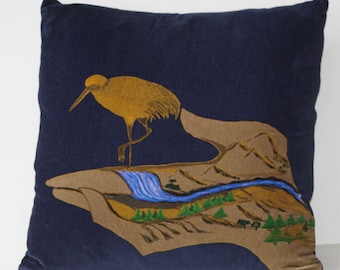 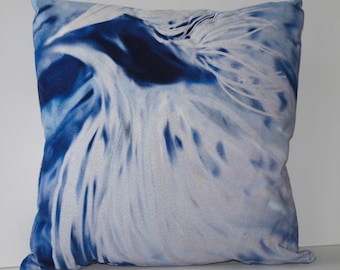 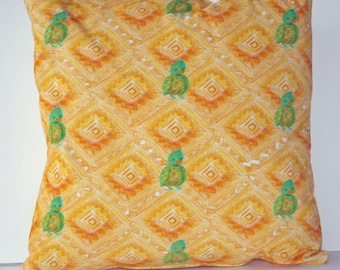 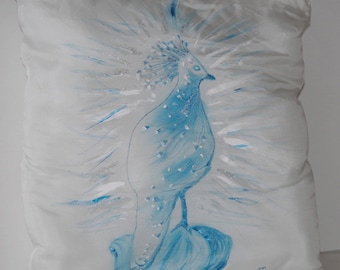 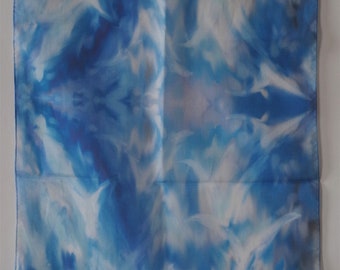 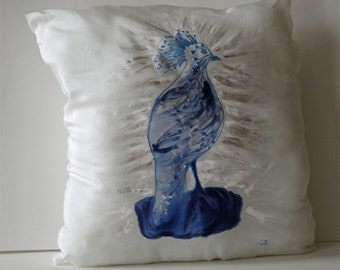