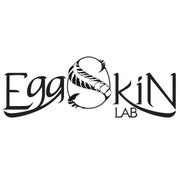 EggskinLab is a Star Seller!

EggskinLab is taking a short break

EGGSKIN LAB is a handcrafted small laboratory of artistic artwork, bags and accessories. Begins to exist thanks to the attentions, energies and suggestions of the people who orbited around it, even for a short time.
Initially we worked industrial wastes, and research in the trash was the beginning of the fun, a treasure hidden under the banana peels.
Like a game, an experimental laboratory began to come to life.

With the passing of time and changing needs, such as Nature wants, it was decided to search for new materials and to focus on quality, style and sophistication in details.
Thus was born a new era for EGGSKIN LAB, from scraps and waste materials we have moved to the leather warehouses to gain a new identity, studying and playing on new forms.

Animals, insects, their slippery shells, the grooves, the roundness, the horns, the ridges, in the wonderful setting of the details that, merging, create the Everything.
Life and its inhabitants, imagination and immersion in the spaciousness of the peace are the ingredients that bring out the inspiration for new forms, along with figures of horror and fantasy that contaminate ideas.
Past and future interpenetrate the present in the silence of no time.

So it is EGGSKIN LAB, an eye that observes the movements of Nature, outside and inside itself, captures the details, molding them and giving life to unique objects.
The care and the development of a valuable idea and the translation from the mental to the physical dimension, in a Process that sees objects emerging from the hands of someone, manipulating the material to create.

I, Cecilia Rossi, am the data-controller of your personal information as it relates to my shop Eggskin Lab.

• With Etsy to comply with my obligations.

• With delivery companies to fulfil your order.

• To comply with legal or tax obligations.

I will only retain your details for as long as necessary in order to process the transaction and I will securely store any data collected during that period. I retain personal data related to orders or customer queries for six years. After this time I will delete your data from my records.

You have the right to know what personal data I hold about you, and to ask for that data to be changed or deleted. You also have the right to complain to the ICO if you believe there is a problem with the way I handle your data.

If you have any concerns about your personal data, please contact Etsy.

Etsy prohibits the use of buyer information for unsolicited messages. See our Privacy Policy for more info.