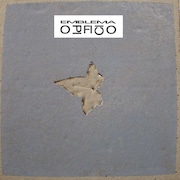 Announcement    Design and creations on the slopes of Vesuvius. Lapilli Stone Specialists.

Design and creations on the slopes of Vesuvius. Lapilli Stone Specialists.

Art family on the slopes of Vesuvius.

Since its foundation in 1987 by the brothers Giuseppe and Francesco Emblema on the slopes of Vesuvius, Emblema Opificio has focused on experimenting with a wide range of techniques, making their craftsmanship a high point of design innovation.

The work of the Emblema brothers, the children of Salvatore, an internationally established artist, is the result of creativity, research and expertise.

The work begins with the development of a material base formed by a mixture of lava, lapilli, pozzolana, sands and pyroclastic derivatives. Mosaic, glass, roots and leaves are sometimes embedded in these volcanic elements.

The beauty and balance of their objects are the result of the two designers' creativity, but also the perfect blend of two personalities: the architect Giuseppe who designs and Francesco who oversees the production.

The production is inclined to explore both the most intimate and the most general aspects of that never better-defined “aesthetic third dimension” that distinguishes the Art Thing from the Thing, the everyday object, or rather, the object's cultural and emotional value.

At the end of the 1990s, Emblema Opificio began a production of furnishings that took into account only the urgency of the designers' creative mood, without the pressure and external requirements of certain clients.

Trays, ashtrays, lamps, tables, chairs, consoles and accessories, objects often trivialized in their aesthetic form, which the Laboratory endeavors to iconify in small size, years of work spent with these materials and domestic architecture, concentrating the work in those various elements and functions, that more than anything else, allow a fundamental heterogenesis of manufacturing techniques.

2000 sees the beginning of the production of a limited series of furniture, objects and metal jewelry.

Emblema Opificio's “Metals” line fully respects the typical approach to all of their other productions, focusing however on the processes of fusion and aggregation of iron, copper, brass, bronze, gold and silver, achieving the realization of objects with visual and functional features typical of a material like metal, with its own precise and defined image.

The Etsy shop is yet another experiment of Emblema brothers, who wish to exhibit in an international showcase their production, with the aim of spreading the beauty of Vesuvius.