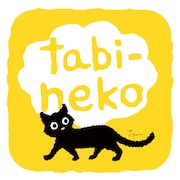 TabinekoJAPAN is taking a short break

Note from shop owner We will be closed for a while.
We will reopen on October 15th. Thank you.

We will be closed for a while.
We will reopen on October 15th. Thank you.

I love cat & I love Creation

Before I became an illustrator, I was a designer for company toy infant toys.
I experienced everything from toy planning to product design, graphic design, package design and product design.

After that, I became an independent designer.
Since becoming a freelancer, I have experienced various designs such as product design for ophthalmic precision machinery and character design for local TV stations.
I'm going to use a Mac at work and draw a 3D illustration of a robot using a Mac.
With that extension, I will also work as an illustrator.

In 2010, I decided to keep my current cat, "Guri".
In 2011, a black cat (modeled by Guri) released a calendar with group illustrations using illustrations of traveling in the four seasons of Japan.
This is the beginning of the "Tabineko" illustration series.

After that, we opened stores such as iichi and minne in "Handmade Marketplace" that were popular in Japan at that time, and started selling Postcards and Art Prints centering on this Calendar.

Postcards will be marketed to general stationery stores by companies that have signed a license agreement in 2014.

When overseas customers come to Japan, they can purchase this postcard and get them to know about Tabinneko.

So I decided to open a shop here in Etsy so that people overseas can buy it.

Thanks to you, we were able to continue for about 6 years since the first store "GuraGuri" was launched in 2014.
When the world stopped at this COVID-19, I decided to review the shop again and restart as "Tabineko JAPAN".

Thank you to everyone who has supported us so far. Thank you for your continued support.

Last updated on May 9, 2022
-Welcome to "TabinekoJAPAN".
-It is a shop having you surely please with the one that cats like here. Because the designer of the cat enthusiast produces it one by one heartily.

Please contact only a defective article by we responsibility within three days after the arrival to the product.
I pay quality goods and exchange or the price.

paypal is used to the use.
I send out a product as soon as I confirm the receipt of money.

I ship worldwide. All orders will be shipped shipped from Japan.

I send the small thing (Postcard or Calendar or Can Badge orLunch Bag or A4&A3 Art Print) by airmail of the Small packet.
This method can not be tracked.

I send the A2 Art Print by " International e-packet".
This method can be tracked.

Your items Items normally shipped 2-3 business days after payment is cleard.
Except during weekends and Holidays.

Currently, some countries cannot be shipped or are delayed due to COVID-19. It may take 2 weeks or more for delivery.
Please note.