Let us know what holiday you are celebrating and we will wrap the gift and include a short note. :)

This rare Spanish coin and several other coins in our current collection were found in 1989 in 30 ft of water by a retired husband and wife Treasure hunting team off the southern coast of Portugal.

There was a large naval battle that took place in the same area known as the Battle of Cape Vincent. In January of 1780 during the American Revolutionary War, a British Fleet defeated a stealthy Spanish Squadron that attempted to not run and get away from the American naval fleet.

The ill-fated Spanish Squadron was captained by Don Juan de Langara and they attempted to make a run for the safety of the port of Cadiz.

This item was part of an estate lot of coins that were found in the same area where this battle took place but there's no way to definitively name a wreck site for these finds.

This style of coin was minted from 1772 until 1788. The coin pendant is set on a high-quality 3.23mm 18kgf gold-filled Figaro link style chain.

The Stamped & Sealed Certificate of Authenticity is perfect for display. This coin was minted for the New World colony and was Hammer struck in .813% silver.

The legends on the coin translate to say Charles the Third by the grace of God. The other side of the coin says King of Spain 2 Reales. The coin itself has a 26mm diameter.

Free Shipping on all orders.
No minimum orders.
Contact us to combine orders, for expedited shipping, and for gift wrapping!

Visit the store to see all the coin pendant necklaces!
https://www.etsy.com/shop/Pendantandring

Coin pendants are a great gift idea! We are a Jewelry and Coin family of online stores based in Oklahoma.

We appreciate your reviews, they mean the world to us!

Check out our Link Tree >>>
https://pendantandring.carrd.co/

Favorite this Store! 🤍 Thank You!

Thank you for shopping with Pendant and Ring!

After you place your order, Pendantandring will take 1-2 business days to prepare it for shipment.

Pendantandring puts your order in the mail.

Estimated to arrive at your doorstep Sep 28-Oct 3!

We are glad to be able offer a free gift wrapping and packaging service on any orders from our store. Please let us know what kind of colors you would like and we'll make it happen for you. We are also happy to send a greeting card along with it as long as we know the theme and message we always ship the next day except for Sunday in which case we ship on Monday morning. When it gets really close to Christmas we use air mail to make sure it gets there quicker.

Omg. I rushed home on two wheels to get to my order. Charles was super knowledgeable and helpful, teaching me things about my new acquisition so to say I was excited would be an understatement. And it was well worth it. The coin is breathtaking and it was fantastically wrapped and presented! The COA (with a wax seal!) is beautiful and informative as well. And just when I thought I’d seen it all, there was an additional little gift in my package to treasure! I’m ecstatic; you’d think I’d just collected all the Infinity Stones. 😄 I cannot recommend this shop highly enough! Buy all the beautiful coins here, you will not regret it! ❤️ Thank you so much!

Very nice pendant, fast shipping and lovely gifts included. This pendant is very heavy, I had to find a larger chain to hold its weight. The only I will change is the ring that holds the pendant on the chain, I will have one soldered permanently. Love it! Thank you!!

This is so perfect. I purchased it for my wife for Mother’s Day and I’m sure she will be absolutely over the moon. They also sent along something extra, which blew me away. I had messaged them as soon as I made my order regarding shipping, and they got back to me within ten minutes. Extraordinary on every level.

Okay, so this was just going to be a straight forward review. I was going to mention that the coin is not actually "Rare" and only worth $5 in its condition. I was also going to bring up that the COA is not an actual third party certification. I contacted the seller. At first they responded professionally, and even refunded my money in full. That has turned into them accusing me of being some person that they used to buy bezels from (which I'm absolutely not! whoever that person is), and now they are harassing me through Etsy messaging claiming that my refund is "feedback extortion" when I had not even left feedback at that point. I only asked that they be honest about what they are selling. I did not ask for the refund. This seller is erratic and dishonest. BUYER BEWARE! Don't go through what I did. 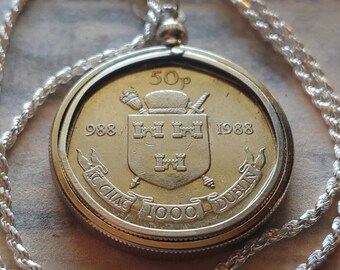 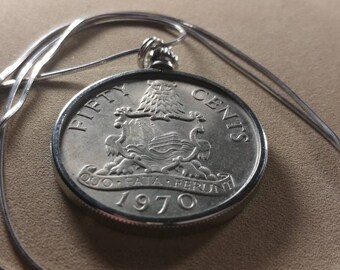 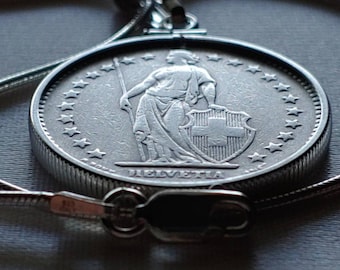 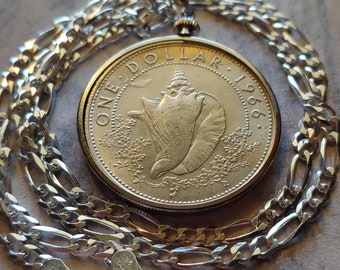 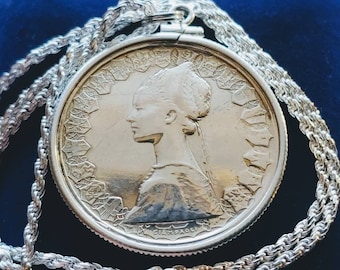 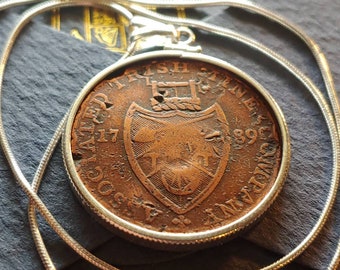