Created in the ancient magical spellcasting tradition during a trance-meditation state, the original of this Sethian Talisman was designed and hand-inked by Zeena Schreck (Hemet-neter tepi Seth) on virgin linen with the prescribed religious ointments.
The graphic incorporates two glyphs representing the ancient Egyptian god Seth in his zoomorphic canine-like form and as the ancient Egyptian symbol for His name, which is also the symbol of the Sethian Liberation Movement (SLM).
Encircled by a Sethian incantation text from the Greek Magical Papyri, the letters in spiraling format represent the churning waves and confusion of endless cyclic existence. The words themselves are an invocation for stability within the sea of samsara.
When the talisman is worn over the heart chakra, as it is on this shirt, its intended effect is of an ancient pectoral to calm the heart and promote strength in the central channel and spine, fostering a sense of centeredness within chaos – as with the calm in the eye of the Storm.

After you place your order, KCHforZeenaSchreck will take 2-5 business days to prepare it for shipment.

KCHforZeenaSchreck puts your order in the mail.

Estimated to arrive at your doorstep Oct 4-13!

Great quality shirt, fast shipping, and a lovely design and rendition of everyone's favorite Eqyptian god! (Sorry Anubis, you are a close 2nd!) Thanks Zeena, keep up the good work!

Here's a 2nd photo, aren't you jealous, Zeena fans? :) Oh, the set of 2 floating frames was on amazon.com for less than $30, and they look fantastic...a little tip for you starving artists out there! One more thing, the customer service was above and beyond. Zeena's Facebook page asked for suggestions for products, I made one, and...it happened! Wow. The shipping, Germany to USA, fast, with tracking. Thank you, I'll be back!

If you are on the fence about purchasing a Zeena photo for your inner-sanctum...don't be! The matte finish is lovely; the silver penmanship so perfect, and the high resolution photo is so perfect on it's own, I chose a "floating frame" for the full effect. The signed seal is on back, but don't worry - she signed the front too. The package arrives in a folder (with KCH sticker), newsletter, all so professional you imagine it being processed in some German expressionist castle. Zeena has been known to send a surprise or 2...and for that, many thanks. Grab a photo today, before Zeena pulls a Garbo, and leaves Etsy in a trail of ethereal mist! P.S. The photo says "many blessings." H'm...my week has been better than usual. Consider that another bonus from a KCH purchase! :) 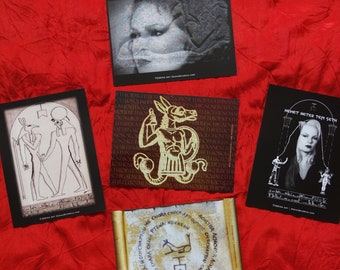 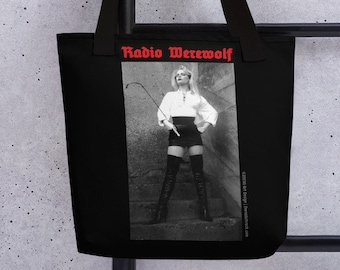 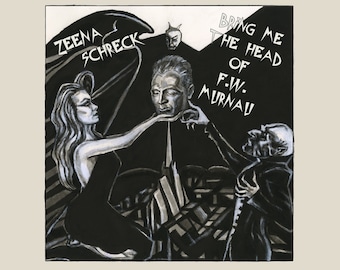 Bring Me The Head of F.W. Murnau - CD 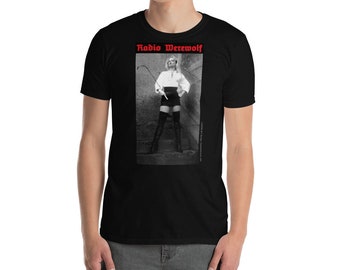 These Boots Are Made For Walking - Unisex T-Shirt 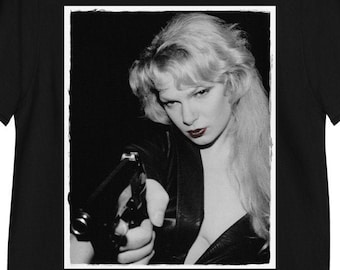 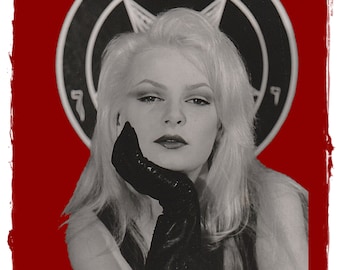