Labradorite Oil Candle 1 - 2 wick
8.5" x 5.5".
This beautiful, truly stunning candle is made from a rare gemstone Labradorite and is a member of the Feldspar family and is treasured for its remarkable play of color, known as labradorescence. The stone, usually gray-green, dark gray, black or grayish-white, is composed in aggregate layers that refract light as iridescent flashes of peacock blue, gold, pale green, or coppery red. The predominant blue varies within the light, displaying hues from deepest blue to various shades of pale, almost blue-green. It was first discovered in Labrador, Canada, by Moravian missionaries in 1770 who named it for the area. It is, however, referenced in legends by older Inuit tribes, and was known to be in use by the Red Paint people of Maine for over a thousand years. It became a popular gem in Europe in the eighteenth and nineteenth centuries. [Simmons, 225][Eason, 163][Melody, 367]

Rarer varieties of Labradorite include Golden Labradorite, a transparent gold or champagne-color, and Spectrolite, an intense variety displaying the entire color spectrum, discovered in Finland in the 1940s.

After you place your order, ESSOYA will take 1-3 business days to prepare it for shipment.

ESSOYA puts your order in the mail.

Estimated to arrive at your doorstep Oct 29-Nov 1!

Gemstone oil lamps are new to me. Love this green Agate! Michelle was great to work with and addressed any questions I had! Wonderful!

Could anything be more beautiful as far as an agate oil lamp? I was so impressed, the crystals on this one show up beautifully, the wait was well worth it, I'll be buying more, thank you

It’s really pretty, and I love the color green. I’m using it now, and it burns well. I’m happy with my purchase. Thank you!

High-quality product, carefully packed for safe transit, and exactly as described. Also, the seller was very pleasant and responsive to my questions and provided stellar customer service (which is really important to me). I am starting to make wine bottle lanterns for gifts and there is no question that I will be getting all my lamp oil from Essoya. I highly recommend this 5-Star Seller! 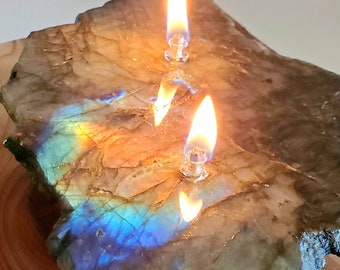 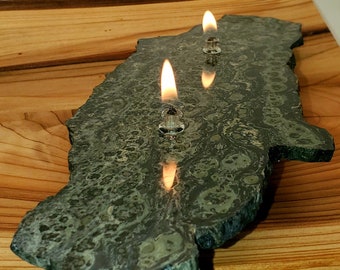 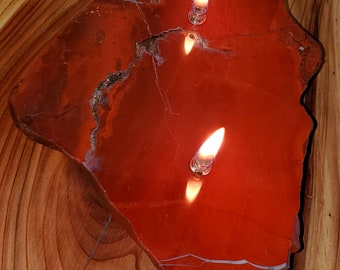 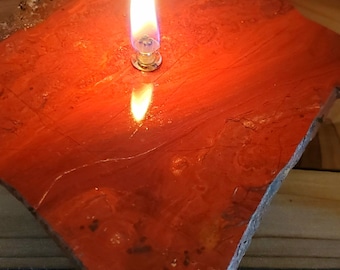 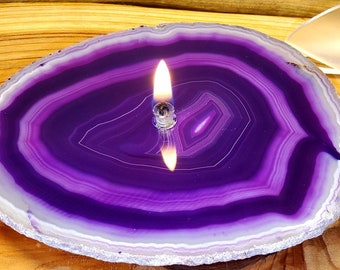 We want you to be happy with the product you purchase from ESSOYA.
We make every effort to provide well displayed high quality hand crafted products that are free from damage. Due to the high quality & cost of materials we use and the fact that we custom craft our candles/products fresh when ordered we offer no returns, exchanges, or refunds.

Listed on Jul 18, 2021
One favorite
Report this item to Etsy