This 3" wide x 7" long crescent rattle is made from terra sigillata enhanced, texture impressed stoneware. After firing, it refused to rattle and was headed for the backyard recycle bin. But once it hit the soft earth, it was resurrected and rattled! I then adorned it with a branch found laying next to it (for the handle), glass tube beads, waxed linen, semi-precious stones and handmade clay beads. By the way, the Crescent shape is a log time accepted Goddess shape which could explain it's belligerent beginnings!

Ceremonial RATTLES have been used for centuries to celebrate beginnings. They were the gift of choice among Victorians wishing to commemorate the birth of a child but as far back as the humble Egyptians, rattles were utilized to memorialize each new chapter in the life of the individual.

The gourd Rattles made by the American Indian were filled with plants they raised & considered sacred - corn, tobacco, and rice. My fired clay Rattles are filled with dried bits of clay which I revere as the complete gestalt of life. These fired bits provide the sound of the earth as my Rattles are shaken or handled.

Both my Pillow and Crescent Rattles are “birthed” in the same way. Once the basic shape is formed, I tenderly blow my own CHI (breath of life) inside, sealing the opening quickly closed with pursed lips. These Rattles are then fired & finished with something as simple as a leather handle, semi-precious stones, clay, bone or shell beads or copper - details which complement the importance of the Rattle.

After you place your order, BHClaysmith will take 1-3 business days to prepare it for shipment.

BHClaysmith puts your order in the mail.

Estimated to arrive at your doorstep Dec 2-8!

I've never used a cord like this but can't wait to make necklaces. The thickness is perfect for use with my handmade ceramic pendants. The design is interesting & I love the colors. Great service from a great shop!

I absolutely love the texture mats from this seller and own multiple designs. They are the best mats I have found to use with clay. The large size is an added bonus.

Enjoying these texture mats! Have collected quite a few of them! Can't wait to see the next ones with new designs!

100% quality rubber stamp. 7inches x9 inches is huge and man does it surpass my wildest dreams to do large Embossing on my furniture! 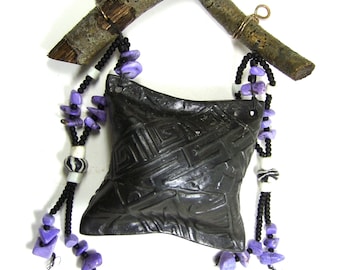 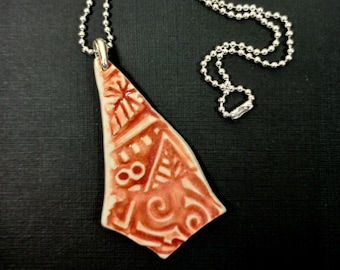 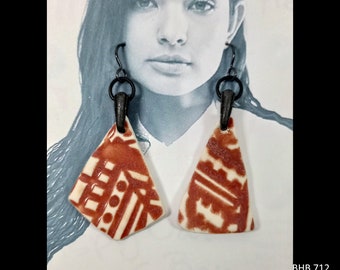 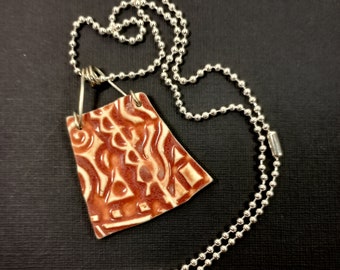 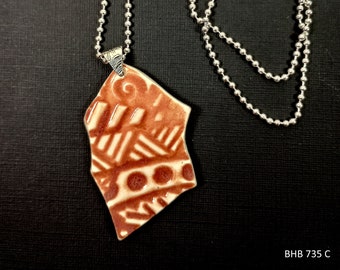 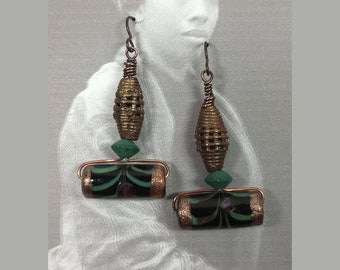 I will ship your pre-paid order within 24 hours of receiving it unless it is over a weekend or holiday in which case, I will ship it out on the first day of business through the US Post Office.

Secure options
Accepts Etsy Gift Cards and Etsy Credits
Etsy keeps your payment information secure. Etsy shops never receive your credit card information.
Direct Checkout or Paypal is best!
Etsy orders paid by check or money order will be held no more than 10 days in lieu of payment. After 10 days, the merchandise will be returned to my Etsy shop.

INTAGLIO FLEXIBLE STAMP MATS ANGEL POLICY
This Angel Policy is a form of limited license that specifies how the stamped images made from my INTAGLIO flexible rubber stamp mats can be used. It also lists all BHClaysmith requirements regarding the uses of Intaglio flexible rubber stamp mats. Typically this outlines under what circumstances, a user can make and sell items created using the Intaglio stamps of BHClaysmith.

BHClaysmith has a very generous Angel Policy, which allows users to work with the stamped images without restriction and this includes creating products for resale.
BHClaysmith does NOT work on the basis that Intaglio rubber stamps are being sold for personal use only. But we do require that any items that are created for resale must be hand stamped and not reproduced mechanically or electronically and we also prohibit the use of assembly or production line processes to create stamped products.
Stamped images made from BHClaysmith INTAGLIO rubber stamp mats CANNOT be used to create logos, clip art or for other commercial use however there is -
1. No limitation on how many products can be made with an Intaglio mat
2.No parameters on where the products can be sold
3.No required copyright statement to post
4.No written permission needs to be requested and issued to the user

This might all sound pretty daunting to a user who is unfamiliar with Angel Policies – however the terms of a policy are not meant to be restrictive or prohibitive. They are simply to protect the original artist, the stamp manufacturer and the stamper from the misuse of stamped images.