This is a signed copy of Blurry Messes by Holly Caste!

Now that she’s leaving home, she hopes to start fresh at college with her boyfriend, Hunter. He has been her support system for the past two years—the only one who ever noticed the pain simmering just beneath the surface. Hunter knows how to ease the ache and comfort Ellie in times of need.

But he also knows how to make her hurt again.

As Ellie takes her first steps into adulthood, she quickly realizes all her problems followed her. Feeling trapped and hopeless, she’s resorted to the belief that her life will never be more than what it is.

Until she meets Mateo.

Ellie and Mateo’s worlds collide when they become partners in philosophy class. As an experienced upperclassman, Mateo shows Ellie a different way of thinking and being.

She’s used to Hunter seeing her for her shame and suffering.
But Mateo sees Ellie for more than the broken girl she thinks she is—he sees her as whole.

If Ellie takes a chance on Mateo, so much could go right—if she can get past everything that’s going wrong.

Is she able to step out of the life she’s grown comfortable with in order to embrace a new love story, or will the past come back to hurt her?

After you place your order, HollyCasteAuthor will take 2-4 weeks to prepare it for shipment.

HollyCasteAuthor puts your order in the mail.

Estimated to arrive at your doorstep Feb 24-Mar 11!

Blurry Messes by Holly Caste is so wonderfully written. It touches the emotions of being a teenager in love. I have a love, hate relationship with some of the characters, but once you start reading you won't want to stop!!

I love this book and the author. The book means a lot to me, as there is much in it that I relate to. And Holly, well, she is a brave, amazing person that I appreciate so much!! 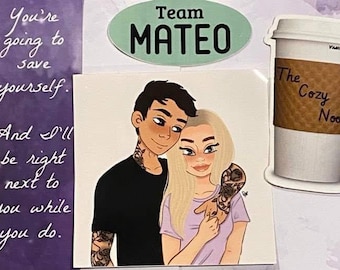 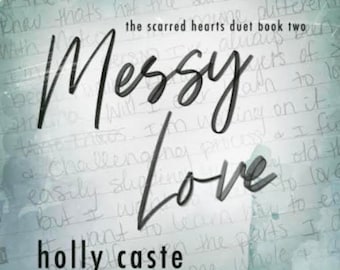 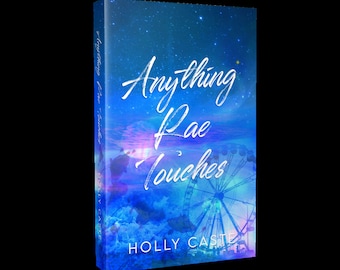 Signed Copy of Anything Rae Touches