This is a solid brass version of my popular SteamPunk Airship Commanders Wings Insignia. It is great SteamPunk style - the propeller spins! (AllPropellersSpin) and there is lots of dimension.

This double tac pin comes with two grip backs and in a gift box like the one shown.

This listing is for one double tac pin.

I now offer this design in two variations - this solid brass is the most modestly priced.

MARK ELIOT SCHWABE, SteamSmith, is a leading artist in the SteamPunk movement.

He IS an EXHIBIT in The Steampunk Museum (on-line): http://thesteampunkmuseum.com/2349_Mark_Eliot_Schwabe_Exhibit.html .

Also, he was included in the important “Steampunkinetics” exhibit at New York City’s AFA Gallery - www.afanyc.com/exhibition-steampunkinetics .

You can see a video about the artist, includes him at work: http://youtu.be/KEEOey57qrw

* * * * *
When visiting Burlington VT, be sure to stop at Frog Hollow Gallery on Church ST to see Schwabe's work and the work of many fine Vermont artisans.

* * * * *
Mark Eliot Schwabe holds a MFA in sculpture from the State University of NY in New Paltz.
* * * * *
Schwabe has participated in US steampunk conventions from coast to coast including 3 appearances at Steamcon (Seattle), 7 appearances at The Steampunk Worlds Fair (NJ), four times at Watch City in MA, an appearance at Teslacon in WI and many more.

After you place your order, AllPropellersSpin will take 1-3 business days to prepare it for shipment.

AllPropellersSpin puts your order in the mail.

Estimated to arrive at your doorstep Aug 13-17!

Message Mark Eliot
AllPropellersSpin made this item with help from

Absolutely perfect. Looks fantastic on my hat. Even better in reality than in the photos and really well made. The propeller might be tiny, but it looks durable and spins very nicely. Many thanks!

I am in love with my wedding ring, thank you Mark for saving my wedding day!!! Haha there was a mishap with a another seller and Mark made sure to get my ring to me quickly. I'm so happy, it's very me, and I will cherish this piece forever! It also looks really good with my engagement ring! ♡

Mark contacted me immediately after I placed my order to help me get the size I needed. He was friendly, helpful and fast! I LOVE my ring! I love how I can have something beautiful and unique that will last forever at such a FANTASTIC price! And I dont think anyone else will have a ring like mine!! :) Thank you, Mark!!!

Patrick LOVES his ring! We both love the gears and how everything just shows two people who love each other ... working together (like the gears) and sharing the key to one anothers heart. It is VERY special and we are both CRAZY about our rings! Can't wait to wear them ALWAYS after January 1st! <3 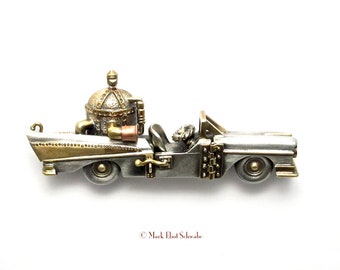 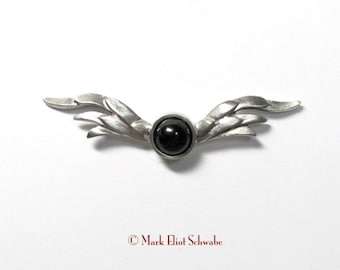 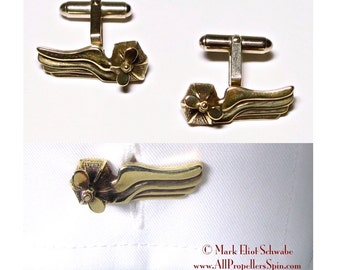 Grand Prix race car reimagined; a brooch with 5 moving parts, It comes with a frame so that you can display it when you are not wearing it 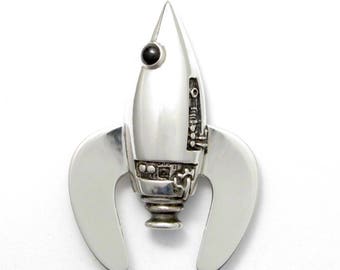 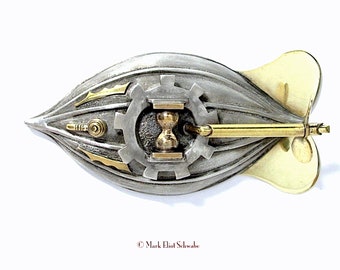