Due to Etsy's fee increase we have raised our prices on this platform.
All of our items and many (600+!) more are all available at a lower price on our primary website:

This 10" record has 7 pop-punk songs about zines, a zine filled with lyrics, stories, lists, and more. Plus, a download code to get the album digitally that includes Copy Scam Live At Leeds (Zine Fest).

"The Copy Scams are a the band equivalent to a 24 hour zine!
Steve was visiting Portland from the UK and thought it might be fun to start a band while he was in the US. While he was in Portland he lived in a closet in the basement of the Spiral house and tricked housemates Alex, Paul and Marc to form a band in three weeks before the 2010 Portland Zine Symposium.
The decided to be a zine themed bank and In those three weeks they wrote 4 songs about zines, practiced, made a lo-fi recording, then played a show to end the Portland Zine Symposium weekend.
Giz missed the show because he had to fly back to France so he convinced them they needed him as a second guitarist and that they needed to do a UK tour.
Steve wrote more riffs and 3 more songs were written with the help of the internet. In the autumn of 2012 Alex, Paul, and Marc flew over to the UK from the US and Giz came over from France where they sorted out the new songs and recorded them and re-recorded the old ones then played a couple shows before going their separate ways again.
What you have here is 7 fun pop-punk songs about zines by folks who make and love zines."

recorded & mixed by Boulty in October 2012 @ Stuck on a Name Studios in Nottingham, England.

After you place your order, PortlandButtonWorks will take 1-3 business days to prepare it for shipment.

PortlandButtonWorks puts your order in the mail.

Estimated to arrive at your doorstep Aug 24-Sep 1!

The punk rock on this vinyl record is really good. Highly recommend this product for anyone into alternative music in general...and zines! The seller once again was very professional with fast shipping and responsive communication. Thank you again, and will be purchasing more in the future.

Great record! Awesome melodic punk music to get you through the day. What are you waiting for?! Buy this now! 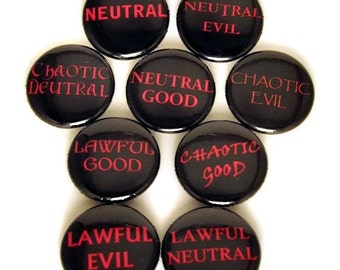 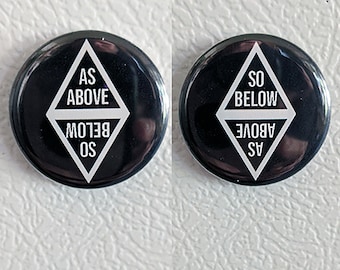 As Above So Below - pinback button, Magnet, or Bottle Opener 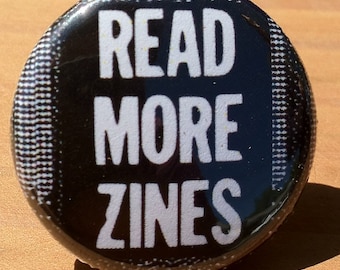 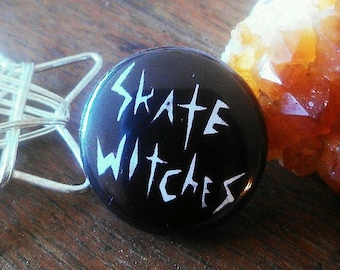 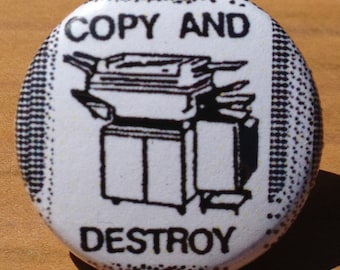 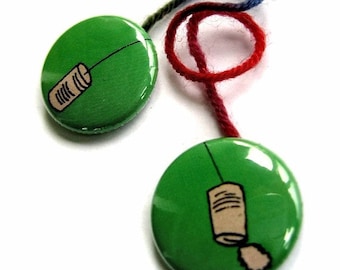 Tin Cans and Twine set of 2 buttons or magnets