Keep On Loving You is Pop Rock Canvas Print (12 inches by 27 inches in Length) from a 2013 Original Artwork. Custom Sizes Available

"Keep On Loving You" is a classic rock power ballad written by Kevin Cronin and performed by American rock band REO Speedwagon. It was one of many REO Speedwagon songs to become a pop hit, reaching the number-one spot for one week in March 1981 on the US Billboard Hot 100 becoming the 500th song to do so in the process. The single was certified Platinum for US sales of over 2 million copies.
The song has been featured in numerous films, beginning with the 1982 film The Last American Virgin. It has subsequently featured in Crank: High Voltage, Smiley Face, and Ghosts of Girlfriends Past as well as appearing on the soundtrack to Grand Theft Auto: Vice City. A cover version by The Donnas appears in the 1999 film Drive Me Crazy and in the TV series Cougar Town.
In 2010, an episode from the Canadian teen show Degrassi: The Next Generation was named after this song.
The song is featured on the CBS crime drama Cold Case episode "Love Conquers Al" (Wikipedia).


This is a limited, titled, signed and numbered print produced by the artist. This is an over sized print on Epson Exhibition Canvas White Matte with a border all around the image. 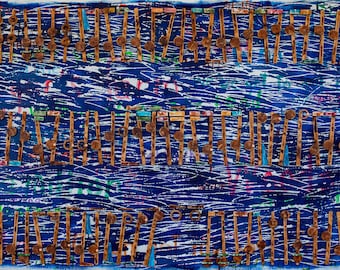 Woodstock is a Digital Canvas Print (12 inches by 24 inches in length) from a 2020 Original Artwork. Custom Sizes Available 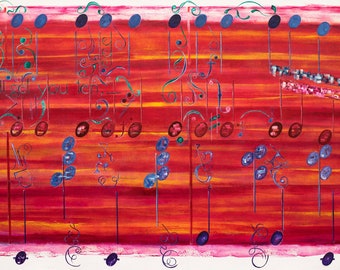 Mack The Knife is a digital canvas print (13 inches by 20.75 inches in Length) from a 2009 Original Artwork. Custom Sizes Available 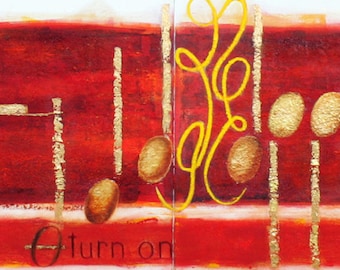 Mr Sandman is a Digital Canvas Print (6 inches by 36 inches in Length) from a 2010 Original Artwork. ) Custom Sizes Available 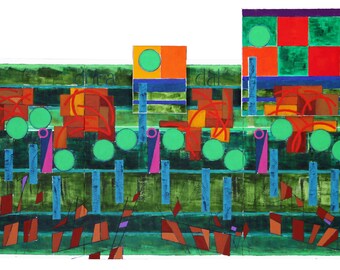 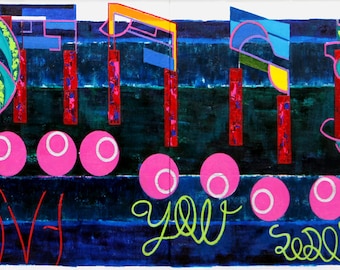 Like A Prayer is a Pop Rock Music Canvas Print (10 inches by 35 inches in length) from a 2011 Original Artwork. Custom Sizes Available 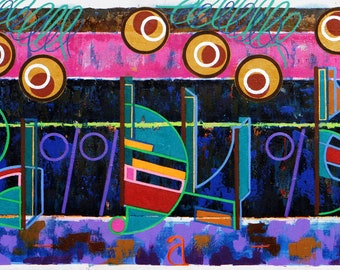 Its A Mans World is a Digital Canvas Print (10 inches by 31 inches in Length) from a 2011 Original Artwork. Custom Sizes Available