Quick! There’s a horde of brain-eating zombies headed your way: you only have an acrylic ruler, some safety pins, and a bias tape machine. What do you do?

And, hey, zombies aren’t the only scary things quilters have to deal with. What happens when your teenager discovers your stash? What are your rights when you get arrested by the Quilt Police? Do you know how to tell which urban legends of quilting are based in fact? What should a quilter’s insurance policy actually cover? And what did the Buddha have to say about all this?

Quilting Isn’t Funny is a collection of hysterical essays by the inimitable creator of the Bitchy Stitcher blog, Megan Dougherty. This is quilting humor with a sharp edge, pieced together from wit, snark, and a little bit of satire. Turns out, quilting is funny. No, make that freakin’ hilarious.

Megan Dougherty blogged as The Bitchy Stitcher from 2008 to 2018 and became the humor columnist for Quilter’s Home magazine in 2009. She was creative director at Generation Q magazine for two years, while continuing her column there. She is also the creator of the annual Quilter’s Shirtless Man and Spicy Burrito calendar. The archive of her mindless (and occasionally NSFW) drivel can be found at TheBitchyStitcher.com.

i fell in love with this wallet on instagram and immediately came to etsy to purchase it. beautifully crafted and i love the feel of the barkcloth.

I love this wallet sooooo much! The fabric is amazing and the wallet is meticulously made. I sew myself, so I know how much work goes into this. I'm so happy with this purchase...highly, highly recommend!!!!!

Working with Megan was a dream. I saw her craftsmanship and great eye for design so I reached out to see if she might be amenable to making a custom day trip cell phone wallet. The entire process was fun and Megan communicated with me regularly on the design. I could not be more impressed with the finished product- the fabric placement, the thread color, the excellent craftsmanship! Treat yourself to one of her gorgeous designs, you won't be disappointed!

Super well made! I sew myself but have been too busy to sew this pattern, so I thought - why not support another maker? And I’m glad I did 😊

I have followed this artist on Instagram for a while now, and when she posted this wallet, I knew that I just had to have it! I ordered it, and she shipped it quickly. It arrived, and when I was able to see it in person, I loved it! The craftsmanship is fantastic. I would absolutely recommend this artist and her creations! 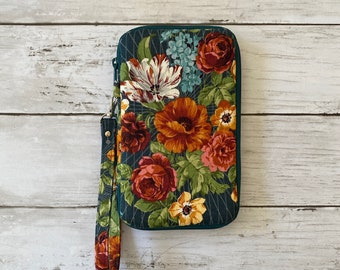 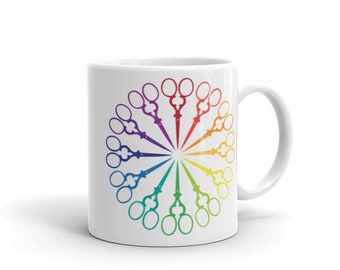 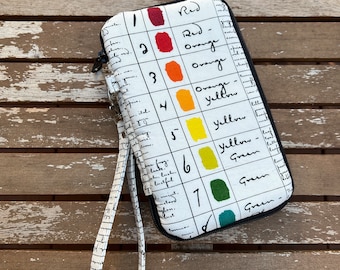 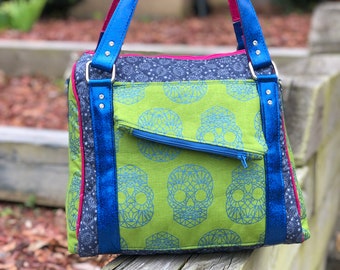 Rockstar Bag in Libs Elliott Wild Side with Sparkle Vinyl 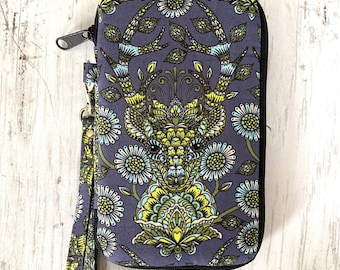 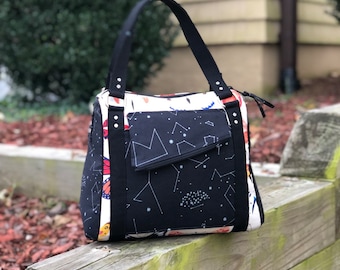