The Sega Megadrive (known as the Genesis in the USA) was the console of choice in my house. Streets of Rage II was THE BEST, I played it endlessly with my older brother in the early 90s.

The Megadrive has quite a modern board in, dense with traces and not actually very interesting. Instead of printing this board, I've focussed on two tiny supporting PCBs that are in the case, for the power jack and the headphones socket. This item is a pair of postcard-sized prints.

I cleaned it, stripped the components, scanned it, and traced it, painstakingly laying out the lines like the original designer did. I created separations and screens for the four layers (background, bottom copper, top copper and through-holes). Each layer of each print is individually hand-pulled on a silkscreen press using four different mixed colours of acrylic ink, onto 300gsm textured Somerset Satin paper, in the basement of my studio here in Edinburgh, Scotland.

This is an open edition, signed by the artist on the back.

This will be made just for you! Prep time varies. Contact the shop to find out when it will ship.

Mr. Noble, what can I say? This Polargraph, a type of art form I was unfamiliar with until stumbling upon your shop, is now my first real art purchase. Besides trading paintings, jewelry, ceramics & other creations with fellow art school students for 6 1/2 years, I have never actually forked over money for another artist's work... sad, I know. Even after teaching art for almost 8 years & growing up around the artists my dad hung around with, I could not afford the art I desired or it was unoriginal and bland. This piece changed all of that for me. Here is something I can not make with my own 2 hands & the process is so fascinating! Thank you, thank you, thank you, for making something so new and fresh. Something that was so different I had to have it, to feel the paper and process the way those lines were made. Just Lovely.

All Hail the Mighty Armadillo....cuff that is. What a spectacular piece!! People I don't even know grab my wrist and want to know everything about it. It's a bold statement. It's super comfortable and it fits like it was designed just for me. Oh wait...It was designed for me! Thank you Sandy for another wonderful and rewarding design collaboration. The cuff is not only stylish but it will always have a lot of meaning for me. You listened to my ideas and you made them happen with skill and integrity. Thank you! 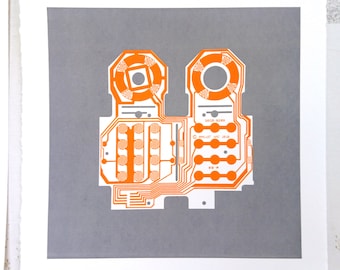 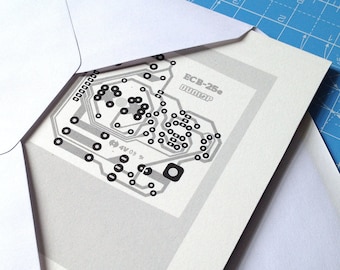 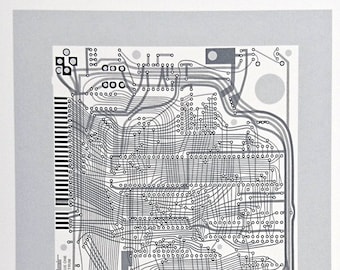 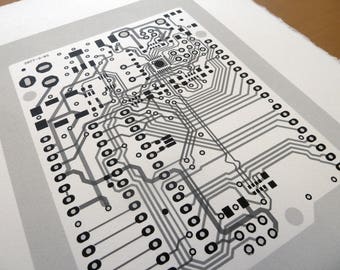 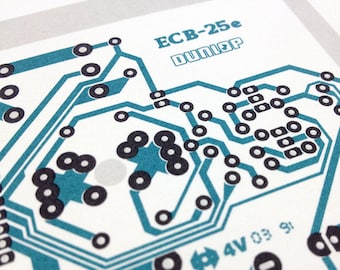 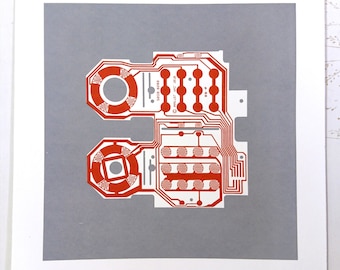