Hot for the holidays! Selling fast, but there’s still some in stock.

I wanted something we could take camping. For those nights when your hunkered down in your tent during a rain storm. This is perfect. Totally portable, strategic and fun for me and my hubby. Love the wood pieces and the two sided game board. Showed up fast and great packaging. Worth every penny.

The vinyl is a little stinky, but I love the design! The fact that it can be rolled up and not take up space will be a big plus. I look forward to playing the games.

The product looks wonderful, and fulfills all my expectations. Corey gives absolutely the best costumer service ever.

When this product came in the mail I was already excited, but it blew away my expectations. It is a beautifully crafted game. The canvas game mat and the wooden game pieces are better in reality than any picture can show. I'm very excited to gift this game to my brother. Will be purchasing from this artist again! 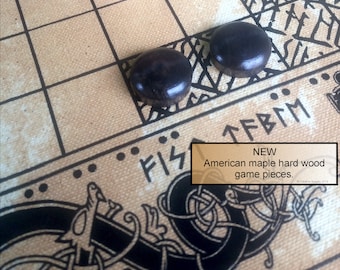 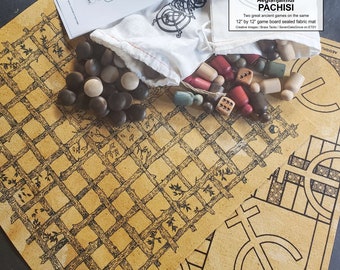 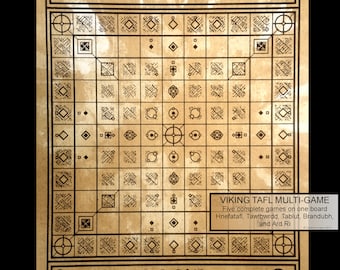 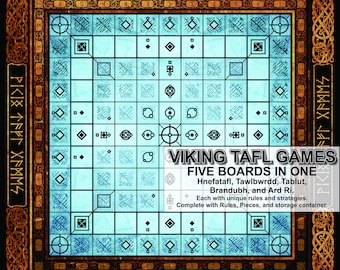 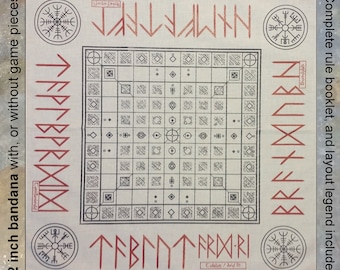 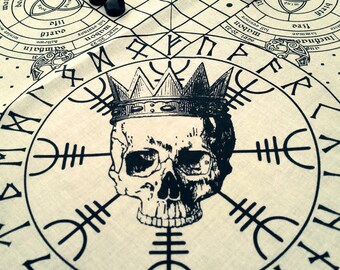