Selling fast! Only 7 left, and over 20 people have it in their carts.

You will receive TEN Brazilian Agate Slices Polished Quartz Geode Slices randomly selected from the agate slices pictured in the stock photos. Each geode slice is unique! Some are translucent, some are opaque, all are simply gorgeous! Spiritualists believe that each geode comes to reflect it's owners personality over time! Average size is between approximately 1” inch to 2.5” inches at the widest point.

These Polished Coloured Agate Slices will make a perfect addition to your crystal geode collection or as a gift for someone very special. Prized by gem and mineral collectors, and favourites of Crafters, Hobbyists and Jewelers alike! These make stunning pendants, beautiful wind chimes, gorgeous Christmas ornaments or whatever other fabulous things you can dream up!

Asking price is very low for an amazing treasure find from our Mother Earth.

ABOUT AGATE:
Agate's most noticeable properties overall are balancing yin/yang energy, courage, protection, healing, and calming. Historically it was placed in water for cooking or drinking to dispel sickness. The Metaphysical and Healing Properties Lore of any specific type of agate depend to some extent on the color of the agate, but all agates have certain things in common.

Agate is a stone of strength. It was used by the Ancients on the breastplates of armor to give warriors strength and make them victorious in battle. Energetically, it is considered to give strength in both battle and physically.

Agate enhances creativity and strengthens the intellect, making it a beneficial stone for both students and artists. It is also known as a good luck stone. As a stone of harmony, one of the things agate does is balance yin/yang energy. Agate increases energy. However, because it is a grounding stone, it does not increase energy at all times, but rather enables bursts of energy as needed. In this way, agate is a conservation stone, and enhances longevity.

Agate is a very protective stone. It is especially protective for children, and makes an excellent stone for children's amulets, medicine bags, jewelry, or just to carry around in a pocket. Agates are said to be especially useful for protecting children from falling.

Emotionally, agate gives courage, emotional strength, self-confidence, and dispels fears. It can also lessen feelings of envy by grounding the emotions. In the same way, it assists with acceptance of all things. It can be very beneficial for self-examination as well as examination of the circumstances one finds oneself in. These qualities make agate superior for easing anxiety and stress. Plume agates are especially helpful for anxiety and stress relief. Particularly when placed on the Solar Plexus (3rd) Chakra it can help one to accept one's emotions, thereby helping overcome those emotions that one wants to remove.

Because of the harmonizing qualities of agate, and its emotional energies of removing and releasing resentments and bitterness, it is also considered by many to be an excellent stone for helping to heal and improve relationships.

Agate can cleanse and stabilize the aura by removing and/or transforming negative energy.

As far as relationships go, agate is a stone of marital and romantic fidelity.

Agate is said to strengthen the body and the body's connection to the earth. It also increases energy. Agate is used in crystal healing for healing of all kinds by bringing the elements of the healee into harmony. Physically, agate is said to be particularly helpful with tooth and gum issues, stomach problems, physical endurance, insomnia. Note that healing crystal meanings are spiritual supports to healing and are not prescriptions or healthcare information.

White agate is especially considered a stone of hope.

Chakras: All agates can remove blockages from any chakra. Agate also relates to specific chakras according to the stone color.

Rock Lore & Tidbits: Agate is a variety of chalcedony which is a microcrystalline quartz. Agate is a more translucent microcrystalline quartz and technically is striped, though many stones named agates are not striped, whereas jasper is more opaque. There are many, many different types of agates in many different color combinations, and they are found all over the world. Different types are known fr different appearances and/or properties.

After you place your order, PhoenixMint will take 1 business day to prepare it for shipment.

PhoenixMint puts your order in the mail.

Estimated to arrive at your doorstep Dec 4-6!

Purchase any 3 or more items in a single transaction and enjoy an additional 15% off YOUR ENTIRE CART!

Beautiful agate slices - already have a plan for incorporating 5 into an upcoming glass project!! The only thing I wish was different would be the colors I received….was hoping for several unusual, lighter colors as shown with the listing; mostly received earth tones, but I love them and I will definitely use them! I will shop here again!!

Incredibly fast shipment, and my students are loving painting pictures inspired by the real agates!

In the right stained glass project, these pieces will work just fine, I believe. Interesting colors. Don’t really pop; not sure what I was expecting. Couple slices have streaks from the polisher? Nice thickness for windows. Glad to have them.

Get 15% off your order when you buy 3 items at this shop. Discount shown at checkout. 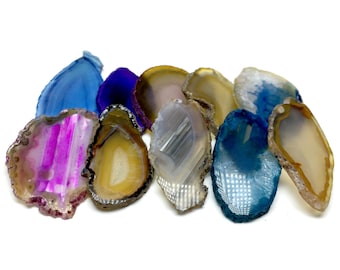 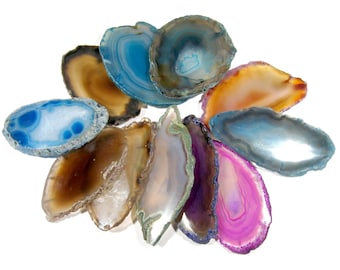 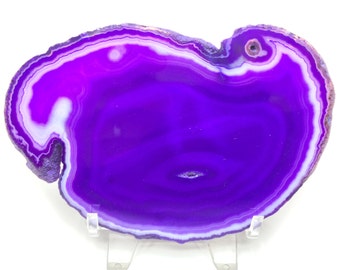 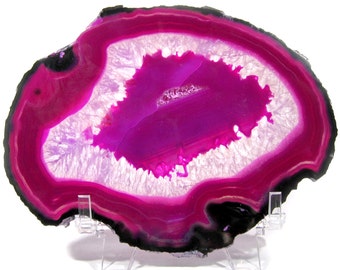 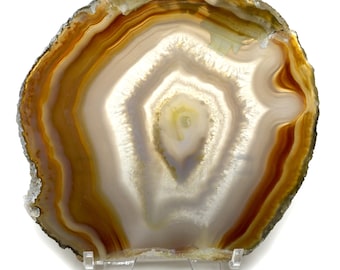 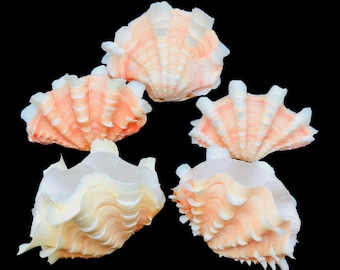