Celebrate Theodore Roosevelt's leaving the Republican Party to form his Progressive Party in 1912 with this finely crafted t-shirt. This particular shirt comes in your choice of red or blue with a faded wash.

This shirt is incredibly soft with great drape, stretch, and recovery. Its made from 50% polyester, 25% cotton, and 25% rayon.

In 1912, Theodore Roosevelt attempted to run for a 3rd presidential term as a Republican. Unfortunately, for him, his party no longer wanted him. They nominated the current President—and Teddy's former friend and now-rival, William Taft—to run for President.

In a desperate attempt to beat Taft and get back in to office, Roosevelt formed the Progressive Party. He went on to get 27% of the popular vote, more than Taft, and the highest percentage for any 3rd-party candidate in the history of the United States.

But with a progressively-minded Woodrow Wilson leading the Democratic Party ticket, Roosevelt couldn't win a 3rd term. Wilson took 41% of the popular vote and enough electoral delegates to win the overall election.

At Taftly, we want everyone to rediscover the amazing—and often crazy—history of American politics. We craft fine apparel and goods for history teachers, students, and lovers to help spread their love of history to everyone.

After you place your order, Taftly will take 1-2 business days to prepare it for shipment.

Taftly puts your order in the mail.

Estimated to arrive at your doorstep Dec 3-8!

At this time we don't offer custom or personalized orders. What you see in the product photos is what you'll get—awesome, well-designed historically inspired shirts.

Our shirts run just a tad on the small size. If you like looser shirts, we recommend ordering one size larger than the shirts you normally wear.

Wash your shirt. Otherwise they'll get a bit stinky. We recommend washing on a light cycle with cold water. And if you want your shirt to last longer, air dry overnight rather than using an automated clothes dryer. 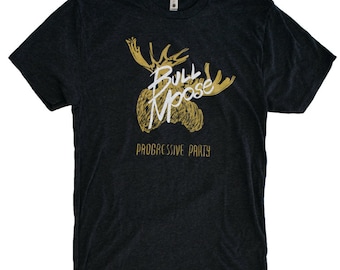 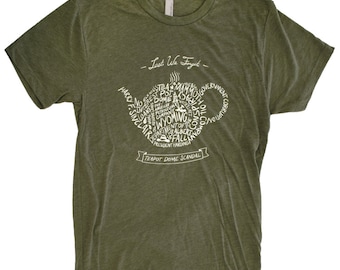 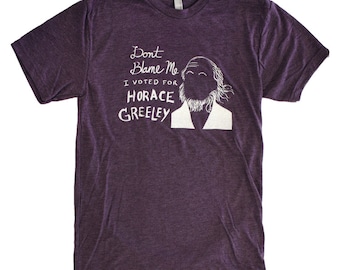