As shines the moon in clouded skies,
She, in her poor attire, was seen;
One praised her ankles, one her eyes,
One her dark hair and lovesome mien.
So sweet a face, such angel grace,
In all, that land had never been.
Cophetua sware a royal oath:
"This beggar maid shall be my queen!"
"The Beggar Maid," st. 2 (1842)

Alfred Tennyson, 1st Baron Tennyson, FRS (6 August 1809 – 6 October 1892) was Poet Laureate of Great Britain and Ireland during Queen Victoria's reign and remains one of the most popular British poets.

Tennyson excelled at penning short lyrics, such as "Break, Break, Break," "The Charge of the Light Brigade," "Tears, Idle Tears," and "Crossing the Bar." Much of his verse was based on classical mythological themes, such as Ulysses, although In Memoriam A.H.H. was written to commemorate his friend Arthur Hallam, a fellow poet and student at Trinity College, Cambridge, after he died of a stroke at the age of 22. Tennyson also wrote some notable blank verses, including Idylls of the King, "Ulysses," and "Tithonus." During his career, Tennyson attempted drama, but his plays enjoyed little success. Many phrases from Tennyson's work have become commonplaces of the English language, including "Nature, red in tooth and claw" (In Memoriam A.H.H.), "'Tis better to have loved and lost / Than never to have loved at all," "Theirs not to reason why, / Theirs but to do and die," "My strength is as the strength of ten, / Because my heart is pure," "To strive, to seek, to find, and not to yield," "Knowledge comes, but Wisdom lingers," and "The old order changeth, yielding place to new." He is the ninth most frequently quoted writer in The Oxford Dictionary of Quotations.

Pearls From Tennyson is a fifteen-page compilation of short poems; artfully published by The Hayes Lithographing Company. The exquisite and colorful artwork is from the Nouveau period (the early 1900s), placing this tome in that period.
The binding is a very soft suede (sans boards) w/gold gilt lettering. The binding has separated from the pages, and the first fly page has a tear; otherwise, the pages are beautiful, each lithograph a frameable work of art.
The Hayes Lithographing Co. published it in Buffalo, NY, which produced a number of other volumes of popular poetry (Kipling, Browning, Whittier, etc) in a similar format.

Please review the photos; more are available upon request.

Thank you for visiting Algernon's Journey!
Au revoir till...
D.Phillippe

After you place your order, AlgernonsJourney will take 1-3 business days to prepare it for shipment.

AlgernonsJourney puts your order in the mail.

Estimated to arrive at your doorstep Feb 17-22!

The issue was exactly as described

The World’s Great Scientist, by The Home Study Circle Library, edited by Seymour Eaton Circa. 1902

The Women Who Lived in Hitler's House, by Pauline Kohler, circa 1940, published by Sheridan House, N.Y. 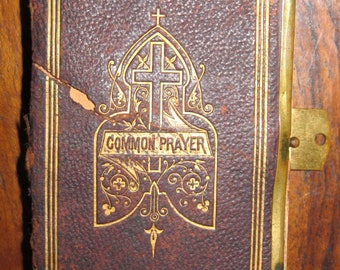 The Book of Common Prayer, The Church of England, Oxford Printed at the University Press, Sold By Henry Frowde, Miniature Pocketbook 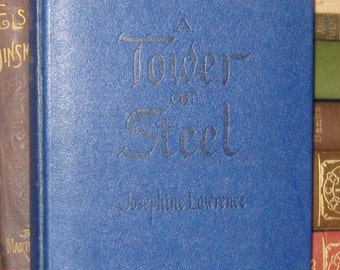 A Tower of Steel by Josephine Lawrence, circa 1944, A love Story! published by Little, Brown and Company 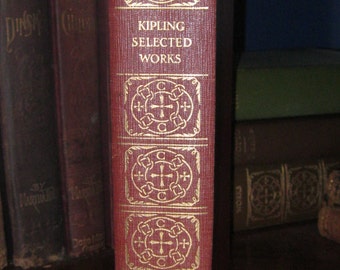 The Works of Rudyard Kippling, One Volume Edition 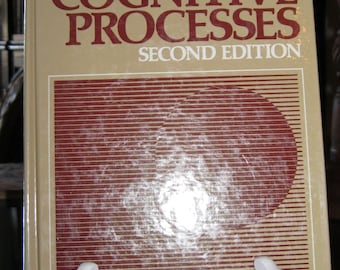 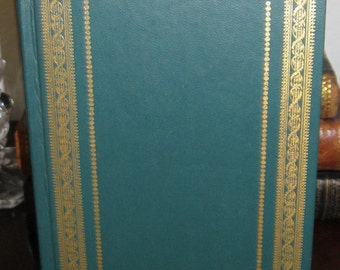 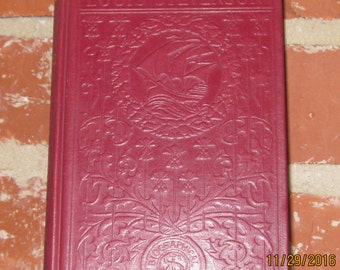 The 1907 Biographical Edition of, The Letters of Robert Louis Stevenson Vol. II