ESSAYS IN THIS ISSUE:

- An exploratory essay by a queer teacher about whether or not classrooms can be considered safe spaces
- A call to action to counteract dominant activist discourse that permits activists with privilege to police marginalized activists on the basis of not participating in activism "correctly"
- A short essay about minority feminist art spaces in the second and third wave, essentially arguing for people to not rely on tokenism
- An essay about the author’s struggle to negotiate his identity as a femme queer trans man online, including his attempts to pass as cis online while being out as trans in real life
- Using relationship anarchy and anarchist approaches to commitment to (re)frame messed-up family relationships in terms of in/accessibility
- A creative nonfiction meditation on systemic racism, white supremacist normativity, and American society's conditioned, unconscious justification for the continuous injustices of heterosexual white men and how, historically, their heinous actions have always gone unquestioned
- A personal essay describing a young woman's experience getting an IUD (intrauterine device) after the most recent presidential election for fear that affordable healthcare could be eliminated
- A discussion of the ways in which the queer community can be unwelcoming to those whose identities don't fit the mainstream queer narratives
- Experiences working in a domestic violence shelter and how its nonprofit infrastructure made the author’s work harder and exasperated their caregiver burnout
- Identifying the need and subsequently carving space for oneself as a non-binary transgender feminist
- An ode to the author’s city and an understanding of how white supremacy has historically and continues to shape the city’s politics, community, and culture
- A short narrative on reclaiming physical space
- The closet metaphor is both too singular a metaphor for how the author segment their queerness online, and also inaccurate given the author's use of trash bags for storing clothes
- Tracing the origins of Canadian queer zine culture
- Establishing distance from difficult memories, and the allegory of clocks as instruments of timekeeping
- A critique of academic spaces that addresses the importance of integrating anti-oppressive strategies into research methodology
- Orthodox Jewish and Native American menstrual rituals in America and how ritual seclusion can be perceived as empowering and used as a way to affirm identity and difference
- Distancing oneself from hostile environments, including a parent, the nonprofit industrial complex, and white feminism as manifested through the 2016 U.S. Presidential Elections, as a form of reclaiming agency and considering possibilities for a whole self
- Told in second person, an experimental creative non-fiction piece on recovering from psychosis and depression
- An examination of how the colloquialisms dispatched and the postures held by heteronormative society affect one's personal growth

+ NOTE ABOUT TRIGGERING CONTENT: We are circulating the above descriptive list, along with a screenshot of the table of contents, in an effort to reveal the content and chronological order of this issue, thus creating the opportunity for readers to judge on an individual basis as to which essays could be potentially triggering or uncomfortable to them. We have chosen not to place trigger warnings on specific pieces in Hoax because we recognize that triggers are unique and highly personal. We believe that it is impossible to discern what content has the potential to be upsetting and/or triggering to every one of our readers, and we do not want to inadvertently create a hierarchy of what material is “intense” or “real” enough to warrant a warning. Please contact us if you have suggestions about how to better incorporate trigger warnings into future issues of Hoax.

*Shipping prices are based on how much it costs to mail items through the US Postal Service. We have no control over them, and apologize for how costly they are.*

After you place your order, HoaxZine will take 1-3 business days to prepare it for shipment.

HoaxZine puts your order in the mail.

Estimated to arrive at your doorstep Oct 29-Nov 3!

Love love this issue as with all Hoax issues. 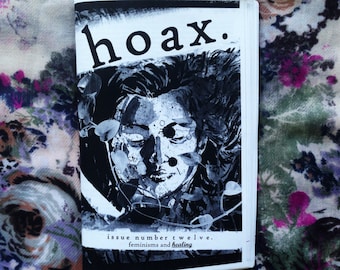 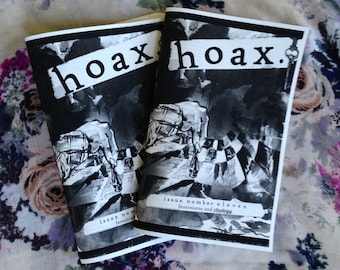 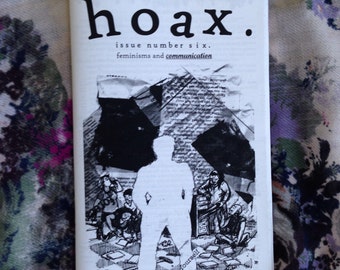 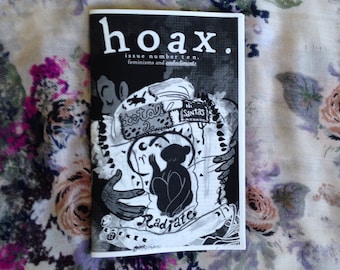 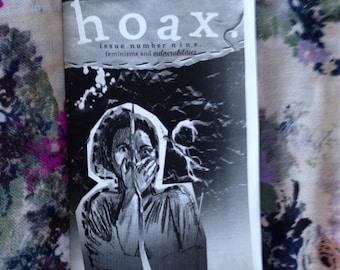 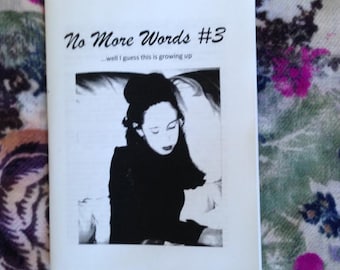 IF A PACKAGE HAS BEEN LOST IN THE MAIL
Or, otherwise does not make it to your location after it leaves our hands, we do not assume liability or responsibility for refunding your purchase. We encourage you to contact your local post office in the event of a missing package. Please contact us directly to get details about when your package was sent before you open a case with Etsy.

IF YOU DO NOT RECEIVE YOUR ORDER IN A TIMELY MANNER
Please send us a message if you believe your order has been delayed and/or lost in the mail. We will provide you with specifics about the date and time your package was sent in order to help determine if there is an error on our part. Both of the shop operators have busy schedules and sometimes we make mistakes or can't get to the post office on time.

IF YOUR PACKAGE IS RETURNED TO US
We will send you a message through Etsy to notify you that your package has been sent back to us. In most cases, the postal service marks these packages as "No such address" or "Moved - Left no forwarding address." We will ask you how you would like to proceed. If you wish to have the package remailed to you, we will do so at no additional charge to you. If you do not respond to our inquiry within 5 days, we will assume you are uninterested in having the package resent and will not attempt to mail it again.

We mail all packages through standard shipping provided by the US Postal Service. Any additional postage insurance on an order, if desired, is to be covered by the buyer. Please contact us directly about any shipping upgrades you may want BEFORE you make a purchase.

Secure options
Accepts Etsy Gift Cards and Etsy Credits
Etsy keeps your payment information secure. Etsy shops never receive your credit card information.
Payment is expected to be rendered at checkout. In the case of using an e-check, we will wait to send your purchase(s) until payment has cleared.

For inquiries about wholesale or distro-related orders, please message us directly. 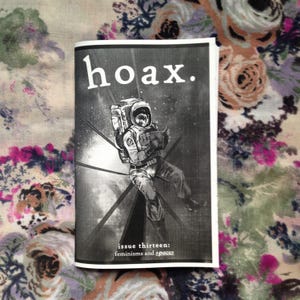 This item has been saved 52 times 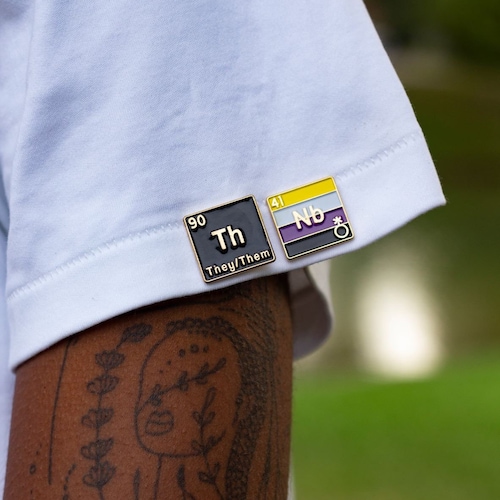 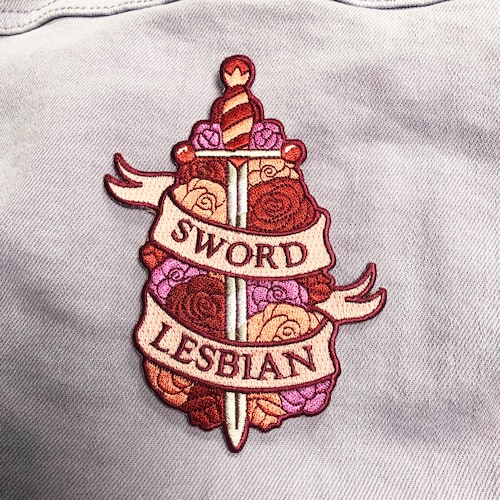 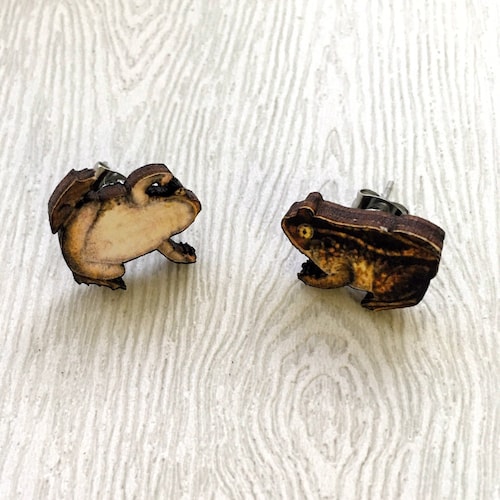 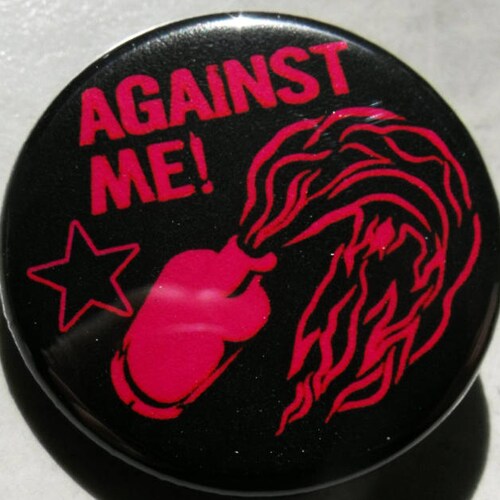 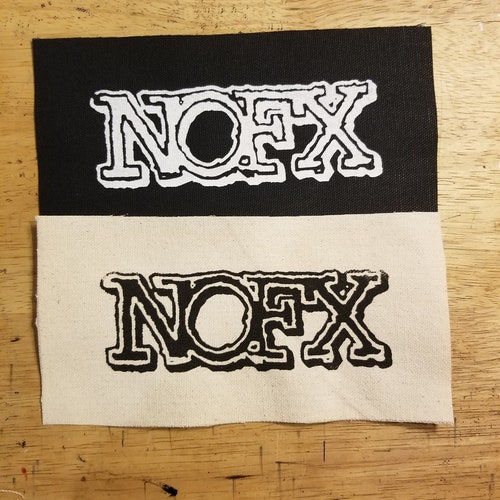 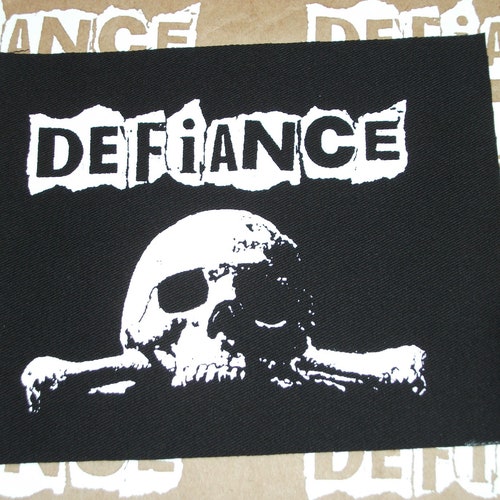 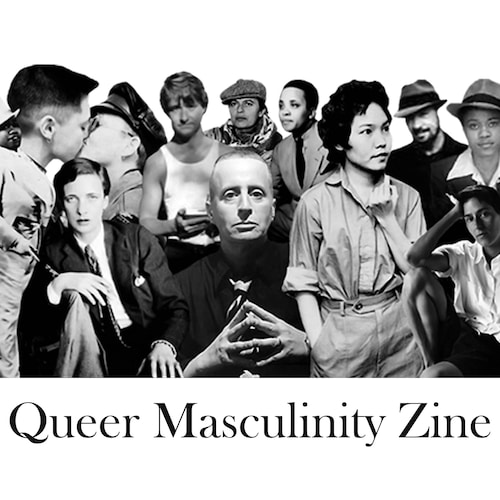 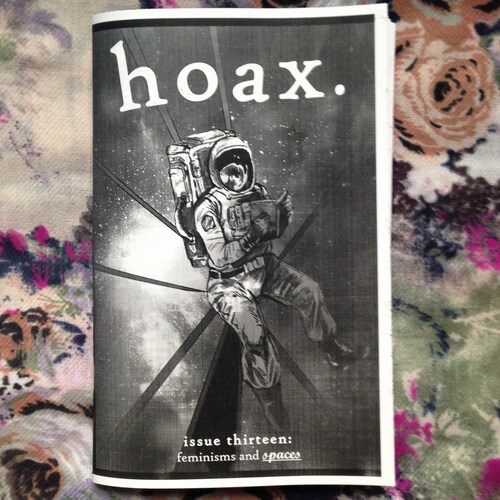 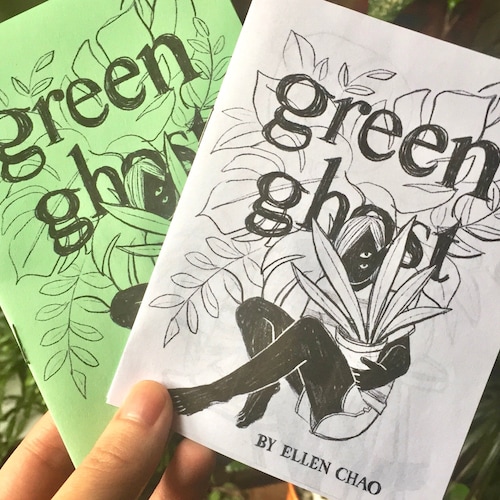 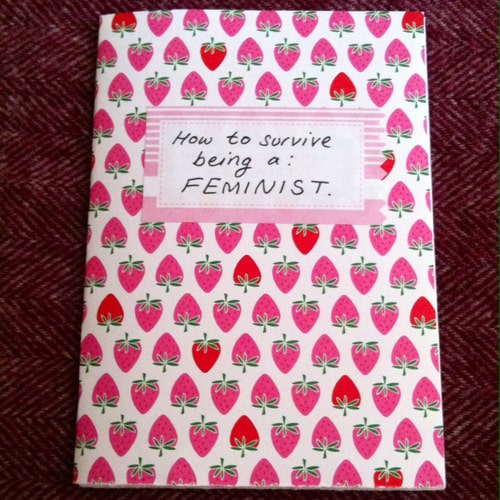 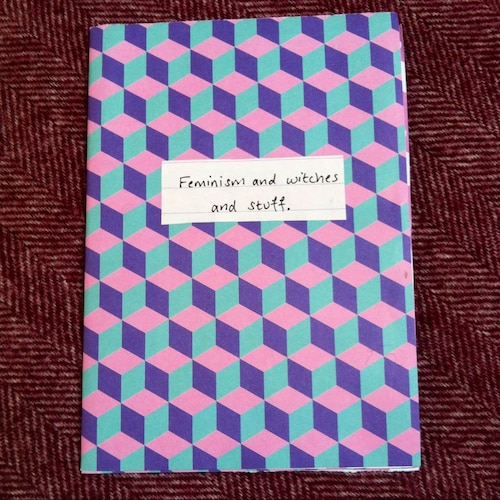 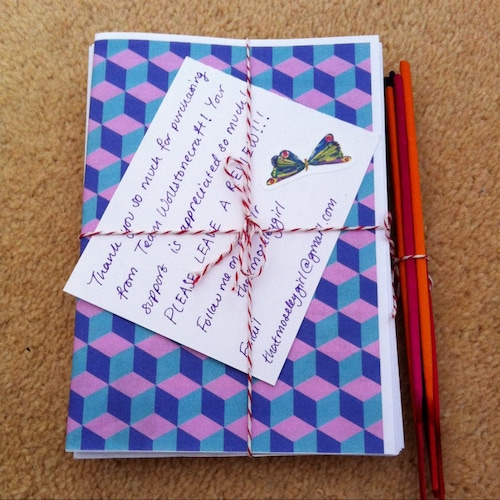