Cosmos & Other Stories (Second Edition, 2018) is a collection of short comics, each immersing you into the lives of several unconnected people, and their own varying forms of loneliness.

Press release:
The new collection of short stories from award-winning cartoonist and illustrator Rozi Hathaway, winner of the Broken Frontier Breakout Talent Award for 2016 and author of The Red Road, Njálla and Ø.
Cosmos and Other Stories examines themes of loneliness and longing, with Hathaway’s uniquely expressive and dreamy paintwork taking the reader on a journey through various cities, towns, bedrooms and celestial realms. If you’ve ever been lost in a crowd, stayed up all night to talk to someone long distance, or felt the ache of an absent love, then this collection will speak to you.

This is an original comic story, 48-pages in length. Cosmos & Other Stories was originally published by Good Comics in March 2017, this reprint was released in February 2018. The physical copies are now sold out.

"If you’ve ever been lost in a crowd, stayed up all night to talk to someone long distance, or felt the ache of an absent love, then this collection will speak to you."
– Daniel Elkin, Comics Bulletin

"..Cosmos is a wonderful collection of work that we genuinely wish had more in it because what is there is really rather wonderful."
– Alex Thomas, Pipedream Comics

"Good art rents a room in your consciousness. Really good art plants roots in your subconscious. Cosmos & Other Stories is a piece of art does this – and also enables you to step out of your rush, rush, dopamine-fueled day and rest happy in a second of time."
– Tony Esmond, Down the Tubes

"A collection of a handful of comics shorts, it’s Hathaway at her economical but profound best; a book that displays that remarkable ability she has to bring us so fully into the lives of her characters with a recognisable emotional resonance."
– Andy Oliver, Broken Frontier

That`s like the best money ever spend by me on art stuff, it`s just so amazingly cute, very well made and even the page with the comic that says "sørgedag" is spot on, cause I live in Norway and it means "day of sorrow" in Norwegian. I simply love it, thanks <3 <3

Really great! The artwork is beautiful and inspiring and the stories are wonderful. A short read but definitely worth it.

Absolutely beautiful artwork! I declare myself a fan of Rozi :) 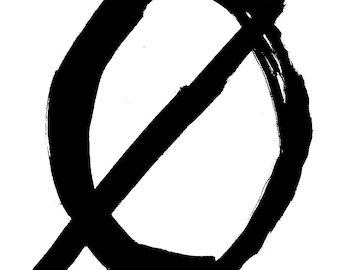 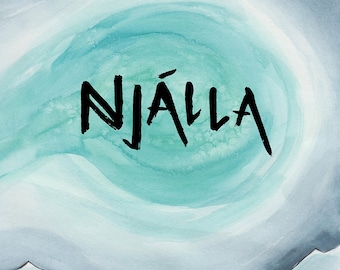 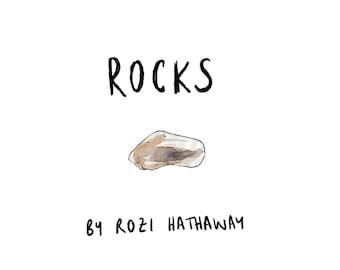 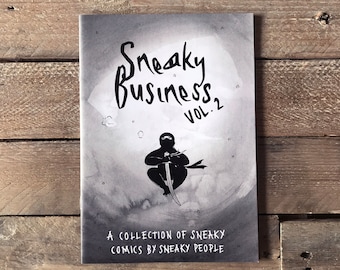 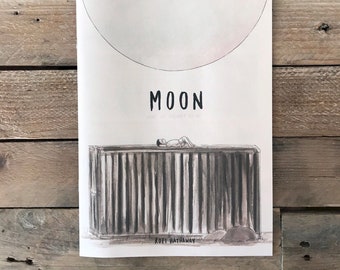 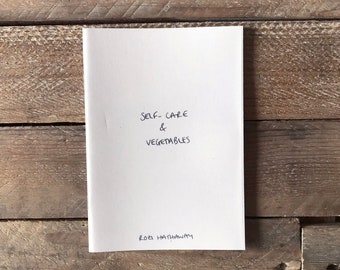 Self Care & Vegetables, an Autobiographical Break Up Zine - A6, 40 pages