This book is new, but it is vintage. It was published in 2002. Here is what you need to know about it:

I Need a Man’s Pants to Wash: I had two books in print with Pelican Publishing Company before I realized that I liked writing! Wanting to indulge this new passion I started to write a weekly slice of life column that I syndicated to Jewish newspapers across the United States. Ostensibly the column was about being single but since I was a forty-eight-year-old woman at the time, a giggly column about guys did not seem appropriate. Instead, I decided to function as a cheerleader with the message: I know you don’t want to be alone, but I am sure that you can handle it. Thus, I began to encourage singles of all ages to be self-sufficient as I told the stories of my life and found the lessons within them. And of course, I giggled about guys on occasion as well. My publishing company found the essays to be timeless and decided to compile the first 52 columns in book form. As for that crazy title? Well, you’ll just have to read the book to understand its meaning!

This is what the book's jacket has to say about it: "Readers nationwide have enjoyed Lorie Kleiner Eckert’s hilarious and thought-provoking columns. As a middle-aged Jewish divorcee, she shares her rueful perspectives on dating, relationships, and self-esteem – with original meditations on cappuccino, personal ads, and square dancing thrown in. This collection of over fifty essays showcases Ms. Eckert’s addictive blend of heartache and chutzpah."

Note: This is a paperback book.

After you place your order, LorieKleinerEckert will take 1-2 business days to prepare it for shipment.

LorieKleinerEckert puts your order in the mail.

Estimated to arrive at your doorstep Oct 22-25!

Super cute pattern; can't wait to make it! Lori & I belong to the same quilt group on FB; I'd asked about this pattern months ago, but FB sent my message into the ether; Lori just found it and immediately sent me the link to purchase. As is common amongst quilters, my eyes are bigger than my time to quilt, so I wouldn't have started on this anyway; it will be a nice addition to the spring auction in support of my local hospital. Thank you!

This is definitely going to be my go-to card for my kids' teachers each school year & I hope they display it prominently in their classrooms. Every kid struggles to fit in with the crowd and I just love the way that the quilt pictured on this card encourages the reader to be brave & embrace their differences. The colors are gorgeous & the card, like all the others I ordered, is a great quality. I don't think I've mentioned yet in any of my reviews how promptly I received my cards in the mail. This has been a great purchase overall & I'll definitely be shopping Lorie's Etsy page more in the future!

Dare to be Different Note Card - Blank Inside

This notecard is beautiful & has a charming message on the back about the simplistic design used to make the quilt & how similarly, love can be experienced in simple ways within our own lives. I'm saving this one for the most special people in my life who deserve to get a little LOVE in the mail from time to time!

These earrings are gorgeous! Wasn’t sure if they would be good quality for this price, but was pleasantly surprised! Wish there were other sayings, so I could buy more as special gifts! 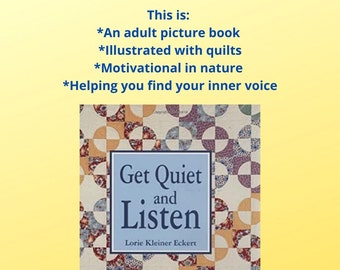 Get Quiet and Listen, Book, Illustrated with Quilts, Inspirational Gift, Gift for Her, Gift for Quilter, Patchwork, Sewing Gifts, For Her 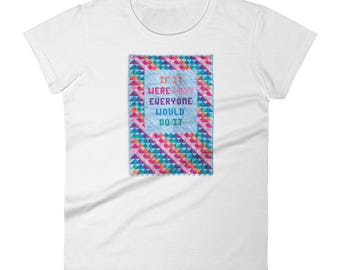 Gift for Quilter, If It Were Easy, Quilter Shirt, Gifts for Women, Gift for Mom, Gift for Her, T-Shirts with Sayings, Gift for Sewer 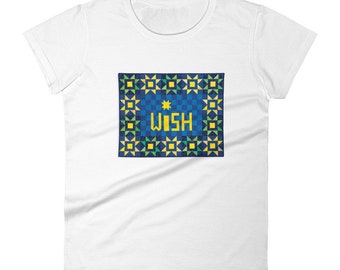 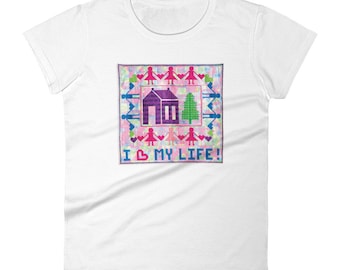 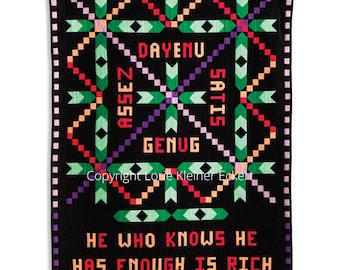 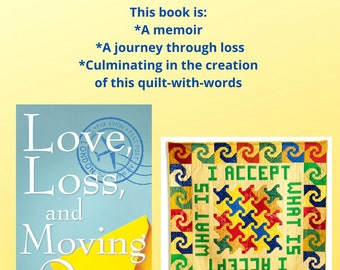