Read the full title The Sushi Poster, 25 Most Traditional Sushi in a Japanese Sushi restaurant

The perfect example is the most famous sushi restaurant in Tokyo called Sukiyabashi Jiro. The 91 year-old sushi master, Jiro Ono, has been serving traditional sushi since 1965. Not only Michelin Guide awarded his restaurant 3 stars, Jiro Ono-san had been recognized as a "living treasure" by the Japanese government from his influence of Japanese cuisine and striving for perfection in the art of making sushi.

For most people, it is quite easy to recognize salmon, tuna, tamago, shrimp, or unagi with their obvious distinct characteristics. But of course, there are many other traditional and delicious sushi dishes that you should definitely try and learn about such as ikura (salmon roe), anago (saltwater eel), katsuo (bonito), uni (sea urchin), horse mackerel, kuruma ebi (tiger shrimp), etc.

Since sushi was rooted from Japan, what I really want to convey through this project is to introduce a list of sushi that are actually long-established in traditional sushi house in Japan. Some examples includes Tako (Octopus), Shako (Mantis shrimp), Aka-gai (Red Clam), Tori-gai (Japanese Cockle), and Katsuo (Bonito/Skipjack Tuna).

All illustrations are drawn by me based on real sushi.

Underneath each sushi illustration, the name of the sushi is introduced in three ways: Japanese name in English (Pronunciation of the Japanese words), in Japanese (Kanji character), and in English. (translation)

Wisteria (Purple Flowers)
Background is based on a beautiful flower garden in Fukuoka called "Kawachi Wisteria Garden" 河内藤園. The garden is most famous from its 100 meter long tunnel made out of white and purple Wisteria flowers during Spring.

The Sushi Poster comes in one size, 16x20 inch. It will be printed in USA on a 100lb. cardstock with vibrant gloss finish

After you place your order, JapaneseFoodie will take 1-3 business days to prepare it for shipment.

JapaneseFoodie puts your order in the mail.

Estimated to arrive at your doorstep Oct 26-Nov 1!

Extremely happy with the sushi poster!!!! It shipped extremely quickly and even included a really nice surprise. Highly recommend the poster as it is quite artistic and has a great variety of sushi and their names. Thank you so much JapaneseFoodie!!!!

Love the sushi poster! Thank you!

The poster itself is beautiful quality and the stickers are the perfect addition!! It was a little tough to fit into a Michael’s 16x20 format frame but it’s doable. So excited to gift these to my ramen-obsessed partner. ☺️

Awesome poster I love it! I framed it and have it up in my living room. Exactly what I wanted! 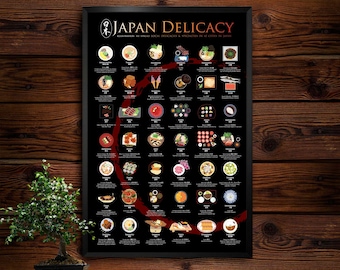 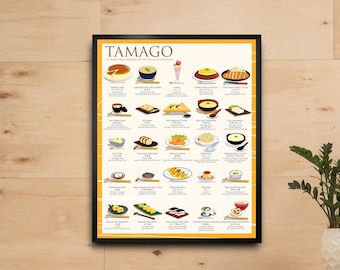 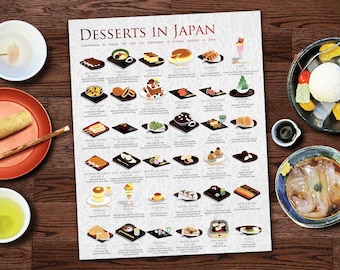 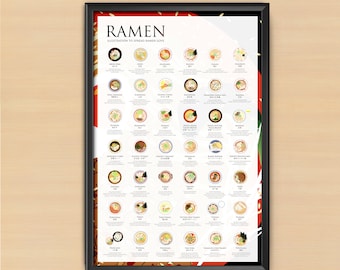 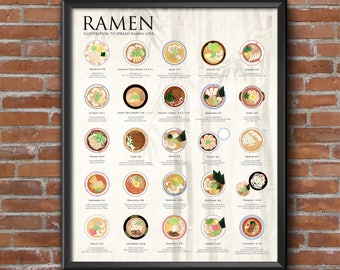 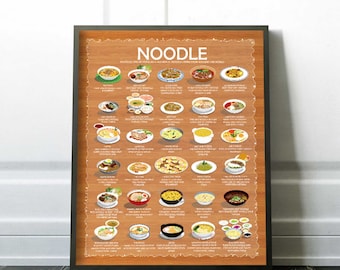 International:
First-Class Package International Service
Tracking may not be available for some countries

Questions?
If you need custom shipping method, please contact us directly for support. 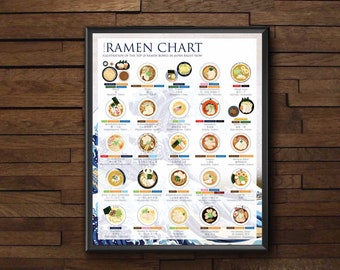 The Noodle Poster, 16x20, 30 Most Popular Noodle Dishes in the World