This is a little 5X7 of Saint Christopher. I thought I'd start small post-baby and glad I did because one of GK's favorite things is to wake up about five minutes into my painting time and then to immediately fall asleep as soon as the other kids get up.
Saint Christopher's legend tells of a giant who wanted to serve the most powerful man, so he went to work for a king but then saw him cower before the devil. So he went to work for the devil, but saw him cower before a cross so he went to work for Christ, but when he found out what it entailed he decided working for Christ was a bit harder than he thought it'd be so he took a job carrying people across a water way. One day, a little kid wanted to cross and as Saint Christopher carried Him, the kid grew heavier and heavier, Saint Christopher barely making it to the other side. Relieved when the Christ child dismounted, he said, "holy cow kid, what is your mother feeding you?". Little kid Jesus apologized for his heaviness. "I'm carrying around the weight of the world's sin."
After that, Saint Christopher decided he should rethink some things and ended up on the employment rolls for the Christ.
Other sizes available.

Estimated to arrive at your doorstep Oct 7-17!

Full set of 5 Joyful Mysteries of the Rosary in Byzantine/ Folk Style on 2.5" X3.5" wood by DL Sayles

The artwork is even more beautiful in person! Very happy with my purchase. And thank you for the Resurrection piece. They are all part of a special outdoor Stations of the Cross at my home in the woods. 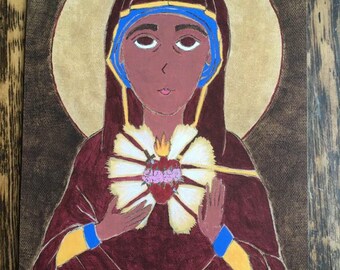 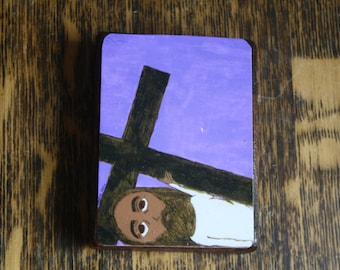 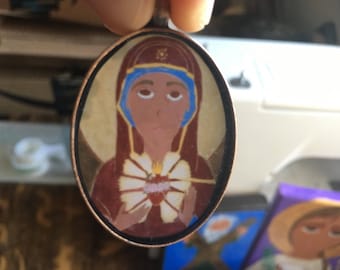 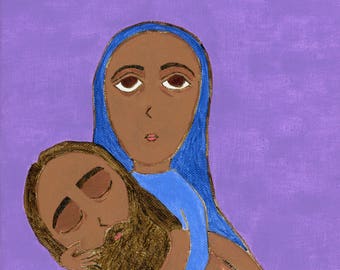 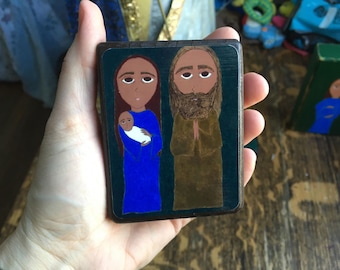 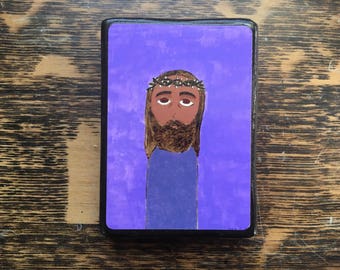 Listed on Aug 22, 2022
One favorite
Report this item to Etsy