Selling fast! Only 3 left, and 3 people have it in their carts.

This is a panel and GPIO Expander Hat for an OLED screen expander to the Terminal Tedium eurorack module that was designed by mxmxmx. You will need to source your own OLED screens, headers, etc for this DIY project.

The panel is designed by North Coast Modular Collective but in collaboration with Gerald Stevens and Sean Rieger.

When built, the expander provides two OLED screens that can display information from Pure Data patches on the Terminal Tedium and it also features two USB passthroughs that can be used to expose USB ports from the Raspberry Pi to the front of your Eurorack.

In addition to the panel, a GPIO OLED Expander Hat is included with the panel. This board, when soldered with headers, sits between the Terminal Tedium and Raspberry Pi. It has specific outputs for two OLED screens as well as a breakout for the rest of the GPIO.

The latest version of this panel is updated to add more space between your case rails and the OLED screens. The finish for this latest eurorack module panel is a sleek semi-matte black finish.

In addition, this project can be used to support the ORAC project for Terminal Tedium from thetechnobear with Gerald Stevens. More info at:
https://llllllll.co/t/orac-open-source-instrument-thing/13720/143
and
https://github.com/TheTechnobear/Orac/wiki
and
https://patchstorage.com/orac-for-terminal-tedium/

After you place your order, ncmodularcollective will take 1-2 business days to prepare it for shipment.

ncmodularcollective puts your order in the mail.

Estimated to arrive at your doorstep Oct 30-Nov 4!

The panels are beautiful! They were packaged well, and shipped promptly.

We bought two of these passive mults for the studio. Loved that the passive was configurable to either be a 1x or a 2x. Easy build too. Peace. Christian - fiN Studios

Does what it says. The feel of the switch is super smooth too! You can tell that they purposely picked a nice feeling switch for this product! I’ll probably pick up another one once my system gets bigger! 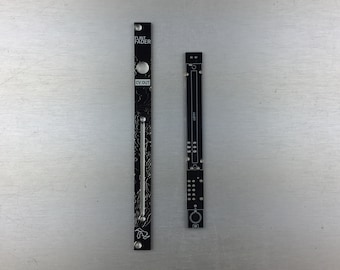 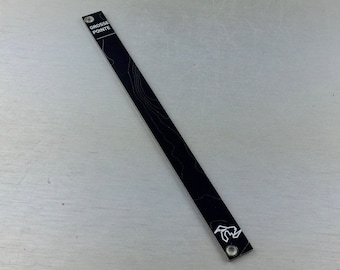 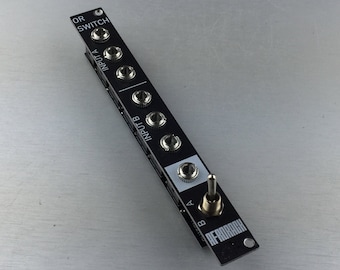 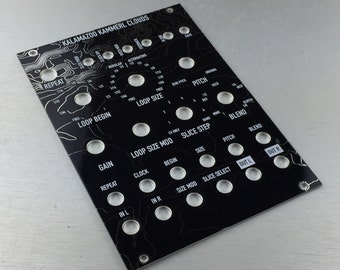 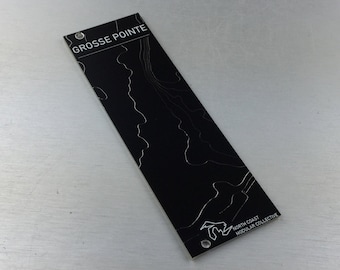 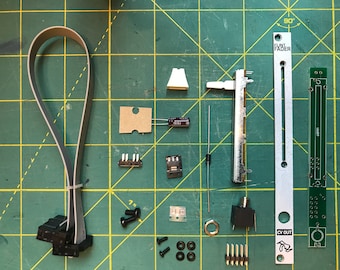