Thor's Hammer, also known as Mjölnir is the legendary and fearsome weapon of Thor the Norse god of thunder and lightening, and the protector of mankind. The hammer was made by the Dwarven brothers Eitri and Brokkr.

The Jorvik Thor's Hammer is a modern take on the classic hammer of the Viking period. The shaft is detailed with a design from a carved cross from the Isle of Man and depicts a Jelling style dragon. The design on the head of the hammer is taken from a bone trial piece found in the Coppergate excavations, York. It shows a typical style knotwork from the Viking period. It is interesting to note that the original carving from York was incomplete and we have finished it off for this new design.

This Mjolnir has been cast and hand finished in Scotland from solid Pewter.

The pendant comes on a waxed black cord.

This necklace is amazing quality and I get compliments on it every time I wear it. Stunning.

This is an Anniversary Present in May. So far I think its beautifully made, lovely quality and really unique! I love it! Thanks so much 😊👍🏻

The size and quality of this thor's hammer hanging just blew me away. In my opinion, it's one of the best things I own. Every time I see it, I am overwhelmed by its quality and impressive size.

THIS IS PERFECT!! Thank you SO much! Everything is beautiful, even the way it was wrapped to nicely 😭🤧💕 you are so sweet! 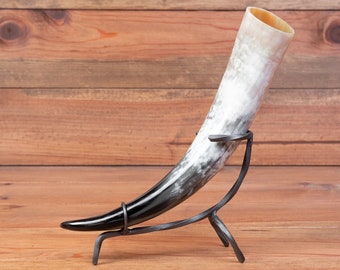 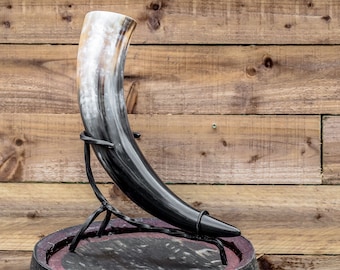 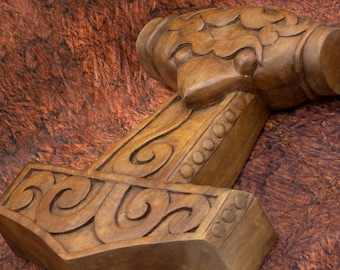 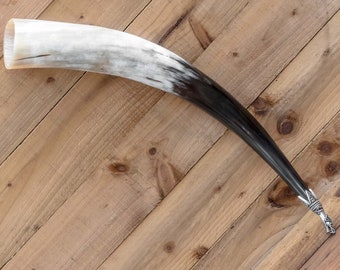 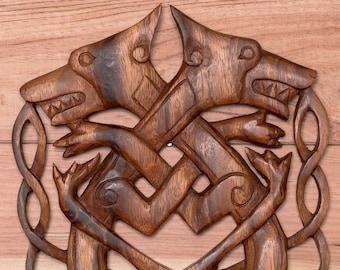 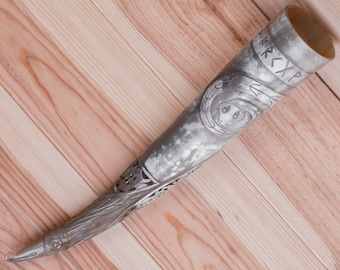