The Pulcinella mask in the Commedia dell'Arte theater is reputed to have originated from the south of Italy (Campagnia), a region boasting a wealth of comic traditions.

Pulcinella's physical appearance in the theater often resembled that of a cockerel. His mask with a beaked nose is thought to have given rise to his name, either from the Latin 'pullus gallinaceus' or from a dialect corruption of 'pullicino' (young chick).

Regardless, his big nose, squeaky voice, clownish ways gave rise to him being cast as a charlatan, lazy bones, tumbler and acrobat.

This pastel arrived quickly and in perfect condition. And it is even more beautiful than the Etsy site [and it was great there]. This painting will join several others that cigarette/cigar/tobacco themed pieces. I own a tobacco farm that used to belong to my grandparents and I lived/worked on a tobacco farm as a child/teen. Not a smoker, I enjoy pieces of art that being back the golden years of King Tobacco.

Very nice seller/artist. I bought this for a gift and the recipient loved it. Highly recommend. Seller was so nice to tell me the back story of the piece.

Beautiful - everything was perfect from start to finish 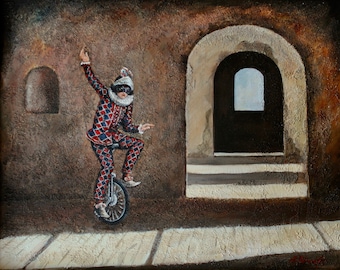 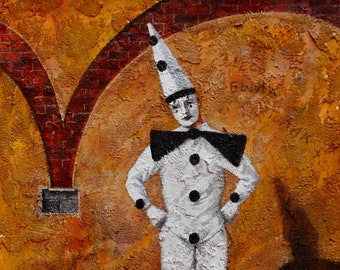 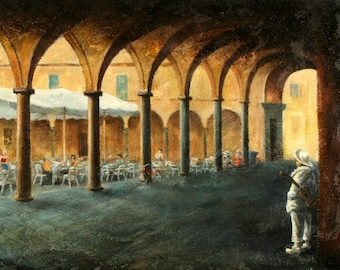 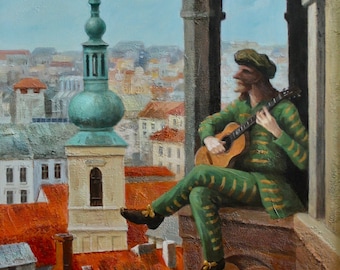 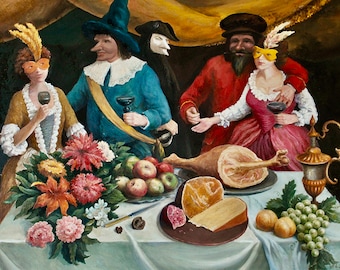