The twins of Paul "Muad'dib" Atreides become embroiled in the political landscape of Arrakis ("Dune") and the rest of the Universe. They do so along with their Crysknife’s. A Crysknife is a Knife whose Blade is made from the Tooth of a Dead Sandworm of Arrakis. It is the weapon of choice for the Fremen, the natives of Arrakis. It is Milky White in color and iridescent. The tip of a Crysknike is also commonly poisoned, with an unnamed poison residing where the nerve of the tooth used to be. To the Fremen, the Crysknife was sacred, and they maintained much tradition around it. If it was drawn, it could not be resheathed until it had drawn blood. Moreover, the blade was not allowed to be seen by those considered to be outsiders by the tribe; otherwise they would have to die by it, or be "Cleansed" in an Elaborate Ritual.

This Collectable is part of our Special "Science Fiction Dune Collection." This is an Exclusive: Signed, Numbered, Limited Edition of Real Prop Replicas. This Item is a Crysknife as seen in the TV Mini-Series "Dune” and “Children Of Dune” (2000). This Movie Prop Replica was Cast from a Mold that was Made Directly from a Real Prop Crysknife that was used in the Film. A Crysknife is a fictional weapon in the Dune universe created by Frank Herbert. According to the 1965 novel Dune, it is made from the Crystal Tooth of Shai'Hulud, the Giant Sandworms that live below the Sands of the Desert Planet Arrakis. A Crysknife is the Formal and Sacred Weapon of the Planet's native Fremen. All young Fremen must go through a Ritual Confirming their adulthood, which is sealed with the gift of a Crysknife to the adolescent warrior. Each item Comes Complete with a Double Sided, 4 x 6 inch, Full Color, Professionally Printed, Certification Card. This Documentation contains Poster Art and Explains in Detail about the Crysknife and how it was used in the film. This Real Prop Replica Comes in a New Box ready for your next Adventure!

The Prop Movie Replica Dune Freman Knife Measures: 11 inches long by 2 inches wide by 1 inch thick. It is made out of Solid Resin. The Handgrip is painted Brown, then Wrapped in Real Brown Leather, just as the Real Props Were, while the rest of the Knife is made to look like the Tooth of a Sandworm.

It Looks and Feels just like a Real Tooth of a Sandworm!!

After you place your order, ReelArtTreasures will take 1 business day to prepare it for shipment.

ReelArtTreasures puts your order in the mail.

Estimated to arrive at your doorstep Oct 3!

A really nice prop from the SyFy series, I also bought the crysknife from the mini-series too. Love them both

Has a nice heft and my husband loved it!

I bought this thinking it would be much similar to the movie prop. Unfortunately it was much smaller and it didn’t include a chain or necklace. It feels weighty like gold but the gold plating isn’t very clean. It’s already flaking by the necklace clasp. For the price, I would have liked it to be a bit bigger, necklace included, and cleaner gold plating. Kinda disappointed. 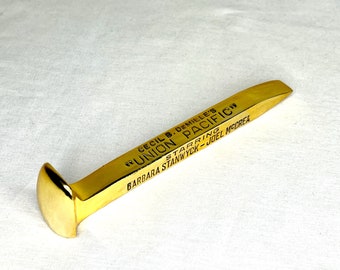 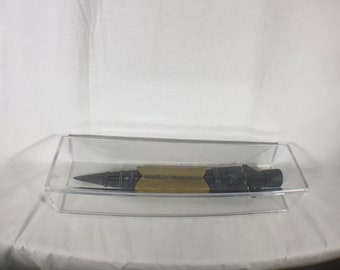 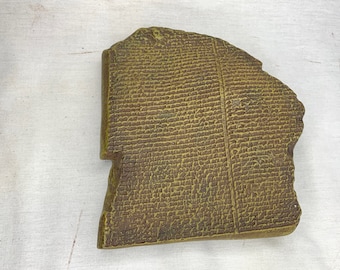 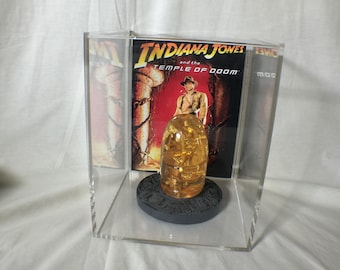 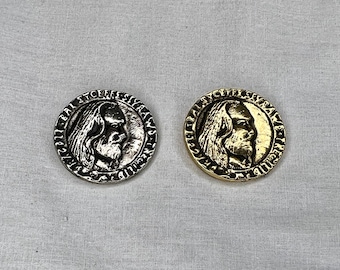 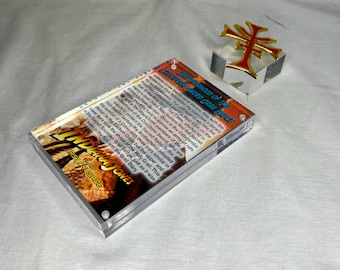