Direct to you, Right from Arakus!!

In the year 10191, a Spice called Melange is the most valuable substance known in the universe, and its only source is the desert planet Arrakis. A royal decree awards Arrakis to Duke Leto Atreides and ousts his bitter enemies, the Harkonnens. However, when the Harkonnens violently seize back their fiefdom, it is up to Paul, Leto's son, to lead the Fremen, the natives of Arrakis, in a battle for control of the planet and its spice. He does so along with his Crysknife. A Crysknife is a knife whose blade is made from the tooth of a dead Sandworm of Arrakis. It is the weapon of choice for the Fremen. It is milky white in color and iridescent. The tip of a Crysknife is also commonly poisoned, with an unnamed poison residing where the nerve of the tooth used to be. To the Fremen, the Crysknife was sacred, and they maintained much tradition around it. If it was drawn, it could not be resheathed until it had drawn blood. Moreover, the blade was not allowed to be seen by those considered to be outsiders by the tribe; otherwise they would have to die by it, or be "cleansed" in an elaborate ritual.

This Collectable is part of our Special "Dune Science Fiction Collection." This is an Exclusive: Signed, Numbered, Limited Edition of Real Prop Replicas. This item is a Crysknife as seen in the Film "Dune (1984)." This Movie Prop Replica was Cast from a Mold that was made Directly from a Real Prop that was used in the Film. A Crysknife is a fictional weapon in the Dune universe created by Frank Herbert. According to the 1965 novel Dune, it is made from the crystal tooth of Shai'Hulud, the giant sandworms that live below the sands of the desert planet Arrakis. A Crysknife is the formal and sacred weapon of the planet's native Fremen. All young Fremen must go through a ritual confirming their adulthood, which is sealed with the gift of a crysknife to the adolescent warrior. Each item comes complete with a 4x6 Card that has Poster Art from film and also explains the Knife's part in the film.

The Prop Movie Replica Dune Freman Knife Measures: 11 inches long by 1.5 inches wide by 1.5 inch thick. It is made out of Solid Resin and weighs 1 pound. The End Pommel Cap is painted Gold while the rest of the knife is made to look like a piece of Bone.

The Pommel Cap also has Real 24kt Gold Leaf applied to it. Afterwards a Thick Clear Coat is applied to it for protection.

It looks and feels just like a piece of bone from a sand worm!!!

After you place your order, ReelArtTreasures will take 1 business day to prepare it for shipment.

ReelArtTreasures puts your order in the mail.

Estimated to arrive at your doorstep Dec 6-8!

I'm very happy with this crysknife. I hope you make replicas for the upcoming Dune moves in the future. Quick shipping.

Product is just as seen and described! Very heavy! Quality work! Fair warning, If you put it on a normal belt, the weight will make the belt sag. I think a "gun belt" is best.

Beautiful replica. It is well made and packed extremely well for shipping. It’s a bit heavy and looks delicate . I was expecting lighter and flexible so I could use it on a chest of a Batman cosplay. It feels like more if just a display item. I may still try to use it though. My mistake in in usability has nothing to do with the quality and service. I would absolutely buy from this artist again. Great work and attention to detail. If I can’t use it for my chest, I will certainly display it. It’s a great piece!

My husband will be super excited when he finds this under the Christmas tree! 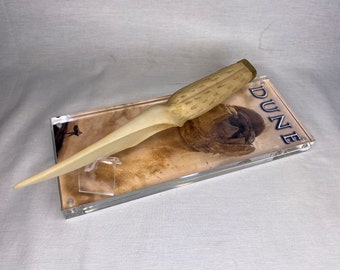 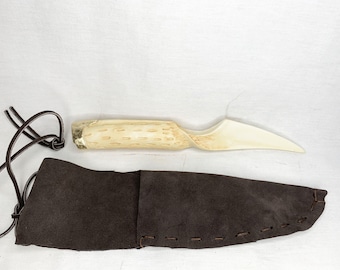 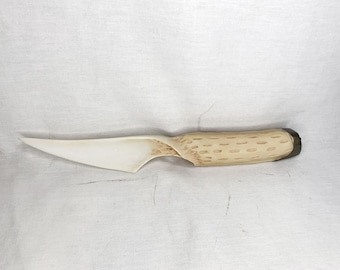 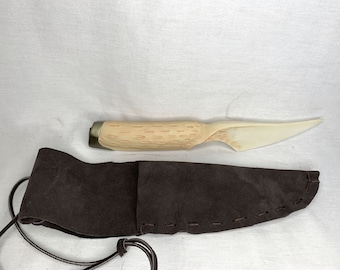 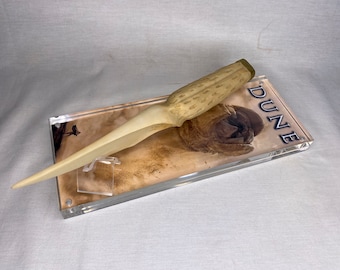 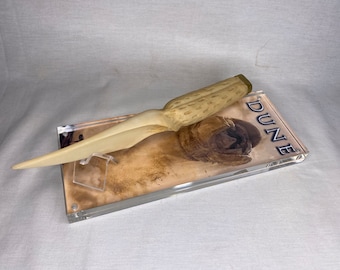