Many old school Phish heads remember Dave as that kid drawing people on Phish lot. At his very first festival, The Great Went, all of his food and belongings were washed away in a storm (newb). He borrowed paper and a sharpie from a neighbor and started drawing cartoons of people in exchange for whatever they were selling, keeping his friends from going hungry or un-buzzed through the weekend. Ever since, he’s carried a thick drawing pad and a skeleton crew of Prismacolor markers wherever he goes, acquiring food, clothing, stickers, champagne, and even admission tickets. He became rather versed in campground economy. Heads from various festival cultures still have a drawing of themselves hanging inside the RV, as do many members of the bands.

Dave was distant from the Phish scene for over a decade because he was touring with his own band, Primate Fiasco. When he decided to take a break from touring and revisited his paper and markers, the live music community jumped on his work.
_______________________________

The original is Prismacolor Marker and Micron Pen on 11x15 watercolor paper. Inquire if interested.
What you're buying here is a signed and numbered archival pigment print.
8.5x11 or 11x14 limited to 100
5x7 is signed but not numbered.

After you place your order, ScribblesOfDave will take 1-3 business days to prepare it for shipment.

ScribblesOfDave puts your order in the mail.

Estimated to arrive at your doorstep Feb 11-22!

SO QUICK on the shipping! If someone ever told me I'd own Phish art I'd have laughed.... The Clifford Ball, The Great Went, The Lemonwheel, I was there and this makes me think of those nights. (Also, Fishman just cracks me up.) I'm so glad you were able to offer more of these as I felt bad "hogging" two of the original twenty, but I am thankful for the great memories you brought back, and I'm excited to send the second one to a friend. Thanks so much!!

The print is incredible. It is exactly as pictured. Definitely recommend!

I was very excited to get this print and to my delight, it’s even cooler in person. I can’t wait to frame it and admire it on my wall. Thank you Dave! 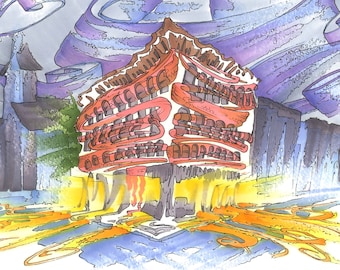 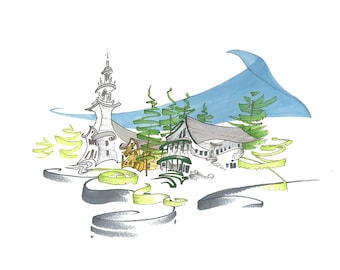 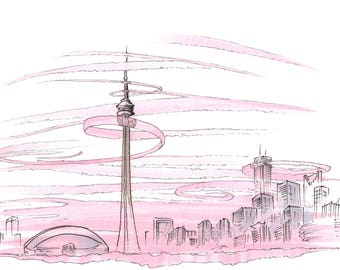 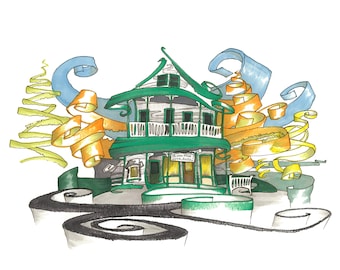 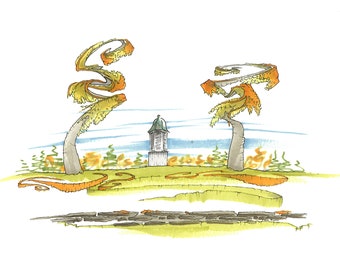 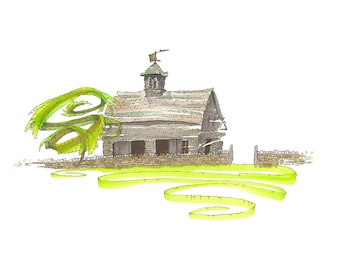 Barn at the Curtis House B&B