STORY OF THE CHINESE ZODIAC ANIMALS

The Chinese animal signs are a 12-year cycle used for dating the years. They represent a cyclical concept of time, rather than the Western linear concept of time. The Chinese Lunar Calendar is based on the cycles of the moon, and is constructed in a different fashion than the Western solar calendar. In the Chinese calendar, the beginning of the year falls somewhere between late January and early February. The Chinese have adopted the Western calendar since 1911, but the lunar calendar is still used for festive occasions such as the Chinese New Year. Many Chinese calendars will print both the solar dates and the Chinese lunar dates.

There are several legends about how the animals were chosen for the Chinese zodiac. This is one of them...

Long ago in China, the Jade Emperor decided there should be a way of measuring time. On his birthday he told the animals that there was to be a swimming race. The first twelve animals across the fast flowing river would be the winners and they would each have a year of the zodiac named after them. All the animals lined up along the river bank. The rat and the cat, who were good friends, were worried because they were poor swimmers. Being clever they asked the strong ox if he would carry them across the river.

'Of course' said the kind ox. 'Just climb on my back and I will take you across.'

The rat and the cat quickly jumped up and were very excited when the ox soon took the lead in the race. They had almost reached the other bank when the rat pushed the cat into the river leaving him to struggle in the water. Then just before the ox was about to win the race the rat leapt on his head and on to the bank to finish first.

'Well done,' said the Jade Emperor to the proud rat. 'The first year of the zodiac will be named after you.'

The poor ox had been tricked into second place and the second year of the zodiac was named after him.

Shortly after the exhausted tiger clawed his way to the river bank to claim third place. Swimming across the river had been an enormous struggle for him against the strong currents. The Emperor was so delighted with his efforts that he named the third year after him.

Next to arrive was the rabbit, who hadn't swum across at all. He hopped across on some stepping stones and then found a floating log which carried him to the shore.

'I shall be very happy to call the fourth year after you,' the surprised Jade Emperor explained.

Just then a kind dragon swooped down to take fifth place.

'Why didn’t you win the race, as you can fly as well as swim?' the Jade Emperor asked.

'I was held up because some people and animals needed water to drink. I needed to make some rain,' the dragon explained. 'Then when I was nearly here I saw a poor little rabbit on a log in the water and I blew a puff of wind so that the log would float to the river bank.'

'Well that was very kind of you and now you are here you will have the fifth year of the zodiac named after you.'

The next thing the Jade Emperor heard was the sound of the horse’s hooves. Just as he was thinking the horse would be the next animal to arrive, a sneaky snake wriggled out from around one of the horse’s hooves. The horse was so surprised that he jumped backwards giving the snake a chance to take the sixth place in the race. The poor horse had to be satisfied with seventh place.

The next animal to finish was the dog...

'Why are you so late when you are one of the best swimmers?' asked the Jade Emperor.

'The water in the river was so clean that I had to have a bath on the way,' explained the dog. His reward was to have the eleventh year named after him.

Now there was one place left in the zodiac and the Emperor wondered when the last winner would come. He had nearly given up when he heard a grunt from the pig.

'You took a long time to cross the river,' said the Emperor to the pig.

'I was hungry and stopped to eat,' explained the pig. 'After the meal I felt so tired that I fell asleep.'

'You have still done well,' said the Jade Emperor. 'The last year of the zodiac will be named after you.'

From that day to this, the Chinese Zodiac has followed this cycle of years named after these twelve animals **

After you place your order, Thailan will take 1-3 business days to prepare it for shipment.

Thailan puts your order in the mail.

Estimated to arrive at your doorstep Feb 8-16!

i love my print! thank you! great work.

Thanks! I love this print. 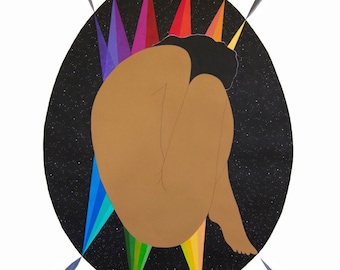 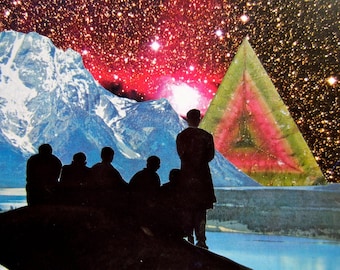 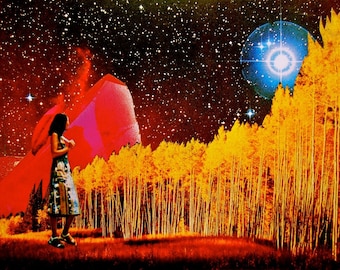 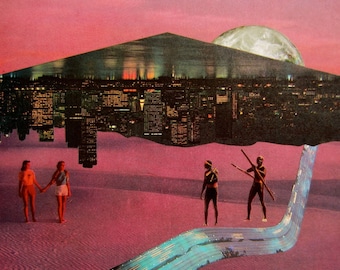 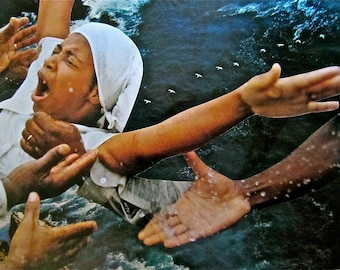 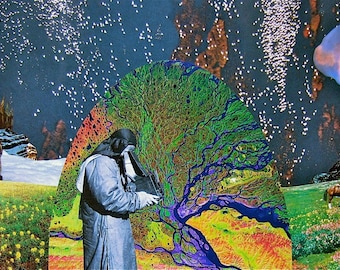 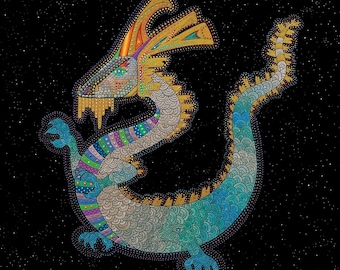 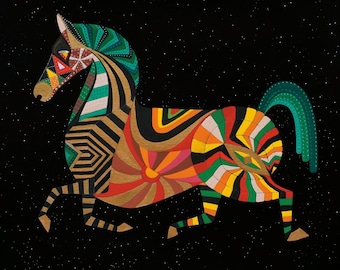 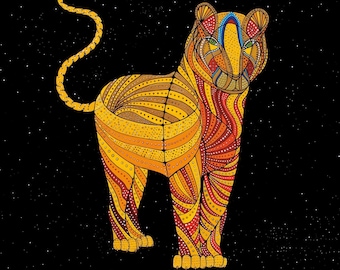 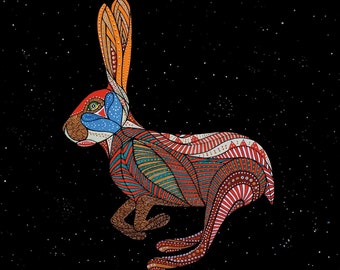 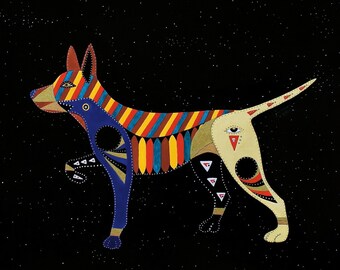 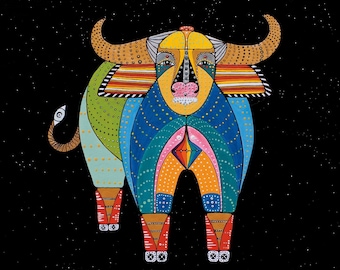 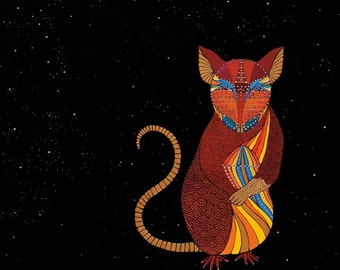 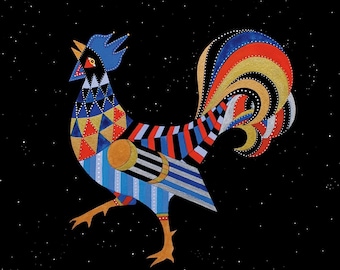