Selling fast! Only 6 left, and 4 people have it in their carts.

THE COUPON CODE FOR SPIN OFF IS NOT WORKING FOR SOME PEOPLE SO INSTEAD I CHANGED ALL THE PRICES IN THE SHOP TO 10% OFF. NOW EVERYONE GETS 10% OFF UNTIL FEBRUARY 1st. NO MORE COUPON CODE TO INPUT.

***Note that LOOP IS AWAY at Stitches West until February 26th, so shipping will be delayed.****

Introducing the YIN YANG from Loop Fiber Studio!
The YIN YANG collection was designed as pairs of inverted colorways.

The first photo shows four skeins in this colorway. This listing is for one skein. The second photo shows a swatch so you can get an idea how it knits up.

The merino is 18.5 micron - super soft and squishy!

*Note that this yarn is made in a craft mini mill in the U.S. The craft yarn milling process involves human labor in combination with very simple, smallscale carding and spinning machinery. Since it is not made in massive computerized mills, the yarn will not be perfectly consistent. You may find an occasional imperfection in your skein.

After you place your order, loop will take 3-5 business days to prepare it for shipment.

loop puts your order in the mail.

Estimated to arrive at your doorstep Jan 31-Feb 5!

This yarn is lovely and just what I was looking for. Thank you so much.

I love this yarn! It's so much fun and the concept around the color pairings is really cool too. I had a previous skein of this colorway from a pre-covid fiber festival but I needed another, and the owner had me send her a scrap of my skein and then matched it to what she had in stock so that my project could be finished. Which is just above and beyond helpful, and great customer service!

I love this yarn and the shipping was very fast 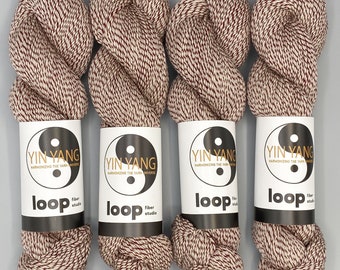 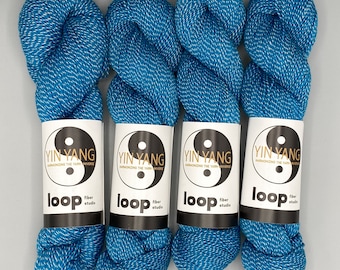 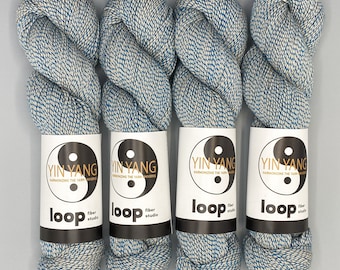 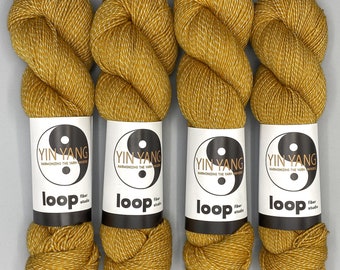 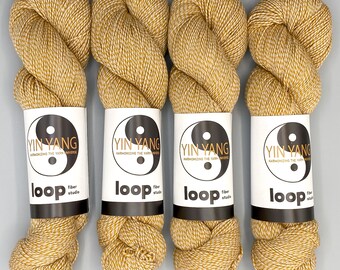 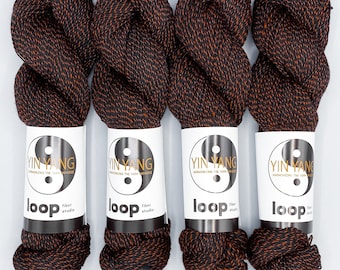