On May 25, 2020, George Floyd, an African-American man, died in Powderhorn, a neighborhood south of downtown Minneapolis, Minnesota. While Floyd was handcuffed and lying face down on a city street during an arrest, Derek Chauvin, a white Minneapolis police officer, kept his knee on the right side of Floyd's neck for 8 minutes and 46 seconds; according to the criminal complaint against Chauvin, 2 minutes and 53 seconds of that time occurred after Floyd became unresponsive. Several officers looked on but did not stop Chauvin.

Protests, both peaceful and violent, are continuing. There are current concerns over a threatened federal militarized response, including the mobilization of the National Guard in several cities.

Protests of this shooting have been linked by activists to other black men's being killed by police despite their being unarmed, including Eric Garner in Staten Island. The saying "We Can't Breathe" comes from the events surrounding Garner's death, as Garner repeatedly said "I can't breathe," pleading with officers to let go of their chokehold. George Floyd also spoke these words repeatedly as he was pressed to the ground.

After you place your order, jerise will take 3-7 business days to prepare it for shipment.

jerise puts your order in the mail.

Estimated to arrive at your doorstep Oct 29-Nov 12!

All my ketubahs are hand made artworks, and all are custom pieces. For me, this means that I create your design fresh—although if you desire it, I can also use one of my templates to replicate for you any of the already existing designs displayed in my Etsy shop. In this case, small additions or changes are also fine.

For papercut designs, I will ask you what sorts of elements you might like to see in your ketubah, and ask you also about colors and symbols/images that are personal to you (some folks like to include pets, monograms, or other symbols, as you may have seen); then I present you with a sketch that incorporates those ideas (pencil on paper). After that's approved, I cut out the design, hand paint your background and letter.

Yes! I'm happy to send you sample texts and help you search. But because I hand letter your text (that is, I do not print it out from a computer), I am also happy to work with any text you supply me with. I do not offer translation services into Hebrew or Aramaic, but I do read ketubah Hebrew, and can help you search for a text and make small changes if need be. For standard texts such as Conservative with Lieberman Clause or Orthodox texts, I have standard versions that I work from. I am happy to consult with your officiant or Rabbi, and I will send a text or text fill-ins for approval to the Rabbi before lettering.

Yes! If you live in the NYC area, or can visit, we can meet up in person, and I will show you some of my work—most likely not complete ketubahs, as those are hanging in people’s homes, but my portfolio contains template papercut designs (already cut), sample backgrounds, calligraphy samples, and more. Just holler!

A “sketch” is a black and white pencil drawing of your design. It is rough (hence the term “sketch”!), but it serves as my guideline as I cut your piece. A sketch may include any or all of the following: elements from photographs that you have supplied to me, lettering, indication of the placement of the text, and indication of the artistic treatment of symbols, trees, animal and human figures, etc. For most papercut ketubahs, you can expect to receive a sketch two to three weeks before your wedding date; at that time, you will be able to indicate changes or additions you’d like to see.

I also send regular updates and pictures as I work on your ketubah.

Yes. As we discuss your ketubah design, if appropriate to your ketubah, I will ask you to describe the background colors you have in mind, your choice of black or white (or other color) papercut overlay. If you can refer to an already existing color scheme in a complete design that you can see in my shop, that is usually very helpful, and I can attempt to recreate such color schemes. Of course, since I use natural processes to create your artwork, no two color schemes will be exactly the same; I cannot make exact replicas, but I will do my best to recreate the effect and coloring that you indicate. I am also happy to work from pantones, or other color indicators.

I try to get your ketubah to you as quickly as possible; this usually means I need about a month's lead time, but I can often work more quickly if you let me know when you need it.

You can expect to receive your completed artwork during the week before your wedding. I guarantee that you will have it in time for your wedding.

Many folks about to be married are understandably nervous about and overwhelmed by all the details, and this can lead to discomfort at needing to wait for the ketubah to arrive. If you are really uncomfortable receiving your ketubah close to your wedding date, or think that you might panic or be unpleasantly on edge about it, you should seek out another artist, as I do need to respect my own schedule.

On my website, www.jerise.com (look in the upper right hand corner for the link), you can see and fill out the form that I use to collect the information that I will need to complete the ketubah text, check the spellings and/or complete draft with the Rabbi or Officiant before lettering, and send or drop off your ketubah. Of course, I am happy to discuss design elements with you at any time, even before you have completed the form; and you can consider yourself on my roster once we have agreed to move forward together. The completion of the information on the form constitutes our official agreement to work together on this art project.

Your artwork will arrive rolled up, in a mailing tube. If your piece is a papercut design, you will receive two or more layers of paper, with protective paper around and between the layers. You will need to unroll and flatten the entire piece. Fortunately, this does not take long, usually just a few hours. You will be sent further details on handling, display, and framing later in the process.

For destinations within the New York City Metropolitan area (including NY and NJ suburbs), I offer free drop-off at your home or office, as long as it is reachable by public transportation.

For destinations outside the New York City area, I will send your ketubah to you using UPS overnight service.

“Say her name” - send her image. Keep her memory alive. Thank you Jerise for ensuring she stays in others’ conscience. 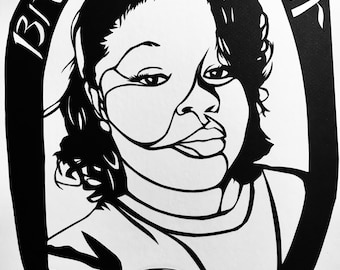 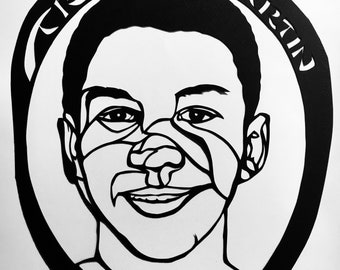 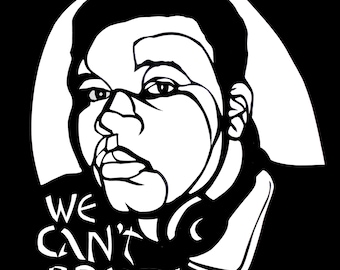 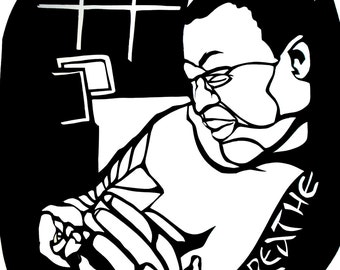 Eric Garner Commemorative Card - What Will Be Our Legacy? - WE CAN'T BREATHE series - Pay It Forward 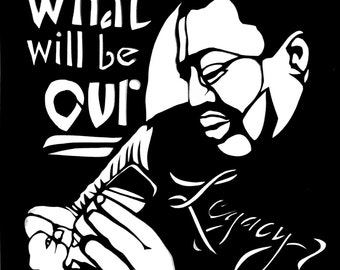 Eric Garner Commemorative Card - What Will Be Our Legacy? - WE CAN'T BREATHE series - Pay It Forward

All my work comes with a guarantee of your satisfaction--if you are not satisfied, I will either replace the item with one that suits, or refund your money.

I regularly ship non-ketubah, non-wedding certificate items by US Postal Service. Regular shipping on most items is free, both in the US and internationally. If you have a deadline for your order, please let me know and I will get it there for you!

For ketubahs and wedding certificates, my standard shipping is UPS Overnight. I charge $25 toward this; in the vast majority of cases, UPS will cost more than this, but you will not pay more than $25 (within the U.S., Canada, and Mexico; $30 overseas). If UPS shipping turns out to be less, I will refund you by PayPal for the difference. You will receive tracking information by email directly from UPS.

NY SHIPMENTS:
Please note that orders shipped to New York State addresses will be charged sales tax. Within the NYC area, I am happy to drop off for free!

INTERNATIONAL SHIPPING--via US Postal Service or UPS:
I am happy to ship anywhere in the world that the USPS or UPS will take my packages! If the shipment charge is over $25, I may ask you to contribute toward it. Customs fees/duty taxes/VAT (Value Added Tax) are paid by me. Please check that the items you would like are not prohibited for shipment to your country:

Secure options
Accepts Etsy Gift Cards and Etsy Credits
Etsy keeps your payment information secure. Etsy shops never receive your credit card information.
I accept PayPal, credit cards (through PayPal), personal checks, or money orders. On overseas orders, I would probably prefer PayPal (it makes the exchange easier), but I will work with you on whatever type of payment is easiest. Taxes are included in the price you see when you check out.

I charge sales tax to all packages shipped to NY State addresses as required by law; this will be added automatically when you check out through PayPal. If you use another payment method, please convo me so I can calculate the added amount for you. Thanks!