This original woodcut by Philadelphia-based artist James Mundie is a limited edition of 50 printed on Awagami Kitakata, a warm-toned Japanese gampi paper. Each sheet is printed by hand through pressure applied with a bamboo spoon.

This print started as a drawing in my sketchbook during my last visit to Edinburgh. For the woodcut, I enlarged and transferred the drawing to the block along with the text from the original specimen label. In keeping with the practice of the time, anatomists frequently cataloged their specimens according to gender, ethnicity, and trade. So here Burke, a native of County Tyrone, was displayed as an example of an Irish male as well as a notorious criminal.

In the 1820s, Edinburgh was the leading center for the study of human anatomy. Scottish law, however, limited the study of cadavers to criminals, suicides, and orphans. There simply were not enough corpses to fill demand, so anatomists frequently turned to grave-robbing "resurrection men" to supply the dissection tables of their anatomy theatres.

When a lodger in William Hare's house died in November 1827 owing Hare back rent, his friend William Burke suggested they sell the body to recoup the debt. They found a buyer in Dr. Robert Knox, from whom they received a generous £7 10s. Encouraged by this windfall, but finding grave robbery to be dangerous and dirty work, Burke and Hare decided instead that murder was preferable as it left a fresher corpse to earn a higher fee.

For a period of ten months, and possibly aided by their wives, Burke and Hare murdered sixteen people, all of whom they sold to Knox for his lectures. Knox approved of the freshness of the bodies and without asking further questions paid £10 for each. Burke’s and Hare’s scheme was ruined when boarding house lodgers uncovered the body of their final victim, Margaret Docherty, before it could be sold.

Hare was granted immunity from prosecution in exchange for his confession and turning king's evidence. He testified against Burke, who was found guilty of murder and hanged before an enormous crowd on 28 January 1829. Alexander Monro, known as "tertius" because he was the third member of his family with that name to serve as chair of anatomy for the University of Edinburgh, dissected Burke's corpse in his lecture four days later, during which he wrote a note with a quill dipped in Burke's blood. Burke's skeleton was prepared and later placed on display in the Anatomical Museum, and his skin tanned and used to bind at least one book.

After you place your order, MundieArt will take 3-5 business days to prepare it for shipment.

MundieArt puts your order in the mail.

Estimated to arrive at your doorstep Dec 5-13!

What an outstanding piece of artwork! As I saw him emerging from tiny shavings of wood to this magickal creature, I knew I wanted him to live at my house. The Mundies have an incredible way of making each piece of their craft come TO LIFE! Thank you for the fast send off! I absolutely love and cherish it! 💓

My husband and I love this! I made a narrow matting out of red glitter scrapbook paper and put it in a simple frame. It came out fantastic! (My image is pixely not the actual item)

Absolutely amazing! I am so pleased with this beautiful print. James' art will blow you away... precision and creativity are always off the charts! 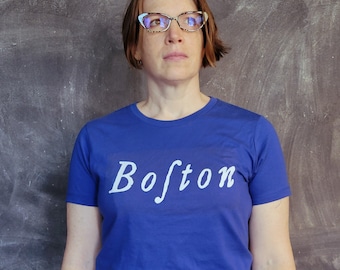 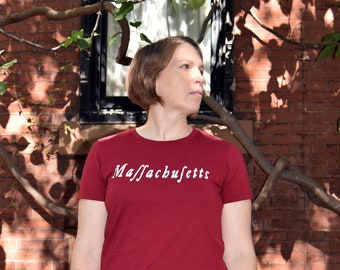 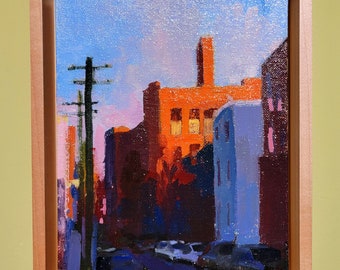 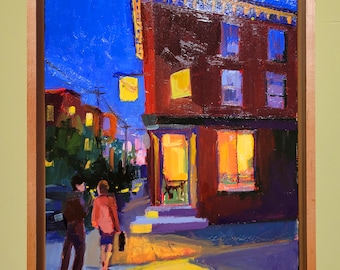 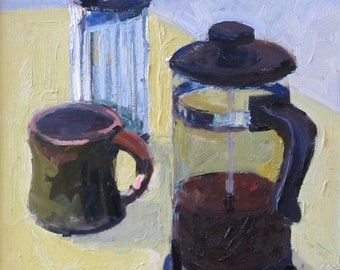 Items are packaged in cellophane bags and shipped in sturdy mailers. We are not able to provide gift wrapping services. Items are shipped first class via USPS. If you need an item shipped to an address other than the billing address you provided or shipped outside the US, please email or convo within 1 day of purchase.

MundieArt is located in Pennsylvania. Packages shipped within the US normally arrive within 4-7 working days.

Secure options
Accepts Etsy Gift Cards and Etsy Credits
Etsy keeps your payment information secure. Etsy shops never receive your credit card information.
We accept credit and debit cards, Etsy gift cards, and other international payment methods where available. Payment must be made in full and have cleared before the item is shipped. If you are having any issues with payment, please do not hesitate to contact me.

Sales tax is calculated by location.

Please notify of any cancellation within 1 day of purchase. I usually ship within 1- 3 days of a payment clearing. Once an item has been shipped, the purchase cannot be canceled.