Selling fast! Only 2 left, and over 20 people have it in their carts.

Wonder what your special person/Twin Flame/ Soulmate wants to say to you right now?

Find out now with these Charming Secret Love Messages!!

Ideal to use when you are in separation, especially for Twin Flames and Soul Connections.

You can use them to get messages from a specific person or use them in your
readings that you do for your clients.


All the cards contain clear and straightforward messages about what you need to know about your person at that time.

They can be used in a Love reading, combined with Tarot cards or Oracle cards or just on their own.


Important Disclaimer: The spell to unravel secrets on one of the cards is for entertainment purposes only and has nothing to do with black magic.

In Chinese Folklore there is a legend signifying honesty and attaining the impossible.
Many variations of this legend can be found around the world.

It is known as The Legend of the Blue Rose.

An Emperor’s daughter was to be married, her father allowed her to give one stipulation for her suitors. She said she would marry the man who could bring her the blue rose. This discouraged many seeking her hand in marriage, yet some suitors were determined to win her hand. A merchant paid a florist to give him a painted rose. When he presented the rose to the princess, the paint dripped on to her hand. “This is not a blue rose, I will not marry you,” she announced. Another man threatened a man in his village to find him a blue rose. The man from the village carved a rose, out of a sapphire. When it was presented to the princess, she replied “This is not a blue rose! I will not marry a man whose heart is as cold as this stone.” Another very cunning man asked a wizard to craft him a blue rose. The wizard gave him a box with a picture of an illusion of the blue rose inside. When presented to the princess, she reached her hand out to the rose to find that her hand simply passed through it. “I will not marry a man who is deceitful,” she replied. Later in the evening she told the gardener’s son that she wished she could marry him, they trusted one another and he was dear in her heart. “I will bring you the blue rose in the morning,” He replied. The next morning he presented the princess with a white rose. All pointed and whispered that it was a common white rose. The princess touched the white petals and replied, “This is a blue rose.” The emperor gave his blessing saying that, “If his daughter said it was a blue rose, it was a blue rose.” The princess and the gardener’s son were married. They lived happily ever after until the end of their days.


Important:
All Products (card decks, witch boxes, readings, ...) are COPYRIGHT PROTECTED and NOT FOR RESALE!

I do not sell to retailers.

Charming Oracle can not be held responsible for lost, held, or damaged packages. We are not responsible for mis-delivery errors via carrier, or incorrect shipping info. Shipping is a service you purchase from USPS along with your order, so any shipping issues must be handled by USPS.

Delivery problems are out of our control that is why no order can be refunded when this happens.

By buying any item from this Etsy shop, you agree with these terms.

Your reading will be sent to your email within the time frame that is stated on my main Etsy shop page.

Only when the listing ‘get your reading in 3 days’ is listed, this option is available.
When this listing is sold out, then this is not possible because then I am fully booked.

All readings are done with the highest intention and for the highest good. Charming Oracle can never be held responsible for anything that happens or for the actions you take from the reading. I only channel the messages that you need to hear right now and will benefit your own personal growth. Some messages are meant to trigger a person because then Spirt wants you to make a change so you can live a happy life. It is never to hurt someone personally.
I can not choose what comes through during a reading.
I’m just a messenger for the message. It is up to each individual person to take the message or not.

By purchasing anything from this Etsy shop, you agree with all these terms.

They are Never a replacement for getting professional advice or help

–To purchase any services on our website, you must be (a) at least eighteen (18) years of age (b) a natural person (no corporations, partnerships or other legal entities).

–http://www.charmingoracle.com reserves the right at any time after receipt of your order to accept or decline your order for any reason.

Limitation on Liability and Disclaimer of Warranty:

– Under no circumstances will we be liable to any client regarding the use of our Services.
Our maximum liability shall be no more than the fee paid.

–Our website is intended for entertainment purposes only. Charming Oracle 1111 makes every effort to provide you with helpful, insightful information. However, the information offered to you should not be used in place of any recommendations by medical professionals or other professional counselors.

– This website and all of its contents are protected by copyright laws and/or trademarks or other laws. No part including client’s readings may be reproduced, stored in a retrieval system, or transmitted in any form or by any means, electronic, mechanical, photocopying, recording or otherwise, without the written permission of Charming Oracle 1111.

Really great deck! Absolutely loves a lot of cards and lies comfortably in the hand. Thank you dear Sarah so happy with it 💙💖💚💜🥰👍🏼♥️🙏🏼🍀😍

Beautiful cards absolutely in love with them

I luv it! It is one of the best decks I like using every day when I read cards for my friends. Thank you again. 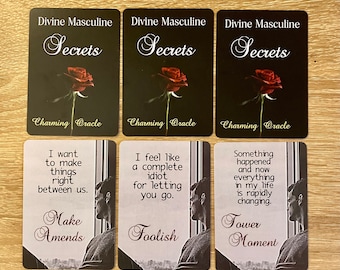 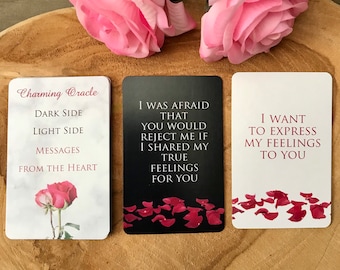 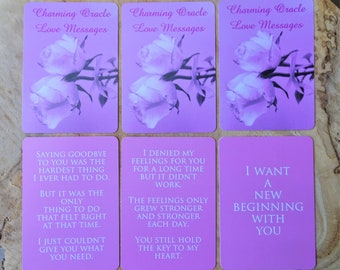 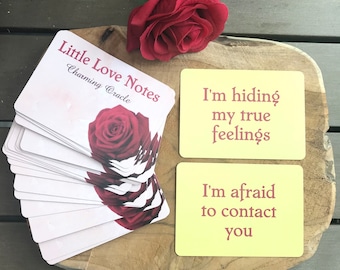 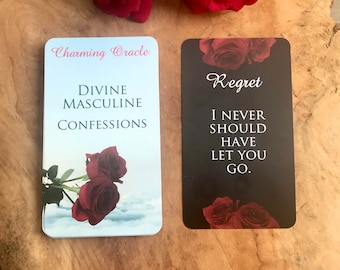 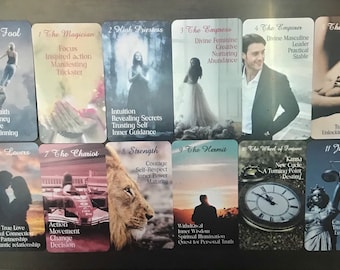 Disclaimer: Divination and spell-related items are for entertainment purposes only, and must meet Etsy's Seller Policy. Etsy assumes no responsibility for the accuracy, labeling, or content of sellers' listings and products. If you have questions, contact the seller by sending a Message. Listings or claims may not offer medical advice, and may not be intended to diagnose, treat, cure, or prevent any disease. Tarot, psychic, or other divination readings must include a tangible good, such as photos of the tarot spread, audio/video of a reading, or text of the reading. Orders that do not provide expected results cannot be mediated through Etsy's case system, should concerns arise.