In this Meta-Comics issue, contributors write and draw about what goes into making their comics, why they read comics, creating comics as a form of therapy, trying to adapt favorite novels into comics, favorite creators and long lost characters and imprints, memories of first comic books and dusty comic book stores, some favorite writers and artists, comics used as comfort during childhood (and adulthood), and finally reading those “racy” comics that they peeped at as a teen but never actually purchased. There are a few first-time Syndicate Product contributors in this issue: Alisa Harris, William Brian MacLean, and Dan Shoemaker. You’ll recognize many regulars as well: JB Winter, Delaine Derry Green, Andrew Wales, Andrew Coltrin, Mike Faloon, Davida Gypsy Breier, Jen McCleary, Ken Bausert, Sean Stewart, Eric Lyden, Steve Bojanowksi, and Juleigh Howard-Hobson.

After you place your order, syndprod will take 1-2 business days to prepare it for shipment.

syndprod puts your order in the mail.

Estimated to arrive at your doorstep Jan 29-Feb 4!

Lots of excellent stories here. My favorite comics are Sandman (Gaiman) and anything by Missy Kulic

Love your zine! Thank you for the extra issue you included, too!

Love your zine! Thank you for the extra issue you included, too! 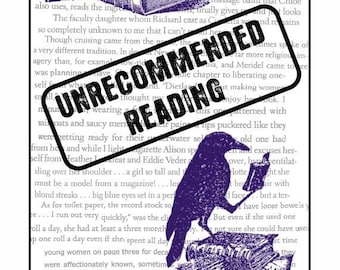 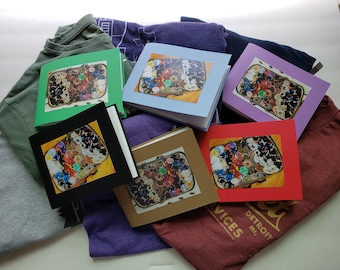 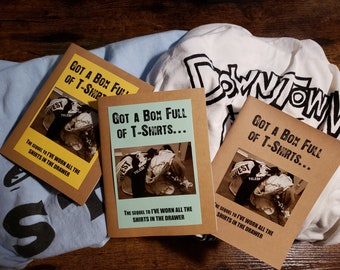 Got a Box Full of T-shirts...: The Sequel to I've Worn All the Shirts in the Drawer