Absolutely Fabulous Shaving Soap Kit with Brush for the Best Shave EVER!

I created this soap for my husband over 20 years ago. Now he's my 'was-band' but he's still addicted to my soap! His coarse beard used to chew up the neck of his tee-shirts and grew in every direction, causing razor bumps and ingrown hairs. He won't shave with anything else now! And our son-in-law and countless others have jumped on this bandwagon, too. The feedback I've received informed me that because the guys are getting such a close shave, they actually have to shave less often. It's my best seller.

I had the brushes custom made for me using recyclable, SYNTHETIC badger hair. They're beautiful, functional and cruelty free. These brushes are durable and long lasting, recyclable, and because it isn't made of mammal fur, it doesn't have a cuticle to lift and harbor molds, bacteria, fungus or anything else. It's an affordable option that cost no animals their lives. They're not as hard as pork bristle and slightly more firm than badger hair. Everyone whose used them has expressed complete satisfaction. Read the reviews and let them tell you all about it!

The soap is super long lasting and comes in a shower safe, recyclable black amber jar that you can take with you when you travel. The generous four ounces of soap will last at least 6 months, no matter how often you shave. It comes in an 8 ounce jar so you can build plenty of lather right in the container. The goats milk formula is nourishing and non-drying. The red palm oil conditions with tocotrienols (the precursors to vitamin A, which are GREAT for your skin). Lactic acid maintains the skin's natural acid mantle, preventing razor bumps, slippery elm bark and corn silk powders create a fantastic lather that peaks like egg whites and creates an amazing, cushioning foam like lather, and to round out the formula, bentonite clay. Adding clay may seem counter-intuitive but actually creates a micro-buffer so you get to shave really closely but minimize the possibility of nicks.

Lastly, my take on a great fresh clean scent based on House of Creed's Green Irish Tweed, a watery, green, mossy scent blended with Persian limewood and mellowed with the subtle oak and vanilla notes of a chardonnay cask. Very masculine, fresh, clean and sexy without being over powering. We may not be married anymore but after he shaves, I still want to kiss him!

I hope you'll try it and see for yourself. Thanks for looking!

After you place your order, SusanLaycock will take 3-5 business days to prepare it for shipment.

SusanLaycock puts your order in the mail.

Estimated to arrive at your doorstep Feb 4-10!

Ships from Cottage Grove, OR

Really WONDERFUL customer service. The seller emailed back and forth with me to ensure I had the item when I needed and overall was a pleasure speaking with her. Bought this as an anniversary gift and here is my bfs review: "The brush feels awesome, I love the fluff. The lather feels a lot lighter than the shave butter I'm used to, which is a huge positive because that means it's not clogging my razor. The shave was SUPER SMOOTH I was actually shocked because it's the most smooth shave I've ever had and I think this is the closest shave I've had yet. Lastly the scent, my god if you were here you'd lose it. It smells SO good. Which leads to my question... Does she have an aftershave in this scent too? I kind of need it." So from the two sides of the coin, both seller and the product- this exceeded all expectations!

The brush is soft on the ends with a slightly firm body, it appears to be just the right combination for getting those pores opened without skin irritation. The soap has a very unique scent that is fantastic and something I wish I could have found years ago! It’s something you can’t describe! I haven’t shaved with it yet but I’m looking forward to it once I hone my razor. I followed the sellers advice and chose her recommended favorite, and I can say she didn’t disappoint. Will update once my blade is ready.

Absolutely Fabulous Shaving Soap Kit with Brush for the Best Shave EVER!

I bought this as a gift, so I don't know how well it works, but I can say that it was shipped quickly and it is beautifully packaged. Seems of very high quail. I can't wait to see how my boyfriend likes it!

Oh WOW. G. My legs? Have NEVER looked this good. *Glees wholeheartedly* Not only were my legs _fabulous_, but I was all nice and relaxed from the scent (I chose custom order of lilac scent) by the time I was done! It was a total first G. Actually looking FORWARD to the next time I have to shave... 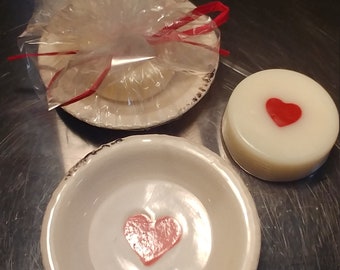 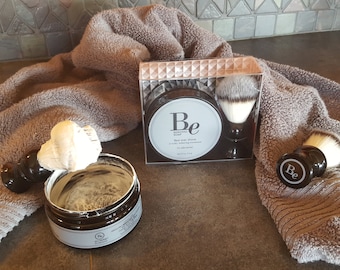 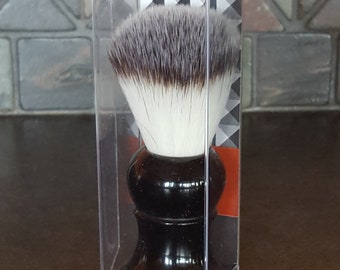 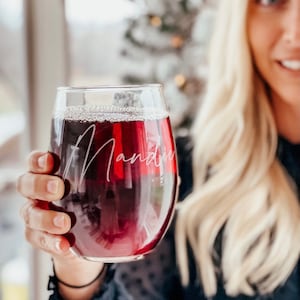 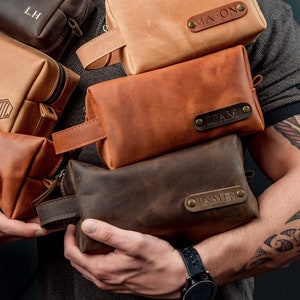 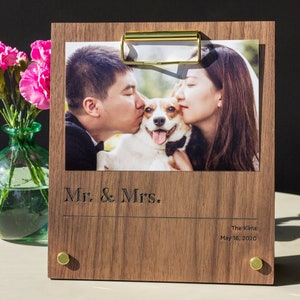 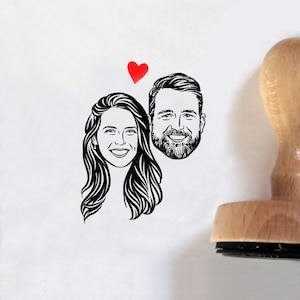