Other people want this. 11 people have this in their carts right now. 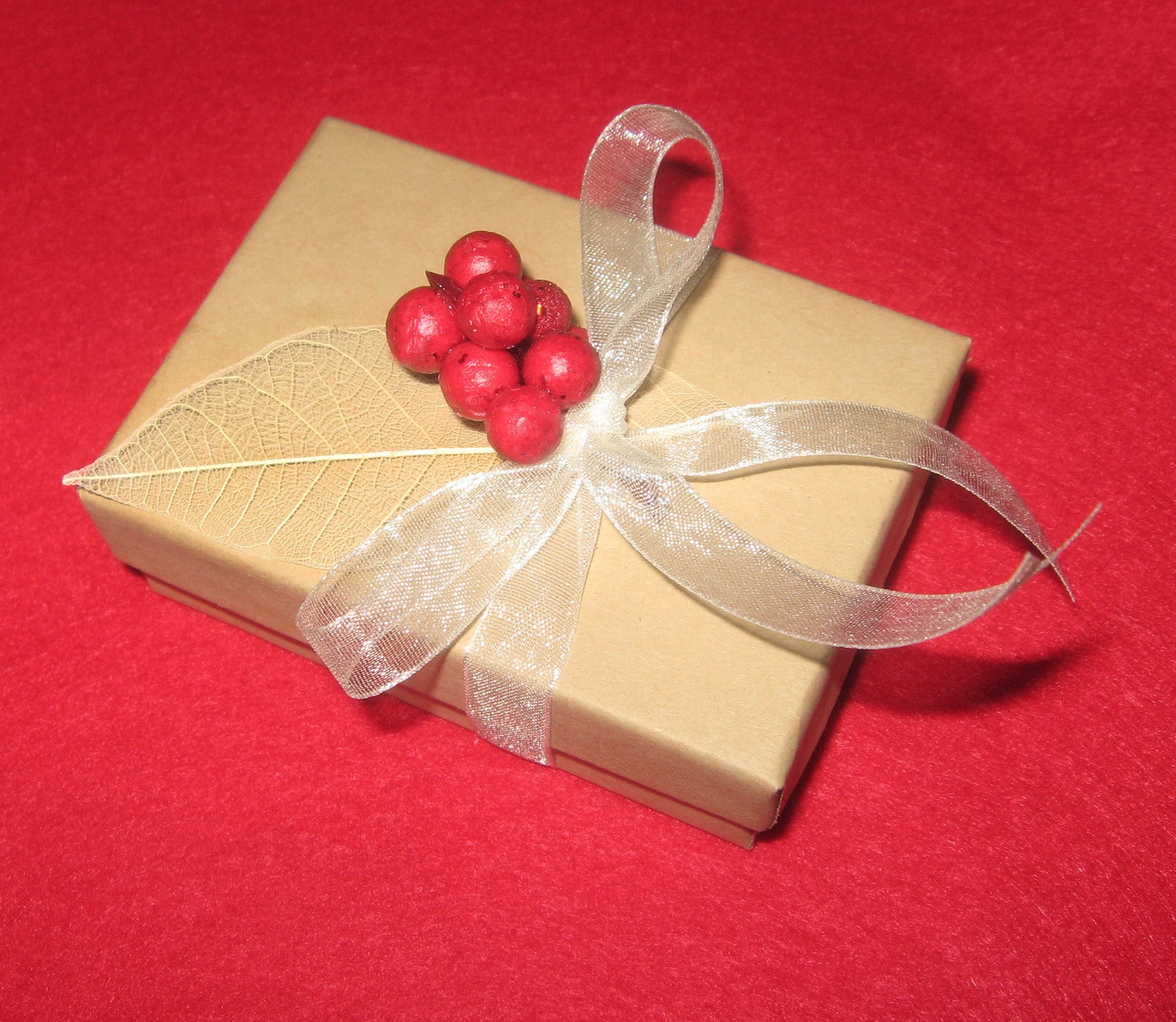 Gift wrapped in a box with ribbon and berry detail.

Ships for Free to the US!!

This pendant bears the image of St. Gerard, the patron saint of expectant mothers and babies. He is known for his help in obtaining the blessings of motherhood. His intercession is also sought for difficulties in parenthood. Wear his image and read his prayer daily for help with infertility.

During his short life he helped many and performed many miracles. It seems that God had given him, in particular, the special power to help mothers in need. In life and since his death, he has helped so many women who have prayed to him during labor that he earned the nickname the "Saint of Happy Deliveries." Many mothers from all over the world have even named their child Gerard after him in gratitude, and have adopted him as their patron in the joys and fears of childbirth. Your purchase will include a St. Gerard prayer card.

Comes with your choice of 2 gemstones!

Hangs from a 18" silver plated ball chain with lobster clasp and extender links, close to your heart. One side of the pendant is St. Gerard, the other is Our Lady of Perpetual Help. If you would prefer a chain link necklace, please just add this preference in the "Notes to seller" section-it will be substituted at no charge!

Item comes beautifully gift wrapped in an organza bag. (and sprinkled with baby dust!) Your gemstones will be cleansed and charged for extra fertility luck before being packaged!

ADD ON an extra gemstone and charm to the pendant for more fertility luck! (no additional shipping charge for add ons!)
http://www.etsy.com/shop/TheFertileGarden?section_id=10029102

"I bought this as a gift and now my cousin is pregnant! She is constantly getting compliments on it and I will definitely buy from Fertile Garden again!"

"We're almost 16 weeks along with a healthy baby! Thanks again for everything!"

"Thank you for this. It reminds me every day to be thankful. I am finally pregnant after a very long road. I appreciate the inspiration from this."

"Just thought I would update you that just about a year after this purchase I gave birth to a beautiful baby girl! :)"

"I had to email you to let you know that 1 month after I gave a necklace to each of my 2 girls friends -- they became pregnant. They are both due in Feb 2013. They had been trying for over a year+ to get pregnant and even each had suffered a miscarriage. Its too much of a coincidence that your necklaces were given to them and they both became immediately pregnant. Thanks for your wonderful necklaces!"

*Having my bracelet, St Gerard pendant, and fertility energy notecards gave me hope and peace that a healthy pregnancy was something that would happen for us. They gave me something positive to focus my attention on, rather than being stuck in a black hole of grief and fear. And I know they helped contribute to me feeling healthier and more optimistic, which is always good for Baby!!"

"I bought one of these a year ago, and I'm sitting here with my newborn twin boys! I am now buying one for my good friend who is going through fertility treatments. Thank you for your help!"

"Just wanted to let you know the bracelet/necklace worked....after 9 years of marriage and no pregnancies, I am now 13 wks pregnant and couldn't be more excited. Thanks for any part you played in this - so appreciative!!"

After you place your order, TheFertileGarden will take 1-3 business days to prepare it for shipment.

TheFertileGarden puts your order in the mail.

Estimated to arrive at your doorstep Dec 3-13!

Absolutely love it! I changed the chain to a silver one that is a little longer, but I love how pretty it is. Something to hold onto while I pray for a baby

Love it ❤️ It’s beautiful and I love that it also came with the St. Gerard prayer.

the necklace is absolutely beautiful I hope it will bring me luck when I not only try to concive my first child but be with me through my motherhood journey. I read up on him and he is a holy man which brings me comfort in knowing he was a believer

Got it for my sister. She love it! Thank you so much The Fertility Garden! 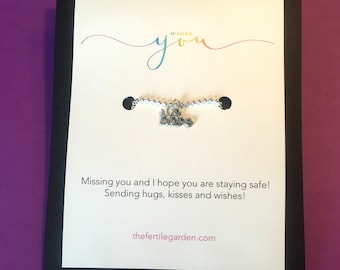 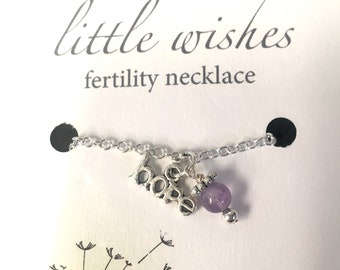 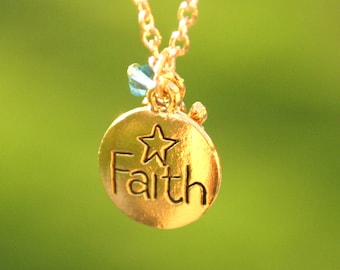 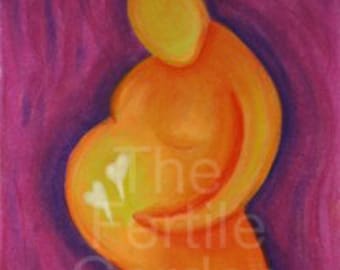 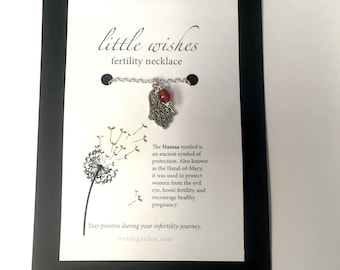 INTERNATIONAL BUYERS: Please be aware that you will be responsible for any taxes, customs fees, or other amounts levied by your home country. Please check with your Customs office and/or Postal Service if you are concerned about possible tariffs. THIS IS ESPECIALLY IMPORTANT FOR UK BUYERS! The Royal Mail is reportedly being much more vigilant in collecting VAT on purchases made through the mail. You should be prepared for the possibility of paying VAT plus a Royal Mail fee upon receipt. This fee is the responsibility of the customer, not The Fertile Garden. Please be aware that items can be held up in customs as well, The Fertile Garden has no control over this.

All orders ship via usps First Class mail, and all US orders include a delivery confirmation, you will be emailed the delivery confirmation number directly from Etsy from when shipped. Please be advised that if your package is going to Great Britain, UK, Ireland, etc., that there may be a duty charge on your package. This is the responsibility of the purchaser!

I will accept returns for credit with prior approval within 30 days of purchase.
Insurance is not included in shipping rates. It is the only way you will be covered in cases of postal loss/damage. If you'd like to purchase insurance please contact me for a quote before placing an order. Items must be returned to The Fertile Garden, and include all packaging to receive refund.
Each item is custom made for you, this means every order takes roughly 1-7 days to design, wrap and ship to you. You will receive a delivery tracking number when your package is shipped (within the USA).

Sometimes USPS shows the initial scan and the date of delivery... so be aware that tracking during transit may not available.

If you live outside the US and you refuse your package, or if you enter an incorrect address, or an incomplete address, your shipping costs will not be refunded.
If you are not happy with the item you ordered, you can return your unworn item, including all packaging materials. Once it is received, you will receive a full product refund. Shipping costs will not be refunded.

Secure options
Accepts Etsy Gift Cards and Etsy Credits
Etsy keeps your payment information secure. Etsy shops never receive your credit card information.
You may pay with a PayPal account or charge with a credit card (Visa, MasterCard, Discover and American Express accepted). Once a purchase is made through Etsy, payment is required within 3 days. If you have any questions regarding payment of merchandise or have any issues with PayPal, please contact me and I will be happy to work with you!

All prices listed are in US dollars.
Wholesale orders are available-please contact me at thefertilegarden@hotmail.com

The Fertile Garden jewelry is meant to increase positive thinking and help physical issues. The items are not meant to take the place of a doctors care.

All metal findings are sterling plated, unless otherwise stated as sterling silver. 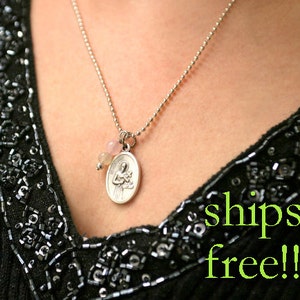 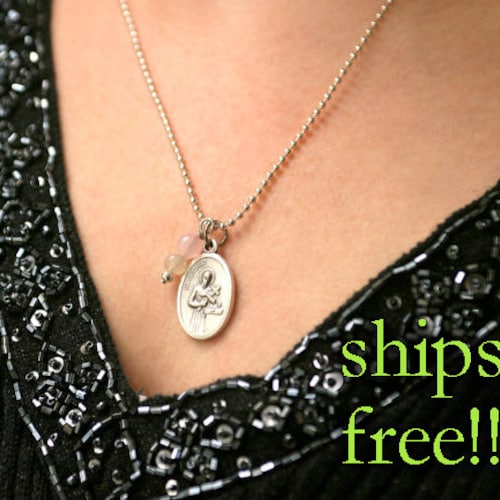 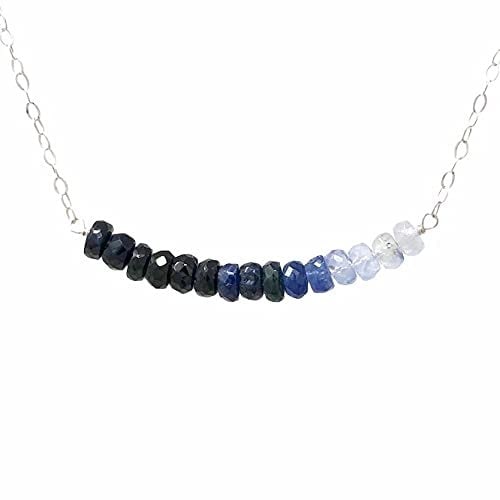 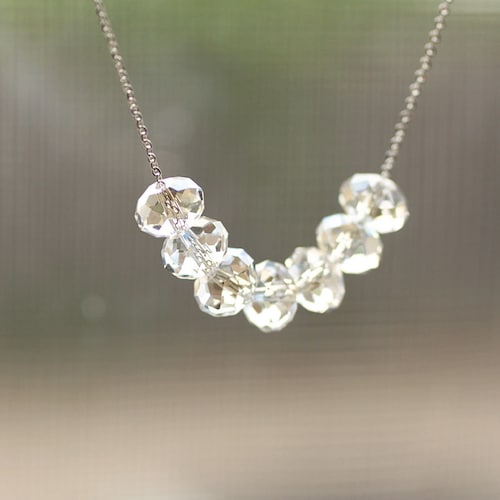 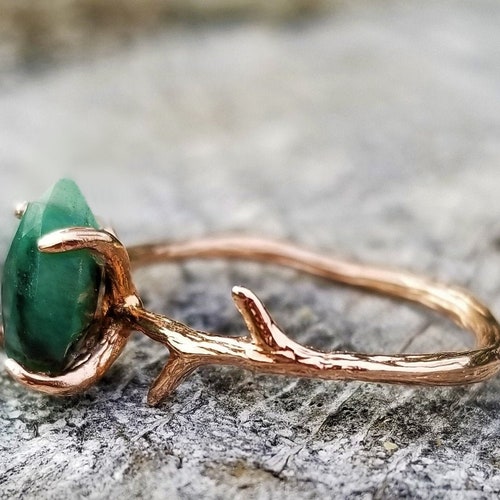 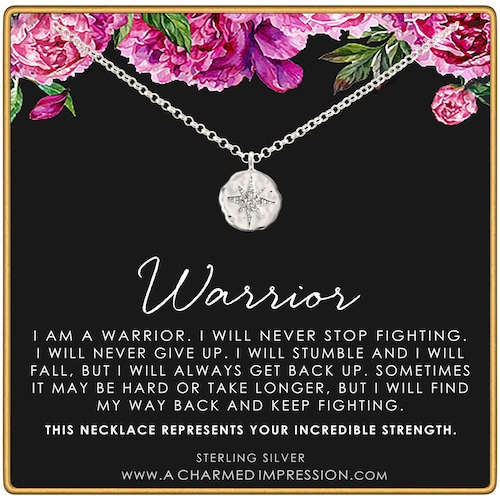 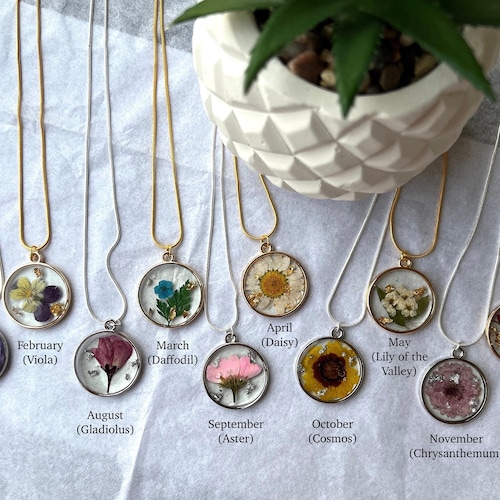 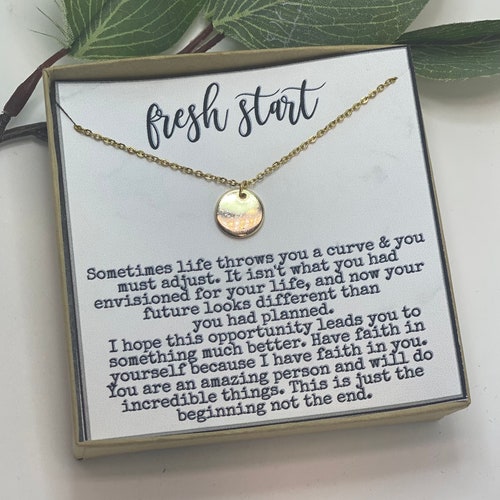 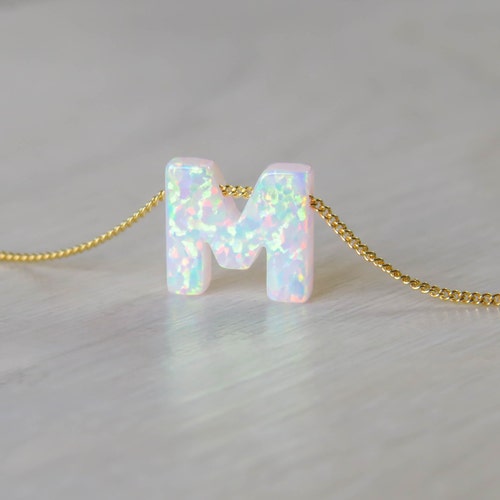 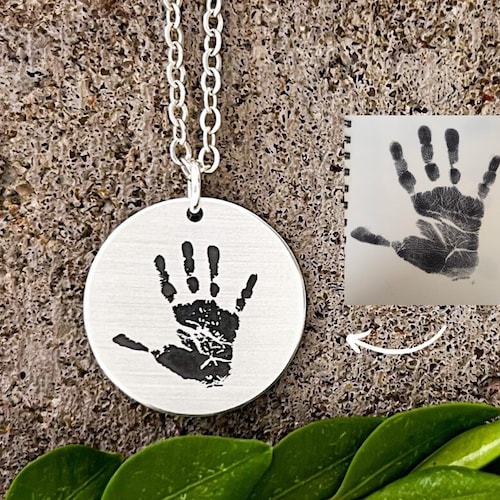 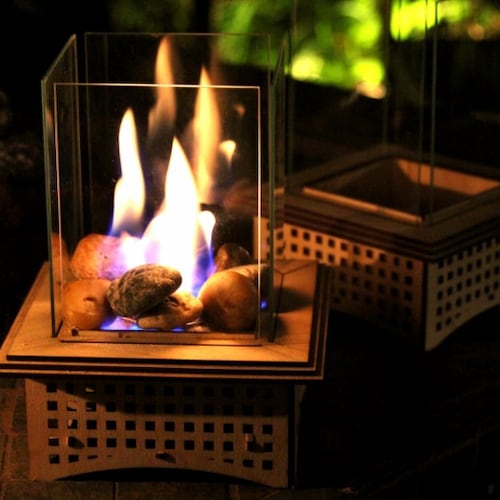 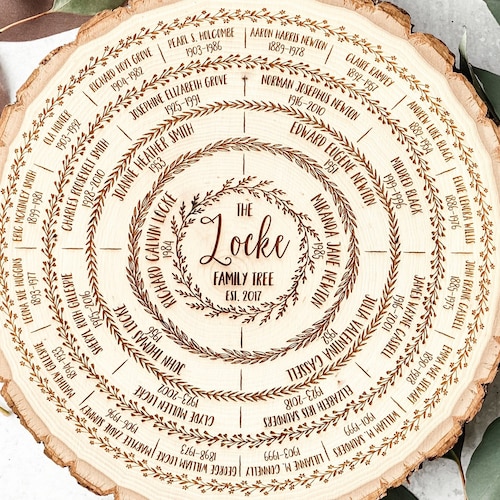 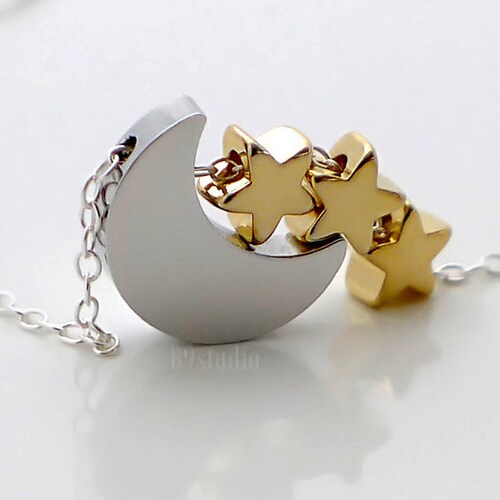 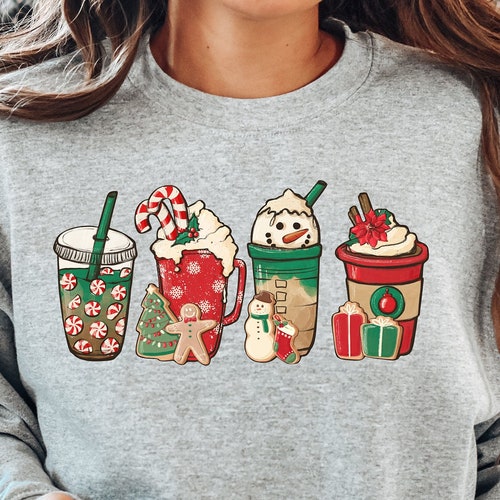 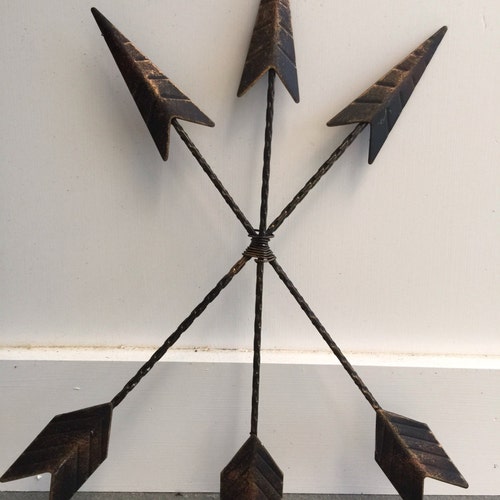