Loading
Translated by Microsoft
See in original language
Translate to English
Sorry, we could not translate this listing to English.


Based on a set of 52 illustrated cards, the principle is to draw a card in the manner of an oracle game, to have an indication of what is currently being played, with an invitation to explore or set up in his life.

The objective is to:

The draw can be done punctually when the need arises, or repeatedly to create a process of evolution over several days or weeks. There is thus a responsibility of the shooter in the choice of his card or cards, which contributes to the meaning carried by this tool.
Another possibility is to draw several cards at once, asking a clear question for each.

This card drawing game was developed for my own accompaniments, but also to be useful to other coaches, therapists and practitioners who have the use, as well as to individuals practicing self-development.
Many people who take it use it by drawing a card in the morning so that it gives the impetus of the day.
It can also be used as a family or in a group, promoting exchanges around the card drawn by each.

Because prosperity is not necessarily financial (although it is essential for entrepreneurs). The Larousse dictionary specifies that it is a "state of what is prosperous, marked by expansion and abundance. Condition of someone who is in a favourable economic or health situation. »
It's about success, wealth, growth and affluence. Prosperity speaks of a favorable situation, a state of abundance, well-being, bliss, happiness, fortune, success. And it concerns the situation of a country, a community or a company, or a person.

After you place your order, LalexLittleShop will take 1-3 business days to prepare it for shipment.

LalexLittleShop puts your order in the mail.

Estimated to arrive at your doorstep Dec 12-29!

Hello, very nice oracle that allows to have judicious advice, even if it does not really speak to us, in the end, after reflection on the "advice" or the "guidance" of the card, it is rather good.
Thanks to the designer for this beautiful creation.

Fast and neat shipping.
This oracle is very telling. It offers adapted guidance.

Very practical especially when you are a beginner, the messages and advice are clear. Very happy with my purchase 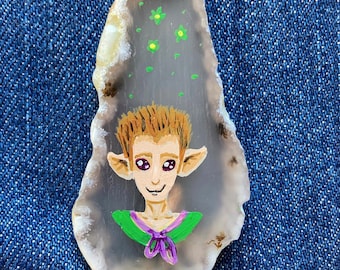 Fairy painted on a lucky agate slice with the theme Playfulness 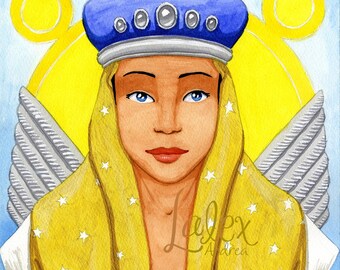 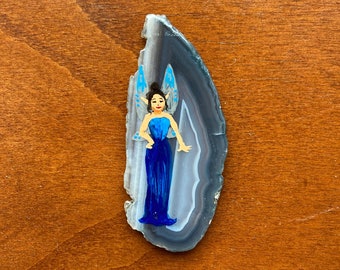 Fairy painted on a lucky agate slice with the theme Elegance 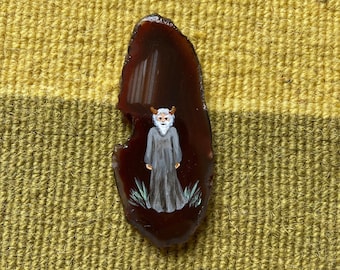 Fairy painted on a lucky agate slice with the theme Wisdom 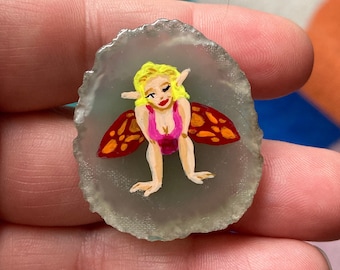 Fairy painted on a lucky agate slice with the theme Seduction 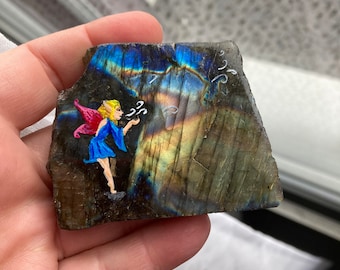 Fairy painted on Labradorite lucky charm with the theme Regeneration