After you place your order, CloudUnderground will take 3-4 weeks to prepare it for shipment.

CloudUnderground puts your order in the mail.

Estimated to arrive at your doorstep Nov 10-19!

If you’re a fan of the small but mighty Raspberry Pi, it’s time to take your tinkering to the next level with a Raspberry Pi 4B home lab! We’ll assemble the hardware and ship it to you, so you can spend more time coding and customizing.

All buyers will also be invited to our private Discord server where we offer product support and advice and you can network with other tech tinkerers.

This thermal-optimized case includes a detachable lid that allows for easy access to the computer board, as well as a removable fan tray so that you can easily swap out SD cards. Front lid features the Cloud Underground logo; back lid features the Raspberry Pi logo.

Cases and lids are designed and 3D-printed in Colorado out of PLA plastic, which is made from renewable plant resources and is fully compostable.

Custom engraving can be added to the case base for an additional fee. Check out the “Custom Engraving Add-on” item in our shop for details.

At the Cloud Underground, we’re passionate about putting power in the hands of the people! We love customization, and we want to empower you to customize your Raspberry Pi to whatever task you see fit.

That’s why we’re offering this Raspberry Pi pre-built computer bundle. We provide everything you need to set up your own home development lab – including detailed instructions on how to image your own operating system and create your own development environment.

We’ll send you the Olympiad Whitepaper: Inner-Athena QuickStart Guide which introduces you to the open-source Olympiad architecture. Soon, you’ll be using the Raspberry Pi as the perfect home lab for learning and building cybersecurity and ethical hacking skills.

Once you build your Olympiad environment, you can use your Raspberry Pi to create whatever you want! The sky’s the limit.

The Olympiad is a purple team security information and event management (SIEM) platform that can be deployed for either offensive or defensive applications and, thus, has myriad applications for both home and professional use.

Cloud Underground is a start-up that focuses on open-source cloud-native development software (The Olympiad) and bare-metal cloud infrastructure – including these Raspberry Pi computers and clusters that we sell in our Etsy shop. We’re obsessive about creating new technology, and our work empowers other developers to become inventors as well. 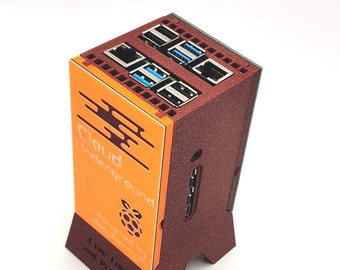 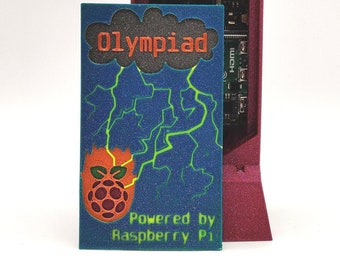 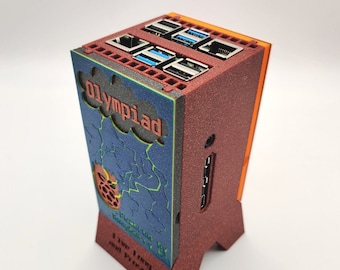