Fictional Map of a Theoretical (yet Improbable) Subway Map of the Dutch City of Leeuwarden (A2 paper size; frame not included)

Welcome to the City of Leeuwarden, home to the country’s most overly extensive metro transit network. A decent smooth-flowing ring road might be a bridge too far, but at least you don’t have to stagger home from the Goal Alley on foot anymore.

For the convenience of the international visitor, this map has been translated into English with the highest degree of literal accuracy, ensuring that no confusion will arise whatsoever when finding your way around Frisia’s only true metropolis. Now you too can explore this beautiful city without being put on the wrong leg or feeling like you have been sent from the cupboard to the wall.

Take a smooth ride from the northwestern district of West End all the way to the twin villages of Hemp & Tears in the southeast, or skip the busy city centre during the weekends by hopping on at Blockhouse Gate and getting off at Buttercorner. Circle the entire Southlands while pondering the natural beauty going over your head, or leave for an adventurous detour all the way to the historical streets of Snackborough and Leechum.

The unique Leeuwarden Metro Transit Network is available both to the weary commuter seeking an easy and accessible method to get from Abandon Bridge to Bleach Lane, and to those audacious pioneers looking for the road less travelled. Pay no heed to the pretentious voices in the West saying ‘why would you even want to go there’, ‘I still can’t understand any of those weird foreign names’ or ‘this metro map thing isn’t real, they’re just being salty about not being part of the Lely Line’. The Leeuwarden Metro is truly something you have to see in order to believe.

VictorVan made this item with help from

What a great fun poster! Shipped quickly, super happy with it. 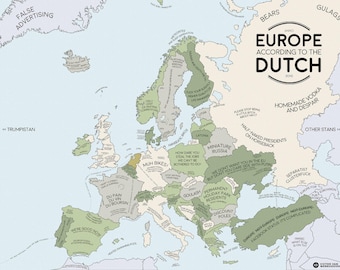 Europe Accor Ding to the Dutch: a continent in stereotypes 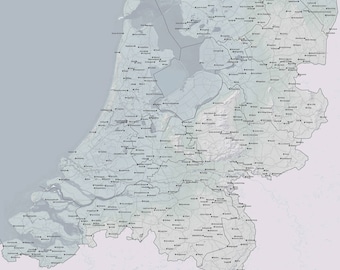 Dutch Atlas of Rare Places: from America to Zwanegat 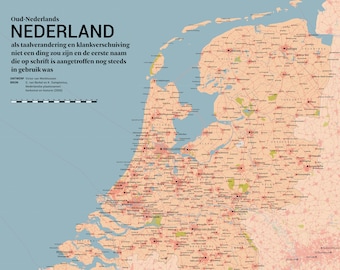 Old Dutch Netherlands: if place names would never change and we still used the first spelling 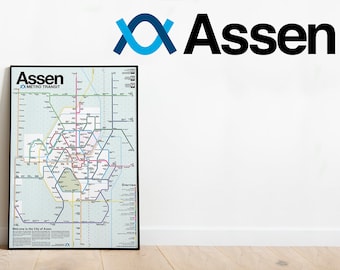 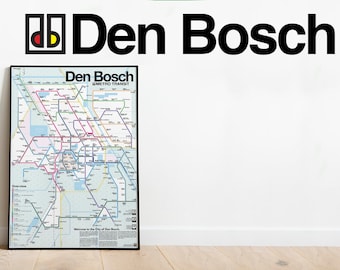 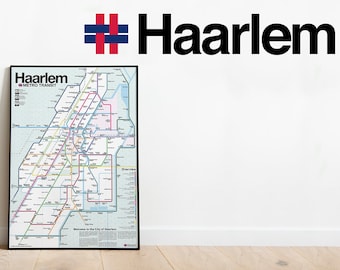