Announcement    Vintage, retro and antique - items with character from the 20' s - 70's that have been saved from an attic by the Rosehip Sisters, and are now looking forward to be cherished again!

Vintage, retro and antique - items with character from the 20' s - 70's that have been saved from an attic by the Rosehip Sisters, and are now looking forward to be cherished again! 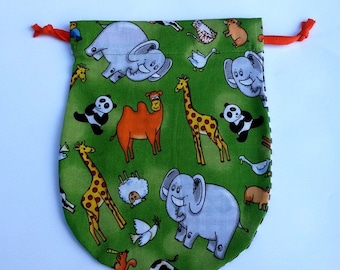 The story of the Rosehip Sisters

When the Rosehip Sisters were children, back in the careless 70's, they used to play all summer in the little garden behind their parents house. One day they made a thrilling discovery: It turned out that the giant rosehip bush in the corner was hollow! Where there were only leaves and thorns on the outside, they found several rooms inside, formed by the enormous branches. Soon they brought all there toys and treasures to their "secret cave" as they started to called the bush now. They played there all day and every day: The played mother and father, they played shop and they cooked witch-soup from stones, weeds and sand.

The Rosehip Sisters have long grown up now. They are real mothers now (to each two girls) , they know how to cook edible soup now (even so their husbands beg to differ, sometimes) and this is their first real shop, where they sell... nostalgia.

This nostalgia they find on forgotten attics and in dusty cellars in items that still breathe the atmosphere of times gone by. Things that can tell a story. A story about the roaring 20's, the elegant 40's and the hippie flair of the 70's. Objects with charme and character, ready to be used and cherished once again in a vintage or retro interior.

Do you see that one article in this shop that transports you back through time and space like the feeling the Rosehip Sisters get whenever they think back at their magic cave?

Just place the order, and they will be happy to send it to you!

Something not in order, not according to your wishes or damaged? Please feel free to contact us. We will do everything in our power to resolve the matter.
Iets niet in orde, niet volgens wens of beschadigd? Neemt u gerust contact met ons op. Wij zullen alles in het werk stellen om de kwestie op te lossen.

You can pay by PayPal or by bank transfer.
Orders that have already been shipped can no longer be cancelled.
As long as the order has not been paid in full, it remains the property of the Rosehip Sisters.
Betalen kan met Paypal of per bankoverschrijving.
Bestellingen die al verstuurd zijn kunnen niet meer worden gecancelled.
Zolang de bestelling niet volledig is betaald, blijft het eigendom van de Rosehip Sisters.

Can I return my purchase if I don't like it/ I made a mistake/ etc.?

Yes you can. Within 14 days you can return the purchase without giving any reason.
Veelgestelde vragen: