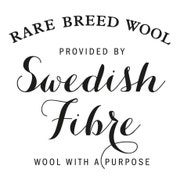 SwedishFibre is a Star Seller!

Announcement    Welcome to Swedish Fibre - a new fiber world of rare breed sheep for you to discover!

Please note that we normally only ship once a week.

Welcome to Swedish Fibre - a new fiber world of rare breed sheep for you to discover!

Please note that we normally only ship once a week. 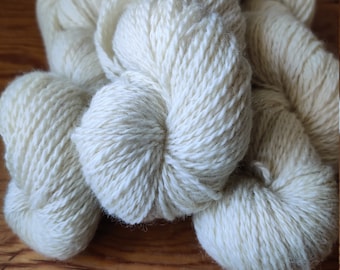 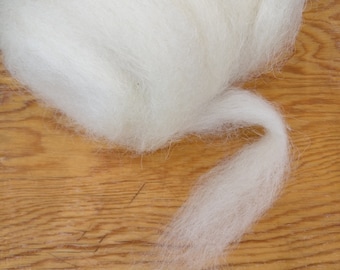 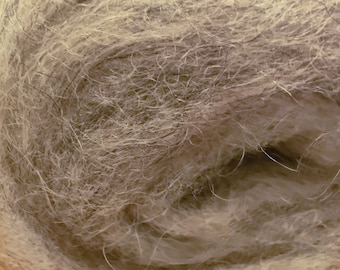 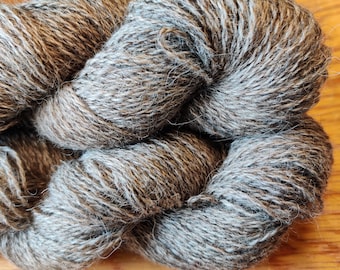 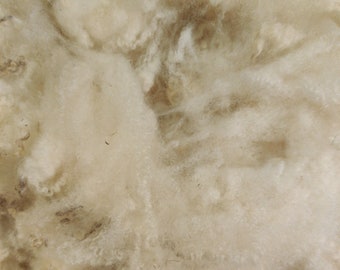 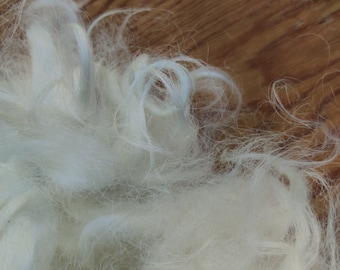 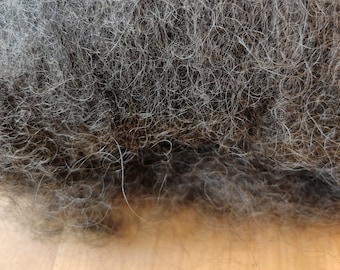 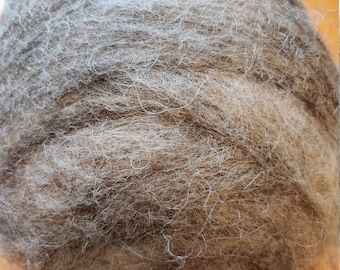 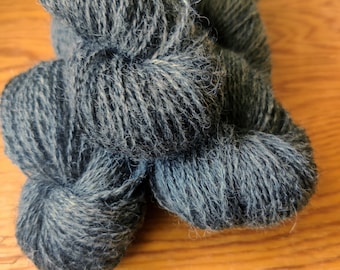 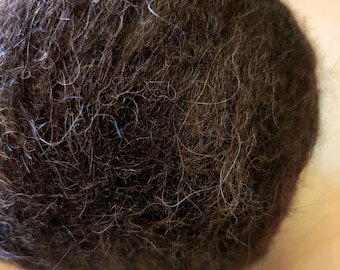 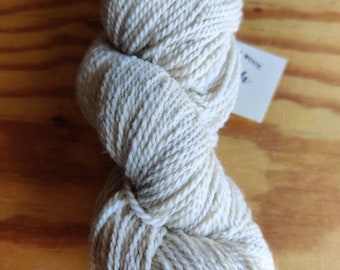 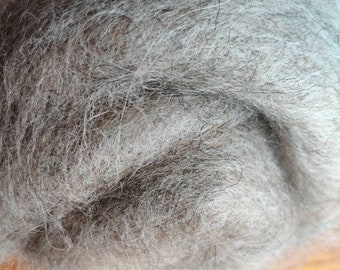 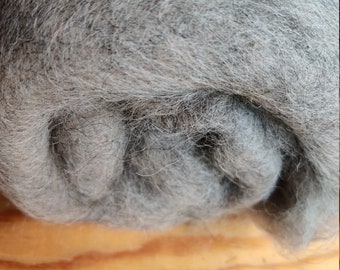 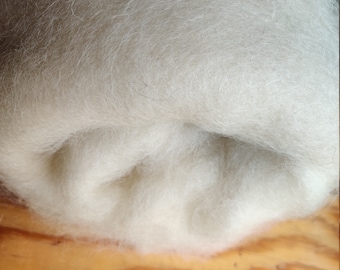 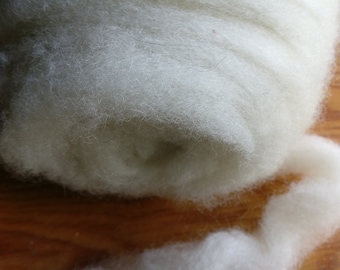 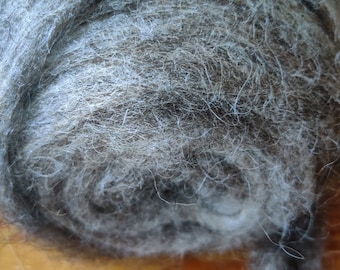 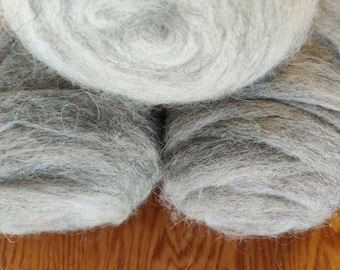 Wool with a Purpose

It could be said that Sweden is the country of rare breed sheep. It’s a fact that thirteen out of fourteen genuine Swedish breeds are considered endangered and held in conservation programs. It’s also an undeniable fact that a few of these breeds are on the brink of extinction and labeled as “critical” or “at risk” by The Swedish Board of Agriculture and FAO*.

With the start of industrialization in the early 1900’s, demands on sheep and their wool changed. The multi-purpose animals that cleared the land and provided meat and wool for both clothes and rugs were set aside in favor of the larger modern breeds. Mills sought soft, uniform wool and the meat industry wanted larger bodies for meat production. Even if today some Swedish breeds have gotten closer to meeting those demands, none of them did it then, so they decreased in number. Industrialization could have been the end of line for many of these breeds if it wasn’t for a number of headstrong farmers that refused to abandon the sheep breeds that in many cases had been on the farm for centuries.

Most, but not all, of the Swedish sheep breeds are small sized creatures guarded with a thick dual-coated fleece that varies heavily as to wool type and structure. Looking at the demands of the early 1900’s – not to speak of today’s industry, you could say that these sheep are everything the industry doesn’t want. At the same time, they’re everything a small-scale farmer and a hand spinner could ever ask and wish for.

These hardy breeds are often very healthy and are perfect for clearing land, as they’re particularly fond of leaves and bark. They also produce the kind of wool that gives anyone who hand spins or felts endless opportunities to experiment. Every fleece is unique. Though it’s true that many of these breeds are dual-coated and have wool with great attitude, you will also find fleeces with the softest and finest of wool – quite often in the very same fleece.

Each of these breeds has its own history. There are success stories like the Gotland sheep, a modern breed developed in 1920’s known for its shiny long locks, that produce both good meat bodies and tremendous pelts, a breed that has been spread to UK, US, Australia and New Zealand. But there’s also the Fjällnäs sheep, a breed from the very north of Sweden, re-discovered in early 2000’s that has decreased in numbers lately and today struggles for survival with less than 50 individual sheep left.

With a great and growing interest for wool, Elin soon found out that the breeds she's used to, seldom would be found on the map of sheep. And there she was sitting with fourteen breeds of sheep that not many people had heard of, with wool that’s not like many others – and nobody knew about it. And so, Swedish Fibre was born.

So where does the wool comes from? Well, some of it is from the shop's founder, Elin Dahllöv, who had a farm 43 miles (70 km) from Gothenburg on the Swedish West Coast, where she raised Värmland sheep. I also work closely with suppliers around the country to be able to supply as many of the Swedish breeds, as possible. That also means I, in some cases, will be able to provide you the name or ID number of the sheep, together with the information of the farm that delivered the wool. Most of my suppliers run small scale farms, a few are professional breeders, but most have their sheep as a hobby. What ties them all together is the fact that all of them love their sheep and think they have the best breed there is.

What about the headstrong farmers? Well, they’re still out there. As late as in 2014, a “new” breed was admitted into gene bank and conservation program. This breed is till awaiting an official status from The Swedish Board of Agriculture. It’s called Tabacktorp sheep.

*FAO - Food and Agriculture Organisation of the United Nations. fao.org

Prices are calculated on 1st class letters (Prioritaire). Swedish 1st class letters do not include tracking or insurance. If you want insurance and a tracking number added to your order, please contact me for price information: info [!at] swedishfibre.com

Swedish Fibre certifies that correct information about the package content is clearly labeled on the package and that additional papers (such as declaration of Sweden being an FMD free country) needed for custom services to make a correct judgment of content is attached to the package.

If your country requires special documents for you to import raw wool, please contact us and we will try to find a solution.

If you have any questions or want to request a custom order, please contact me at info [!at] swedishfibre.com.

This Privacy Policy describes how and when I collect, use, and share information when you purchase an item from me, contact me, or otherwise use my services through Etsy.com or its related sites and services.
This Privacy Policy does not apply to the practices of third parties that I do not own or control, including Etsy or any third party services you access through Etsy.

2. Why I Need Your Information and How I Use It
I rely on a number of legal bases to collect, use, and share your information, including:
• as needed to provide my services, such as when I use your information to fulfill your order, to settle disputes, or to provide customer support;
• when you have provided your affirmative consent, which you may revoke at any time, such as by signing up for my mailing list;
• if necessary, to comply with a legal obligation or court order or in connection with a legal claim, such as retaining information about your purchases if required by tax law; and
• as necessary for the purpose of my legitimate interests, if those legitimate interests are not overridden by your rights or interests, such as 1) providing and improving my services. I use your information to provide the services you requested and in my legitimate interest to improve my services; and 2) Compliance with the Etsy Seller Policy and Terms of Use. I use your information as necessary to comply with my obligations under the Etsy Seller Policy and Terms of Use.

3. Information Sharing and Disclosure
Information about my customers is important to my business. I share your personal information for very limited reasons and under limited circumstances, as follows:
• Etsy. I share information with Etsy as necessary to provide you my services and comply with my obligations under both the Etsy Seller Policy and Etsy Terms of Use.
• Service providers. I engage certain trusted third parties to perform functions and provide services to my shop, such as delivery companies/postal services. I will share your personal information with these third parties, but only to the extent necessary to perform these services.
• Business transfers. If I sell or merge my business, I may disclose your information as part of that transaction, only to the extent permitted by law.
• Compliance with laws. I may collect, use, retain, and share your information if I have a good faith belief that it is reasonably necessary to: (a) respond to legal process or to government requests; (b) enforce my agreements, terms and policies; (c) prevent, investigate, and address fraud and other illegal activity, security, or technical issues; or (d) protect the rights, property, and safety of my customers, or others.

4. Data Retention
I retain your personal information only for as long as necessary to provide you with my services and as described in my Privacy Policy. However, I may also be required to retain this information to comply with my legal and regulatory obligations, to resolve disputes, and to enforce my agreements. I generally keep your data for the following time period: 4 years.

5. Transfers of Personal Information Outside the EU
I may store and process your information through third-party hosting services in the US and other jurisdictions. As a result, I may transfer your personal information to a jurisdiction with different data protection and government surveillance laws than your jurisdiction. If I am deemed to transfer information about you outside of the EU, I rely on Privacy Shield as the legal basis for the transfer, as Google Cloud is Privacy Shield certified.

How to Contact Me
For purposes of EU data protection law, I, Sandra Zetterlund, am the data controller of your personal information. If you have any questions or concerns, you may contact me at sandy [!at] swedishfibre.com.
See this Seller Handbook article for a sample privacy policy you can customize for your shop.