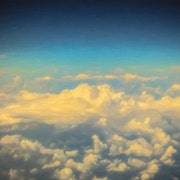 the fine art of Wood Dickinson

The creation of a fine art photograph is a focused and directed effort to capture an idea not just another shot of a sunset. At the core of my work I create ideas. A single idea was formed long before any photographs were taken. Part of the role of an artist is to see then examine and interpret all aspects of our existence. An artist examines the world, its people and their relationship with one another as well as with nature. I personally look at the emotions that dwell with in and drive what we do. I think about how one person's seeing isn't like the next.

Where I might see despair another sees horror and yet another may miss it all together. There's no one right interruption. I’m also a writer and published poet. When you read a poem know that the only
person who knows exactly what the poem means is the poem's author! Even the author isn't 100% clear on his poem's full meaning and depth. A poet strives to create a piece that elicits an emotional response. He knows that the life experience a reader brings to a poem impacts its meaning.

In fact, if the author doesn't engage the reader in an interpersonal way his work fails. Same story for art. I hope that a piece I create invokes an emotional response and causes the viewer a moment of introspection. Art falls into this same category.

With each photograph I create I start with the basic captured image. I look at this image as the stepping off point for the story I want the photograph to tell. In the end the image will bare little resemblance to itself when done. The process isn't important it's more about what I see underneath. I strive to push beyond the metaphor the image represents, strip away the false representation and expose what the image shows as part of The Real. That's what artists do.

On average I spend three hours in post-production on each photograph I create. Add to that the time spent to take the original image. The where of the image isn't as important to me as the what. It's about the story the photograph is telling.

As you enjoy my photographs remember you are in them as the unseen observer impacting the final reality of each piece. To extend your experience visit my online gift shop and purchase your own print to hang on your wall.

Last updated on January 23, 2023
Welcome. Here you can order my hand made limited edition ink jet prints. Sometime I have a Palladium print for sale so watch for the rare opportunity to own one of these singular works of art.