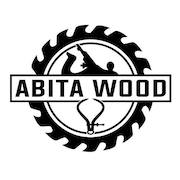 The Business was initially started in Maryland in 1984 under the name of "Wood Etc...by John". Hardwood toys were the main focus at the start but not many people were purchasing quality wood toys. In 1986 Laminated wood boxes were added to the inventory. Hair barrettes and key rings spawned from laminated wood cut offs. Sculptured boxes added a new dimension to the product line. 1987 I was accepted into the "St. Mary's County Art Association" opening the way to doing big art shows.

In 1992 the business relocated to Northern New York where the business continued to grow. Stocking gift shops and displaying at big shows both in Maryland and New York. High light was being accepted into the "Sugarloaf Crafts Festival" in 2001.

The business was dissolved in 2002 as I opted to work overseas as a contractor. I retired in 2020 and my son who had my old equipment suggested that we reopen the business in Louisiana.

How do you color your wood?

There is no paint or stain used. All colors are natural. A hand rubbed polyurethane and wax are used for the boxes (no wax for jewelry).

Is the finish on the toys kid safe?

The toys are finished with non-toxic toy oil from Cherry Tree Toys that I have been using for over 30 years.