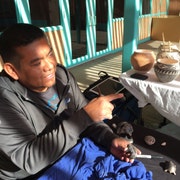 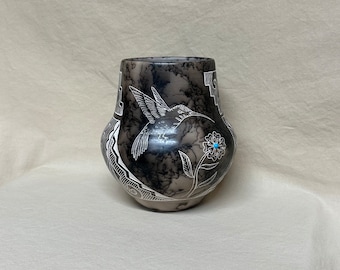 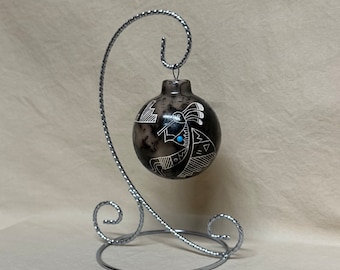 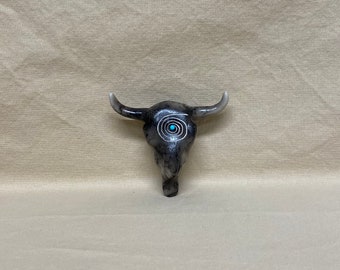 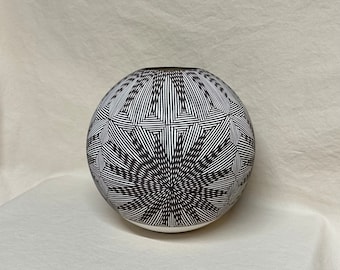 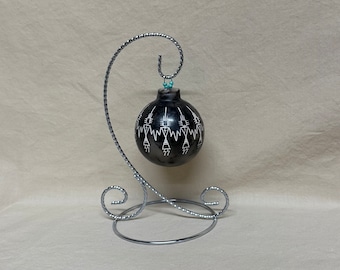 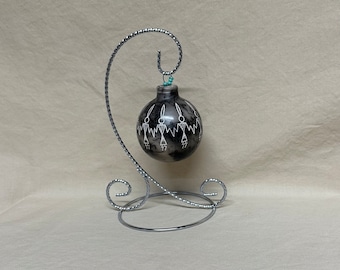 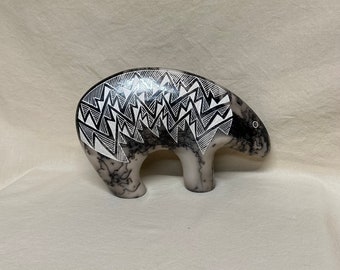 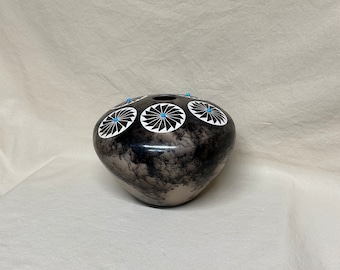 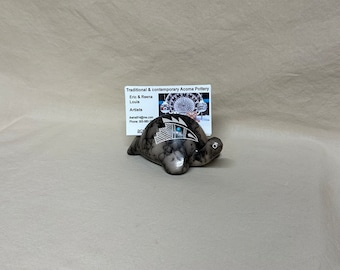 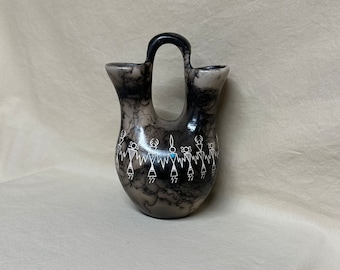 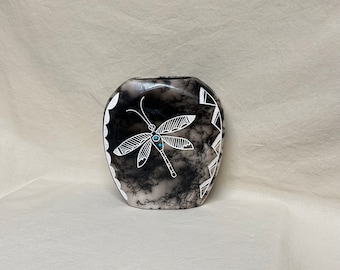 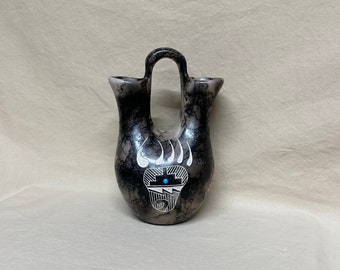 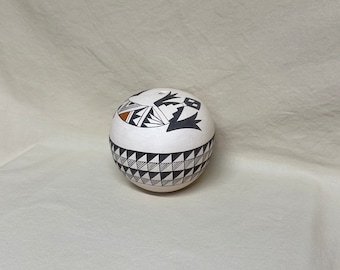 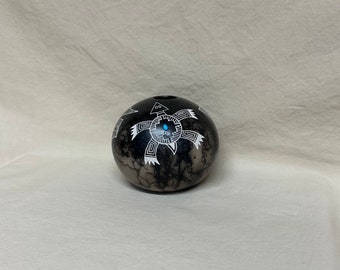 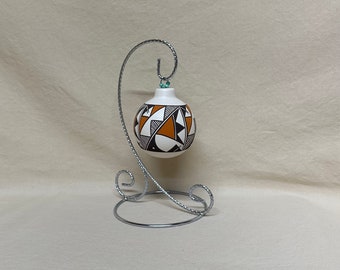 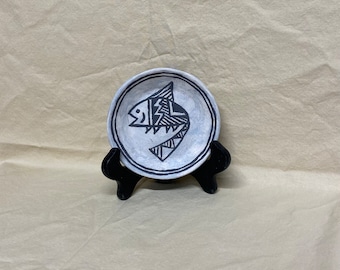 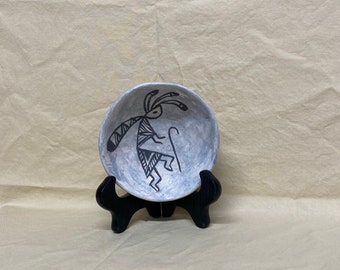 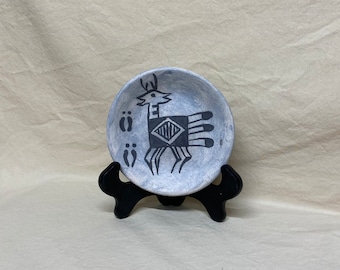 Originally Acoma is known for the hand coiled, painted pottery which Eric still creates. About 38 years ago Eric’s mother, Corrine (bear clan), while firing a batch of painted pottery. Accidentally had one of her own hairs fall onto the pottery while it was still hot. From this mishap a unique way of decorating the pottery was invented. To add further creation to the pottery she collaborated with Eric’s father, Gary (yellow corn), to add etching to the pottery after the firing.
Eric’s lineage stems from renowned potters Marie Z Chino, Carrie Chino-Charlie, Corrine Louis, & Gary “yellow corn”.
Inspiration from his family created a great foundation of traditional & contemporary Acoma pottery. All the stories and meanings are told if you’ve gotten a chance to meet Eric. Eric, along with his wife Reena, are teaching their children; Trevor, Marisa, & Kirah.

Traditional & Painted pottery Acoma pottery are available for purchase. Description on each piece will be provided.