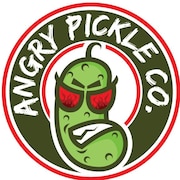 Announcement    Thank you for visiting my shop! I'm excited to bring you exciting and tasty homemade pickles. Let me know if you have any questions!

We offer 15% military and first responder discounts. Just shoot me a message for the code.

Local pickup is available for any customers within Onslow County. Please contact me to arrange it using the "Contact" link in my shop.

Thank you for visiting my shop! I'm excited to bring you exciting and tasty homemade pickles. Let me know if you have any questions!

We offer 15% military and first responder discounts. Just shoot me a message for the code.

Local pickup is available for any customers within Onslow County. Please contact me to arrange it using the "Contact" link in my shop. 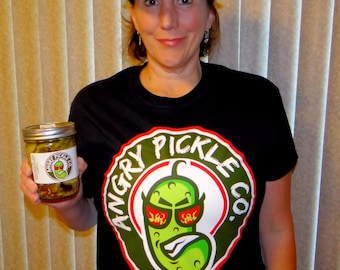 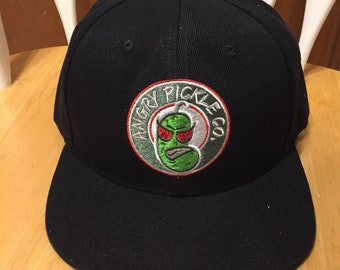 Retired Marine Corps veteran Stephen Clark regularly cans the vegetables from his garden, so pickled cucumbers were a natural extension of that passion. Giving canned goods to his friends as gifts, Stephen has been told time and time again that he made pickles to die for. During a large local event, Stephen was asked to mass produce his pickle recipe for 600 cyclists; to give them something they would enjoy and would make the event memorable. The result was the original Angry Pickle that was enjoyed by all. We hope to bring this awesome taste to your home. Angry Pickles uses fresh in-season produce, from various locations. We even grow a small selection of produce in our backyard. We want to give our customers crisp, crunchy and delicious pickled vegetables. Most of all, we want to expand people’s palates and give you the best pickle you’ve ever had.

All items are packed and sealed in 16 oz. mason jars.

Unopened pickles are good for up to one year. Once opened, refrigerate and eat within 2 weeks.

Angry Pickles ships to addresses within the U.S., U.S. Territories, and APO/FPO/DPO addresses.

We understand that damage can occur from time to time. We do our best to ensure the packages are protected. If for any reason you package is damaged during shipment, please take a photo of the damaged box before it is open and a picture of the damaged item after you have opened it as soon as possible and let us know and we will send you a new jar. Angry Pickles is not liable for any products lost during shipping. If you received your order damaged, please contact us.

Are your pickles gluten free?

A pickle is a cucumber that has been soaked in a briny solution to make it sour. Whether pickles are gluten free is sometimes questioned because they are made with vinegar and the safety of vinegar has been questioned in the past. The vinegar we use is distilled and is gluten free so the pickles are too. https://www.beyondceliac.org/gluten-free-diet/is-it-gluten-free/vinegar/

Do you offer local pickup?

Yes I do for any customers within Onslow County. Please contact me for a code to enter for local pickup. We will then arrange a meeting place so you can enjoy your pickles.